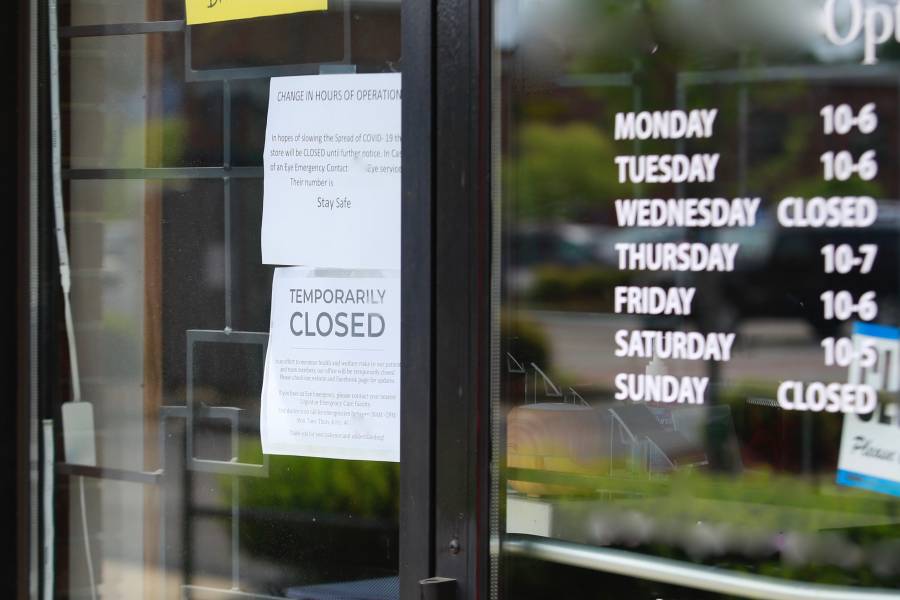 A closer look at the Paycheck Protection Program

Nagpurnanand Prabhala, an expert in corporate finance, examines the small business loan program and its effects on company value

When the U.S. Congress passed the Coronavirus Aid, Relief, and Economic Security (CARES) Act last spring, a key element of the bill included the formation of a $659 billion loan program to help companies meet their payrolls and offset part of the economic toll of the COVID-19 pandemic.

Through the Paycheck Protection Program, which is administered by the federal Small Business Administration, eligible firms with up to 500 employees could apply to banks for loans of as much as $10 million. Recipients would be subject to SBA audits to ensure the firms in fact needed the loans and were properly using funds.

In a new working paper for the National Bureau of Economic Research, Nagpurnanand Prabhala, a professor at the Johns Hopkins Carey Business School and an expert in corporate finance, is among a group of researchers to examine the PPP, its rollout, and the effects the loan program had on the stock market standings of various firms.

The SBA stopped accepting applications for PPP loans in August, but funding for another round of loans is included in the current stimulus proposal before Congress. The Carey Business School reached out to Prabhala for more insights about the program, its rollout, and its effects on the stock market values of various companies.

The terms of the Paycheck Protection Program loans are very generous—total forgiveness if used for wages and rent, and a charge of only 1% for any other expenses. Given these terms, why would any firm decline the opportunity for a loan in the midst of such a crisis?

Taking taxpayer funds invites—indeed necessitates—oversight to ensure that funds have been taken by the intended beneficiaries in the right amounts. The possibility that such oversight could find companies in violation is why some firms seem to not want such money.

While these concerns about audits and their negative findings may be viewed as hypothetical, the risk seems to be real, and release from it is valued by the market. Concerns about such investigations are known to damage shareholder value well beyond any direct penalties; this is because the investigations and any negative determination are quite stressful for firms and harm their reputation in the eyes of all key stakeholders. For instance, managers worrying about this end up spending time on staving off litigation and answering queries instead of running businesses. Board members worry about being seen as damaged goods. Shareholders, especially in the era when ethics and good governance are important, may file suits against firms.

Taking taxpayer funds invites—indeed necessitates—oversight to ensure that funds have been taken by the intended beneficiaries in the right amounts. The possibility that such oversight could find companies in violation is why some firms seem to not want such money.

Concerns appear to arise because the exact nature of the ex-post audit, its scope, and the process for determining release from an audit remain ambiguous. Moreover, when so many borrowers are involved, it takes time for audits to be done properly. The government requires firms to keep records for six years. Firms have to live with a long-lasting process. The government also reserves all rights to take any measures, even as it specifies penalty limits on the return of principal and interest. Finally, the concerns are more salient for listed firms that are constantly in the public eye. All these issues throw ambiguities in the minds of anybody wanting to take the money, but especially listed firms.

The two events are distinct. The first set of numbers establishes that taking PPP money is value-accretive and not a signal of dire circumstances. Thus, it doesn't seem to be the case that the market viewed firms that took PPP funds as sending a negative signal that they were so desperately short of funds that they had to take PPP money.

The second event is returning the funds without using them. The market rewards returners with share price increases. Thus, the market views as beneficial the release from possible government investigation and from a possible negative determination of taking funds.

One question that could be legitimately asked is whether returning cheap money is a signal of firms' strength: "We have the cash and thus don't need even cheap PPP funds." This doesn't seem to be the case. If this is correct, weaker firms should have more positive returns—as these firms are more strapped for cash and their telling the market that they still don't need loans should send a stronger signal. We don't see that. The stronger firms experience higher market returns. This is consistent with the litigation risk-avoidance benefits of returning PPP, since these better firms are more likely to have a negative determination of PPP eligibility.

Your study found that the larger, "better quality" firms received the bulk of the loans in the initial round of PPP lending. Why was that the case?

One interpretation is that this represents supply effects—that is, the decisions that banks made about which firms to work with early in the process. Banks like larger loans because, first of all, they yield more direct revenues from the PPP loans. The total amount paid out as processing fees is maybe $13 billion and is more for bigger loans. So banks want to push big loans sooner.

The PPP is designed such that fees are (roughly speaking) proportional to loan amounts. Frankly, this may be something to rethink. This fee structure creates incentives to push larger loans first.

In addition, in the first few weeks of the program, it looked like the capital was running out. As a bank, if you have a fixed pool of money, you want to earn the highest return possible within the pool you can push out. This leads you to larger loans. With the additional pressures of a fixed time window, you again want to get the large ones out of the door sooner to maximize fees. And on top of that, larger firms likely take larger loans, and these firms are just more profitable revenue-wise for the lending banks.

The PPP program was closed, as required by law, in August 2020. Do you believe it was a beneficial program?

Remember the scale and suddenness of the pandemic? Literally overnight, businesses had to close for not having customers, for not understanding how to work in bio-secure ways, and for worries that they could be spreading the virus and making things worse. At a time like this, businesses were staring at ruin, especially small businesses that always run tight ships with little balances in the bank. These businesses were, in fact, booming before the pandemic, with 4% unemployment in the U.S. It all suddenly came crashing down. Never have we seen unemployment go from 4% to 15% in a couple of months, and much of the harm was to small businesses, which had no choice but to try and let employees go or reduce their wage bill.

The PPP got money to the small businesses, in large part to pay employees their wages, in full for low earners and in part for those making annual compensation of $100,000 or more. Now, one could give wages to the COVID-displaced employees directly, through unemployment benefits such as the $600 per week announced under the CARES Act. But PPP channeled its money—still paid to employees—through businesses. This let the businesses stay whole and preserve their "organizational" capital.

Going forward, some businesses require support to stay afloat longer as they retool. For these businesses, PPP makes sense. Others may be out of the woods or must completely phase out or don't envisage reopening in the foreseeable future. Here, support such as the PPP that keeps the businesses afloat in their old form seems less useful than other forms of aid that help businesses and employees navigate to a new normal.

So I think that something like PPP may be needed, but maybe not on exactly the same scale with regard to employee payroll support. I imagine that we need more direct support for the employees of the businesses that are looking to phase out. Part of the other help for businesses transitioning to new models—formerly supported through PPP—may need new architecture to figure out whom to support, what parts of the businesses to support—e.g., nonpayroll portions—and how.

Finally, we note that $134 billion of the original $669 billion is still unspent. So there is some funding available for PPP in its original form, and what is not needed anymore can go to a second version or something else such as expanded unemployment coverage.

After conducting this study, could you reflect on how this program might be better administered if the need arises again?

Tangible recommendations come to mind. One, governments are very careful about specifying eligibility for PPP or other subsidized funding. Similar clarity would be very helpful in specifying what happens after—that is, what types of audits will be considered, what scope will they have, and what the safe harbors will be for firms (i.e., what set of actions will be enough to ensure a non-negative determination). One could state these with as much specificity as possible.

A second, related lesson comes from looking at the forms the government requires for forgiveness, which require great numbers of details on firms' plans during the pandemic. The first order of business then was perhaps about lives rather than livelihoods, and it is hard for anybody to imagine and recount business and capital planning in that period with a degree of specificity and in a manner that withstands any scrutiny by skeptics. Requirements of this sort could be made clear upfront—and to the extent they are helpful in focusing the minds of business owners, great!—but asking people to recount details, many not auditable or subjective and which may invite more questions, seems not particularly beneficial. For the vast majority of cases, this requirement seems burdensome.

Third, Monday-morning quarterbacking is unlikely to be helpful. Suppose a PPP-funded business did well after the onset of the pandemic. It is difficult to tell whether it did well despite PPP or it did well because of PPP. The first makes the PPP recipient culpable, and the second is a success story of the PPP. It is unclear how the Small Business Administration plans to make this determination in a manner that cannot be contested.

In short, yes, taking taxpayer money should come with strings attached, but is this a bit much?

Another lesson comes from the intermediaries who deliver such financing. The PPP is designed such that fees are (roughly speaking) proportional to loan amounts. Frankly, this may be something to rethink. This fee structure creates incentives to push larger loans first. However, if the effort in making loans is about the same for large and small firms, fees should have perhaps been designed per borrower and not have so much dependence on loan size. This would make even more sense to the extent that small firms are more threatened with bad consequences of COVID-19.

We also wonder whether the money given to businesses should have been somewhat matched by new capital put in by firms' owners. This would make the money better spent by aligning government spending with that by business owners.

Do you foresee further areas of research that could build on this study?

Yes. A greater understanding of bank involvement in the PPP is another area we are working on. Economic models for the longer-term PPP effects on business survival, employment generation, and investment spending will continue to be fodder for thought and analysis. It is a difficult econometric question as news about COVID-19 continued to spread, and businesses were forced to adapt rapidly. Disentangling what part of it was due to PPP will continue to be challenging. 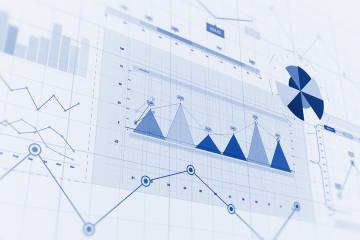 COVID-19 is transforming how companies use digital technology