Richard Johns, founding director of the Department of Biomedical Engineering, dies at 95 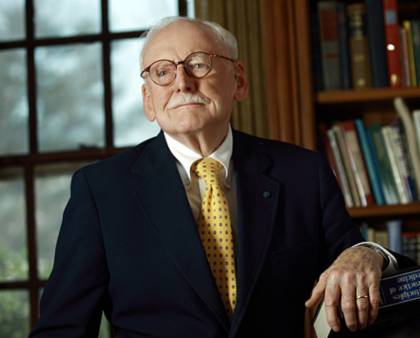 Richard Johns, founding director of the Johns Hopkins Department of Biomedical Engineering, died Nov. 29 at the age of 95 from complications of dementia. Johns oversaw the department's development into an internationally recognized leader in biomedical engineering, with a record of impact across many disciplines.

Much of Johns' professional education and career took place at the Johns Hopkins University School of Medicine. Those who knew him well recall his commitment as a physician, teacher, and researcher. His contributions to medicine, science, and education were exceptional, as was his instinct for collaboration, which figured significantly in the leadership role he played to define the field of biomedical engineering.

In his own research, he determined the biological origins of myasthenia gravis, a chronic neuromuscular disorder, and he was instrumental in developing a revolutionary, three-dimensional radiography system, among other breakthroughs.

Born in Pendleton, Oregon in 1925, Johns was interested in science and medicine, tinkering with everything from motors to phonographs to the early homemade radio receivers known as "crystal sets" that were popular in the 1920s and 1930s.

He came to Johns Hopkins in 1944 as a medical student after pursuing an undergraduate degree in physics at the University of Oregon.

While he was a medical student, Johns became a laboratory technician for Samuel Talbot, a founder of the biomedical engineering field and head of a biophysical division in the Department of Medicine. He quickly became proficient in building oscilloscopes, which were used to measure patients' heartbeats and brain waves, and other devices.

After leaving the School of Medicine to conduct research to fulfill his two years of required Army service, he completed an internship, residency and postdoctoral fellowship at Johns Hopkins before being appointed to the Department of Medicine faculty.

Johns is survived by three sons—James Johns, Richard Johns, and Robert Johns—seven grandchildren, one great-granddaughter, and other family members. His wife, the late Carol Johnson Johns, was a renowned lung disease expert who served as an assistant dean at the School of Medicine and an interim president of her alma mater, Wellesley College. Richard and Carol met when they were both medical residents. 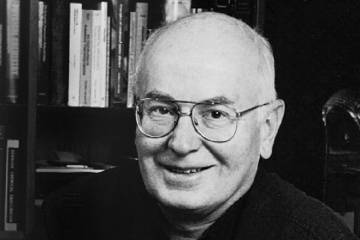 Published Sept 30, 2020
Poland, who taught at Hopkins from 1969 to 2014, was a major contributor to the field of statistical mechanics. He studied phase transitions and other singularities as well as order-disorder transitions in biological macromolecules, and was deeply respected as both a researcher and a teacher.