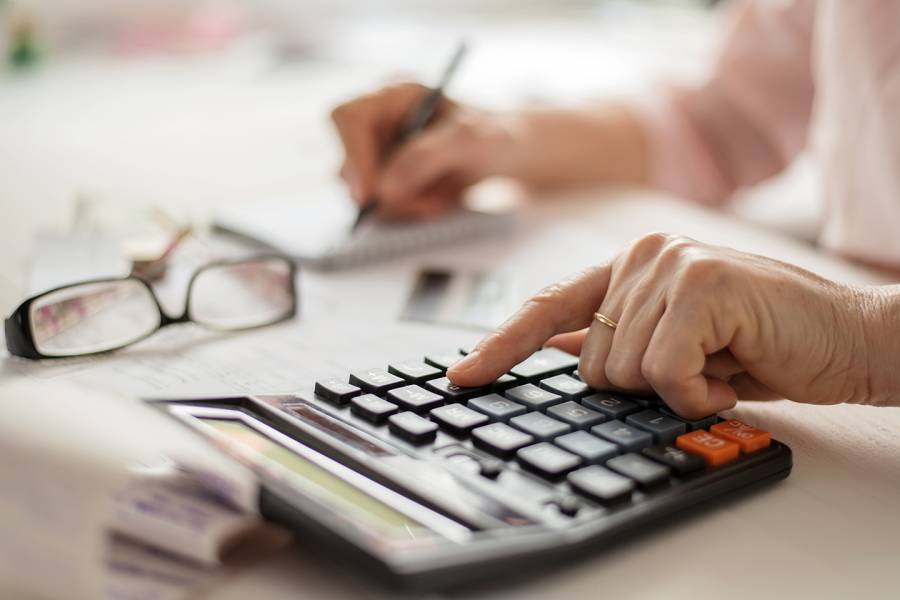 A new study led by researchers at the Johns Hopkins Bloomberg School of Public Health and the Federal Reserve Board of Governors found that Medicare beneficiaries who go on to be diagnosed with dementia are more likely to miss payments on bills as early as six years before a clinical diagnosis.

The study, which included researchers from the University of Michigan Medical School, also found that these missed payments and other adverse financial outcomes lead to increased risk of developing subprime credit scores starting 2.5 years before a dementia diagnosis. Subprime credit scores fall in the fair and lower range.

The findings, published online November 30 in JAMA Internal Medicine, suggest that financial symptoms such as missing payments on routine bills could be used as early predictors of dementia and highlight the benefits of earlier detection.

"Currently there are no effective treatments to delay or reverse symptoms of dementia," says lead author Lauren Hersch Nicholas, associate professor in the Department of Health Policy and Management at the Bloomberg School. "However, earlier screening and detection, combined with information about the risk of irreversible financial events, like foreclosure and repossession, are important to protect the financial well-being of the patient and their families."

"Our study is the first to provide large-scale quantitative evidence of the medical adage that the first place to look for dementia is in the checkbook."
Lauren Hersch Nicholas
Associate professor in the Department of Health Policy and Management

The analysis found that the elevated risk of payment delinquency with dementia accounted for 5.2% of delinquencies among those six years prior to diagnosis, reaching a maximum of 17.9% nine months after diagnosis. Rates of elevated payment delinquency and subprime credit risk persisted for up to 3.5 years after beneficiaries received dementia diagnoses, suggesting an ongoing need for assistance managing money.

Dementia, identified as diagnostic codes for Alzheimer's Disease and related dementias in the study, is a progressive brain disorder that slowly diminishes memory and cognitive skills and limits the ability to carry out basic daily activities, including managing personal finances. About 14.7% of American adults over the age of 70 are diagnosed with the disease. The onset of dementia can lead to costly financial errors, irregular bill payments, and increased susceptibility to financial fraud.

For their study, the researchers linked de-identified Medicare claims and credit report data. They analyzed information on 81,364 Medicare beneficiaries living in single-person households, with 54,062 never receiving a dementia diagnosis between 1999 and 2014 and 27,302 with a dementia diagnosis during the same period. The researchers compared financial outcomes spanning 1999 to 2018 of those with and without a clinical diagnosis of dementia for up to seven years prior to a diagnosis and four years following a diagnosis. The researchers focused on missing payments for one or more credit accounts that were at least 30 days past due, and subprime credit scores, indicative of an individual's risk of defaulting on loans based on credit history.

To determine whether the financial symptoms observed were unique to dementia, the researchers also compared financial outcomes of missed payments and subprime credit scores to other health outcomes including arthritis, glaucoma, heart attacks, and hip fractures. They found no association of increased missed payments or subprime credit scores prior to a diagnosis for arthritis, glaucoma, or a hip fracture. No long-term associations were found with heart attacks.

"We don't see the same pattern with other health conditions," says Nicholas. "Dementia was the only medical condition where we saw consistent financial symptoms, especially the long period of deteriorating outcomes before clinical recognition. Our study is the first to provide large-scale quantitative evidence of the medical adage that the first place to look for dementia is in the checkbook." 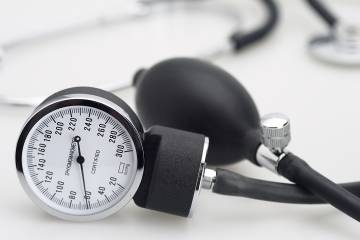 Published Aug 22, 2019
Those with high blood pressure in middle and later life were 49% more likely to develop dementia than those with normal blood pressure at both times