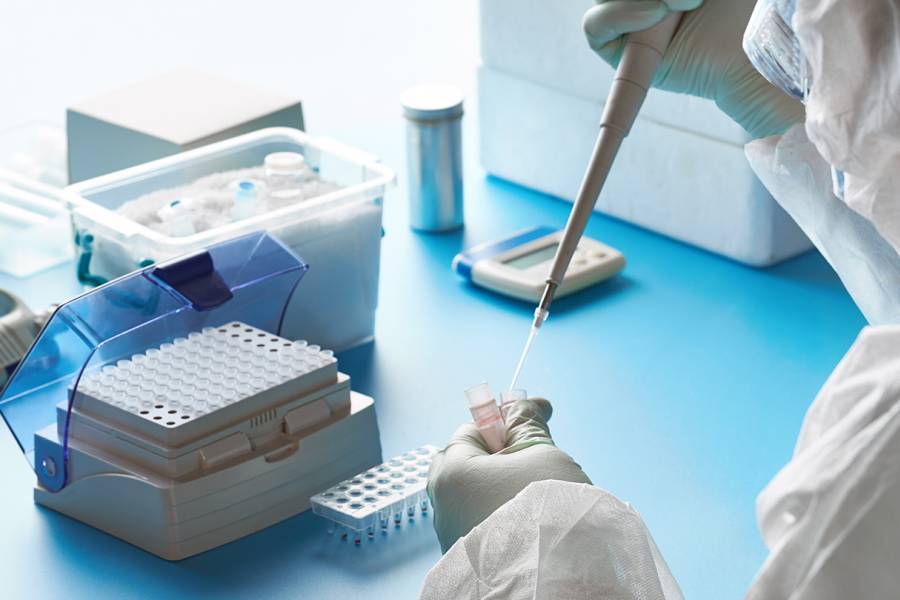 What are the different kinds of COVID-19 tests?

Yuka Manabe, a Johns Hopkins expert in infectious diseases and testing, offers a survey of the current testing landscape

Testing, testing, and more testing—it's one of the most-discussed topics in the COVID-19 pandemic.

Getting it right is widely considered a crucial step in understanding and ending the pandemic. A common refrain is that we simply need more of it in more places, but there's a lot more to it than that. There are several types of tests measuring different things, and new innovations and strategies are emerging all the time.

So, what tests are there? How can they be improved? How can we make better use of the ones we have? What do we need to scale up to what's needed? What does the future hold?

To help explain the differences among tests and the different purposes they can serve, Yuka Manabe, a Johns Hopkins expert in infectious diseases and testing, offered a survey of the current testing landscape in an interview with Stephanie Desmon for the Public Health On Call podcast. The following article pulls highlights from their conversation.

There are two main types of diagnostic tests: Molecular tests are the most accurate but usually must be analyzed by lab technicians. Antigen tests are fast and inexpensive but less accurate.

What they have in common:

These tests look for the virus's genetic material and are the current standard for diagnosing COVID-19. They are conducted using a nasal or throat swab, though some tests use saliva. Most testing sites use polymerase chain reaction tests, which are very accurate but are usually performed in large certified labs and require skilled lab workers. Results can take several days to come back. Rapid point-of-care molecular tests, such as Abbott's ID NOW, can provide results within 13 minutes. Other authorized platforms (Mesa Biotech, Cepheid, Liat, GenMark) take from 30-120 minutes and are very easy to perform. These tests can also be used outside traditional health care settings, and they are quickly becoming more widespread.

Some point-of-care molecular tests (particularly Abbott ID NOW) are less sensitive than reference lab tests. Molecular tests do produce false negatives, but not very often. False negatives are unlikely when a person has the most virus, which is usually in the first five days of symptoms.

Takeaway: If a molecular test said you were negative for the virus in the first five days you showed symptoms, you are probably not infected. Further along in the illness, it may be more difficult to determine.

These rapid tests, which detect certain proteins on the surface of the virus, are inexpensive, efficient, and fast. Four of these tests have been FDA approved for emergency use. They can be used to make a clinical diagnosis in symptomatic patients in the first five days of symptoms. However, they aren't currently recommended for screening asymptomatic populations. They are conducted using a nasal or throat swab, and results can be fast as 10-15 minutes or up to an hour. False positive results are fairly unlikely with these tests when used as described above, but if you have symptoms and receive a negative antigen test result, you may still have COVID-19 and may need a molecular test for confirmation.

Takeaway: Antigen tests would be very good screening tests for symptomatic patients early in illness—particularly in settings where access to a molecular tests is poor or where it takes a very long time to get results. Screening of symptomatic pediatric patients who commonly get respiratory viruses may also be a good reason to use them.

These tests detect antibodies that signal that the body has mounted an immune response to the virus. They do not indicate whether a person has current COVID-19 infection, or when they were exposed. They are conducted using a blood draw, and results can arrive same day or take up to three days.

Takeaway: Antibody tests are mainly used to estimate the prevalence of COVID-19 in a certain population—what proportion has been infected, who may still be at risk, and who may be a potential donor of convalescent plasma, which is being studied as a potential COVID-19 treatment. These tests can be useful for people who had telltale COVID-19 symptoms but received negative test results—perhaps because they were tested later in their illness—to determine whether they likely had COVID-19 in the past.

All of these tests require various components including swabs, vials, and "viral transport media"—the liquid the swab sits in while it's being transported to a lab. At some point during this pandemic, one or all of these components have been in short supply. Because the outbreak has never been contained in the U.S., tests have been prioritized for medical care.

Supply chain issues continue to make testing challenging, so immediate solutions should focus on infection prevention to lower the need for tests. Testing innovation could help in the longer term.

The future of testing

Neither antigen nor molecular tests can tell if a person has infectious virus—meaning the virus is not only present but capable of invading cells and reproducing, causing an infection. This is possible to measure—but very few labs are conducting these tests in the U.S. Because these tests involve growing the virus, they require highly specialized labs, and these tests are not available to the general public.

In the absence of widespread lab testing for infectivity, our best estimate of whether a person can transmit the virus is based on time: that most people will stop having infectious virus after about 12 days of symptoms, and that probably for two or three days before symptoms arise, you could also have infectious virus.

Gaining testing compliance with a wide portion of the population is also complicated by the fact that nasal and throat swabs are uncomfortable—and that's particularly problematic for those who have to get tested frequently. Researchers are studying less invasive methods such as breath-based tests, and are working to refine saliva tests.

One bright spot may be the opportunity for pooled testing. With super-sensitive PCR tests, a group of specimens can be "batched" and tested together instead of tested individually, to indicate whether anyone in that group is infected. If the pooled test is positive, individuals can then be tested. This method, which has already been deployed in low-resource settings, is gaining more attention as a way to give more mileage to limited testing supplies, because it can rule out the need to test many people individually. It works best in areas with low prevalence of the virus.

A version of this article originally appeared as part of the Bloomberg School of Public Health's COVID-19 Expert Insights webpage. 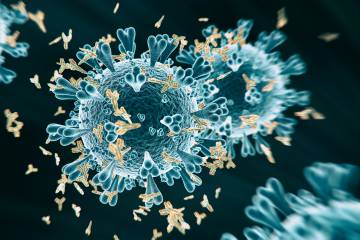 Published Nov 13, 2020
The test could prove useful for large-scale screening and epidemiological surveys and cuts down on reliance on blood draws 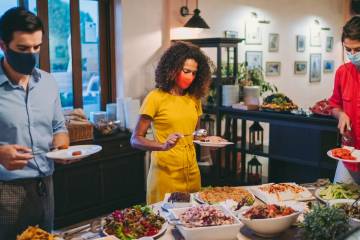 How to make decisions about winter holiday gatherings amid COVID-19

Published Nov 13, 2020
What you—and your guests—need to consider before gathering for the winter holidays