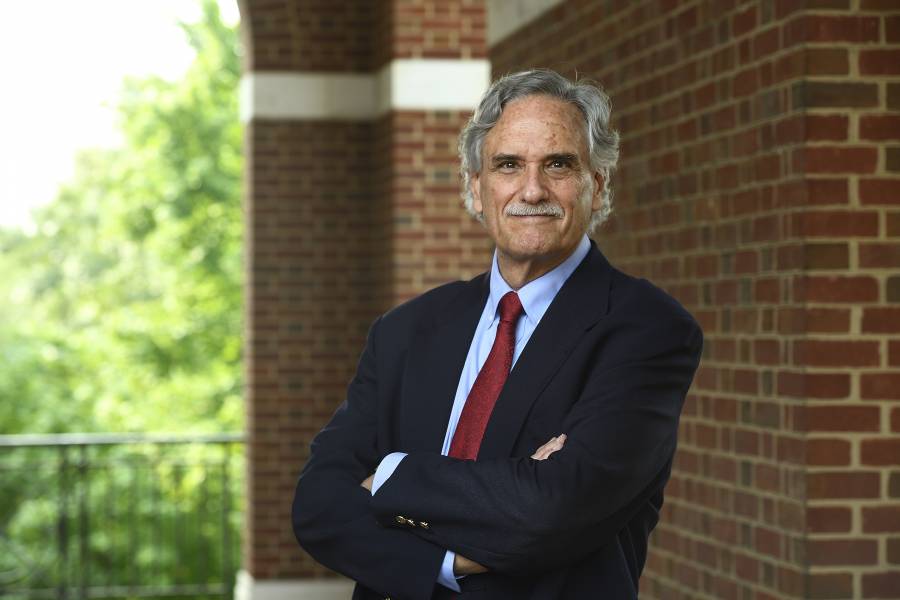 At a time when the education world is experiencing a period of upheaval unlike any in the past, the Johns Hopkins School of Education has announced that it has named Robert Slavin, director of the Center for Research and Reform in Education, as the first-ever School of Education Distinguished Professor. The honorary position is a three-year, renewable appointment that recognizes an extraordinary record of scholarship and distinction over the course of Slavin's more than four decades at Johns Hopkins University.

"Throughout his career, Bob Slavin has been known for coming up with big ideas that make a big impact in education," said Christopher Morphew, dean of the School of Education. "This distinction is a much-deserved and, frankly, overdue recognition of an incredible career that has had a profound effect on American education and American lives."

Slavin is considered the world's foremost advocate for using evidence to transform educational policy and practice. Through his career, he has championed evidence-based ways to improve schools, and his ideas about education have shaped much of what the world understands about school reform. His focus on "what works" has shaped thousands of schools and affected millions of students, not only in the United States, but around the world.

Slavin made a name for himself as a pioneer of cooperative learning, which holds that learning happens best when small teams of students, with varying degrees of ability, work in groups to understand a subject. First, he showed that cooperative learning was most effective when designed for use with specific subjects and grade levels, and then created exemplary cooperative learning programs for struggling readers and English learners. Slavin's work transformed and elevated thinking about the strategy. Once considered novel, cooperative learning is now foundational in schools across the country and vibrant as ever intellectually.

Likewise, with his wife and longtime education research colleague Nancy Madden, Slavin is cofounder of the Success for All Foundation, dating to 1987. Success for All promotes thoroughly researched, proven-to-work literacy programs for students in preschool and early grades, where reading success is most critical. Now used in more than 1,000 schools across the country, Success for All has helped millions of American children learn to read and create new life trajectories through education.

"[T]he best sustained record of producing better-educated children in difficult circumstances, in hundreds of schools over many years, is a rigorously field-tested curriculum called Success for All," Nicholas Lemann wrote of the program for The New Yorker.

Slavin was also co-principal investigator of the now-famous Baltimore Reading and Eye Disease Study, which performed vision and reading assessments of elementary students in Baltimore City Public Schools. BREDS flowed out of a simple question: What if some students can't read because they can't see well? The study positively demonstrated the answer to the question through rigorous evidence and led to the groundbreaking Vision for Baltimore program, which now provides free vision screenings at all Baltimore City Public Schools—and free eyeglasses to any student who needs them. Since 2016, Vision for Baltimore has delivered more than 9,000 of pairs of glasses to Baltimore students.

Perhaps the biggest of Slavin's big ideas, however, is his latest effort calling for a national "Marshall Plan" for education to counteract the negative impacts COVID-19 has had on the education of American youth. Like its namesake effort, a massive endeavor that restored Western Europe to economic prominence in the aftermath of World War II, Slavin says that no expense should be spared to accelerate student achievement, not just to pre-pandemic status quo, but far beyond.

"It's a great honor to be recognized with this professorship. It's a testament to the fundamental role that education plays in American life and the profound impact that evidence and effort can have on the fortunes of America's children," Slavin said. 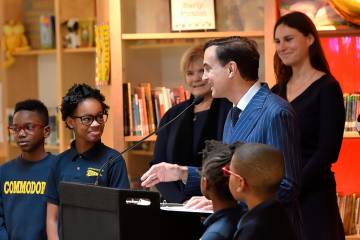