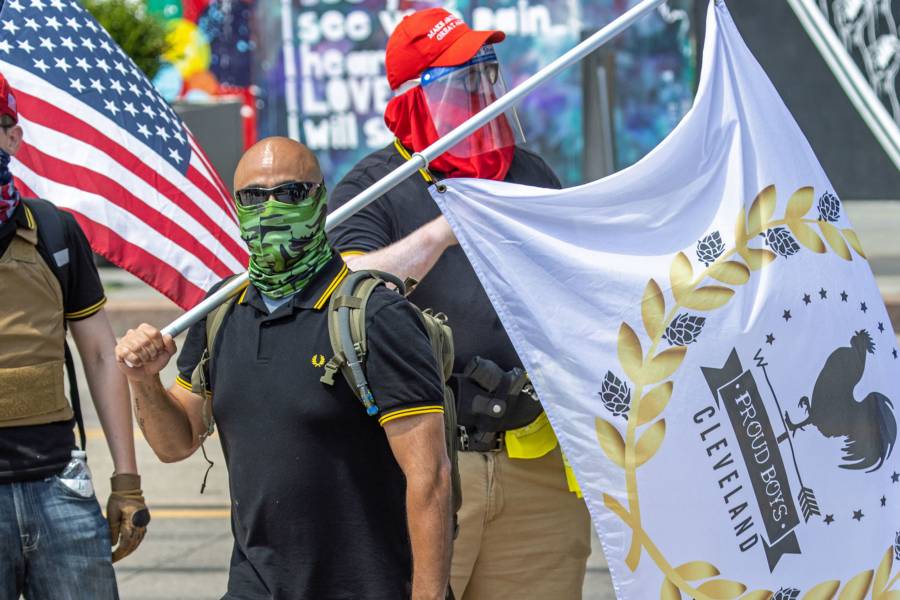 As the 2020 election draws to a close, experts caution that partisan division across the nation could spark localized or large-scale violence on the election's final day or in its immediate aftermath.

The concerns are borne out by new research. A recent study conducted by a bipartisan group of researchers at the Hoover Institution, New America, the Hudson Institute, and two universities found that one in three Americans who identify as Democrat or Republican say that violence could be justified in order to advance their party's political agenda. The more a respondent aligns with their party ideologically, the more likely they are to support violence—as much as four times more likely, in some cases.

Altogether, about 20% of Americans with strong political ties to one political party say they are "quite willing to endorse violence if the other party wins the presidency," according to the study.

For insights about the risk of violence in the wake of the election, the Hub spoke to Eugene Finkel, an associate professor at the Johns Hopkins School of Advanced International Studies. His research focuses on how institutions and individuals respond to extreme situations such as violence and political upheavals.

In the lead-up to Election Day, we've seen examples of voter intimidation, and the rhetoric only seems to be rising in temperature. How seriously should we take threats of violence as a result of the election?

I think we should take those threats very seriously and need to be prepared, even though I think the likelihood of large-scale violence is not high. We need to be prepared because elections are focal points for people to organize around. Elections provide an opportunity for people to air their grievances, to take to the streets, to organize, and to operate. And the availability of guns in this country and the presence of militias don't help. There is also inflammatory rhetoric that increases the risk.

"Psychologically, this is a very dangerous time with a potential for violence because people on both sides of the political divide feel that they are losing out, either electorally or socially."
Eugene Finkel
Associate professor, School of Advanced International Studies

Psychologically, this is a very dangerous time with a potential for violence because people on both sides of the political divide feel that they are losing out, either electorally or socially. And we know from psychology and economics that when people believe they are losing, they are willing to take more and more risky actions in order to prevent their losses. Think about gamblers in a casino drawing more money to prevent the losses they're experiencing. We can apply that analogy to electoral politics. Both sides are feeling that they are losing out, so they're willing to take more risks.

Now, having said that, it's important also to understand what kind of violence we're talking about. The potential for violence is certainly high, but if we think about left-wing groups, organizations, Antifa, they are most likely to engage in clashes with the police and street rioting. We're not talking about a civil war with these groups. But when we are talking about right-wing militias, then certainly the threat of large-scale violence increases because those groups are much more organized, more armed, and less policed. In the grand scheme of things, I would be much more worried about militia groups.

The doomsday scenario of a civil war I don't think is a realistic possibility at this point. For that to happen, we would need elites on both sides to take serious steps to encourage their followers to engage in that. And without the elites, I don't think we're going to see civil war.

If there are large-scale demonstrations that include violence, what options do authorities have to contain it? Is there a risk of those interventions increasing the violence overall?

Oh definitely. There are things that authorities might do that will increase—or decrease—the risk of violence. And again, it matters what kind of violence we're talking about. If you're talking about protests that include looting, randomized violence, or clashes with the police, typical military-style police responses—bringing in heavy armor, intimidating protestors—will probably make things worse, as we saw in places such as Portland earlier this year. If we are talking about violence by organized militias, then such a response would be necessary.

"Both sides of the political spectrum have grievances, so the cure-all would be for national leaders to acknowledge those grievances and diffuse the situation by talking about how the political system can address them."

I think authorities would do well not to over-police street protests and not to under-police right-wing militias. But looking at things right now, I think the risk of under-policing of militias is the far more likely scenario and the larger danger.

What kinds of motivators drive people to engage in violent uprisings?

There are two big factors that drive people to participate in high risk activities including violence: grievances and opportunism. When we are thinking about the post-election landscape, opportunism might be present—people looking to loot or break the tension by getting wild—and law enforcement might be driven to go after those people. But what is much more important is the group of people motivated by their grievances. And they tend to be much less vocal. Again—both sides of the political spectrum have grievances, so the cure-all would be for national leaders to acknowledge those grievances and diffuse the situation by talking about how the political system can address them. If those grievances are instead amplified by political elites, or they are presented as problems that cannot be addressed within the existing constitutional framework, I think we'll be looking at the potential for bad things to happen. That's when the civil war scenario might become a reality.

Are there any past events, either in this country or elsewhere in the world, that remind you of this moment in the U.S.?

But I know what it is not. I've lived through the collapse of the Soviet Union, and it doesn't feel like a state collapse. And as yet, it doesn't feel like we're sliding toward a civil war. I also lived for close to 20 years in Israel and saw several intifadas and wars, and it also doesn't feel like that. The closest thing this feels like is an "election for the soul of the country"—how the country is going to look, what its identity is—and I did see that in Israel in the 1990s. Of course, that ended badly with the assassination of the prime minister.

One of the biggest challenges of talking about this election is that the moment is actually so unprecedented, in terms of what is going on with the pandemic. There is no other frame of reference—we're pretty much in uncharted territory, and you could paint the most optimistic scenario or the darkest, and you could be absolutely justified in doing either. For me, the biggest point is that nothing is predetermined. Things can go in any direction. So every moment matters. 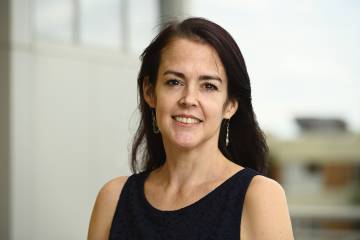 Published Oct 30, 2020
Lisel Hintz, who has studied the rise of populism, de-democratization, and authoritarianism in Turkey, sees troubling signs that the U.S. is on a similar path 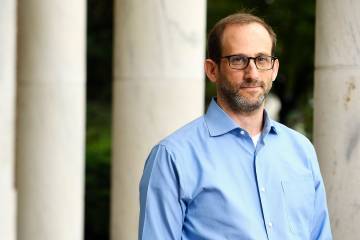 We must ensure a free, fair, peaceful election

Published Oct 27, 2020
Political scientist Adam Sheingate decries threat of organized violence at the polls: 'This election, we stand on the edge of a precipice'