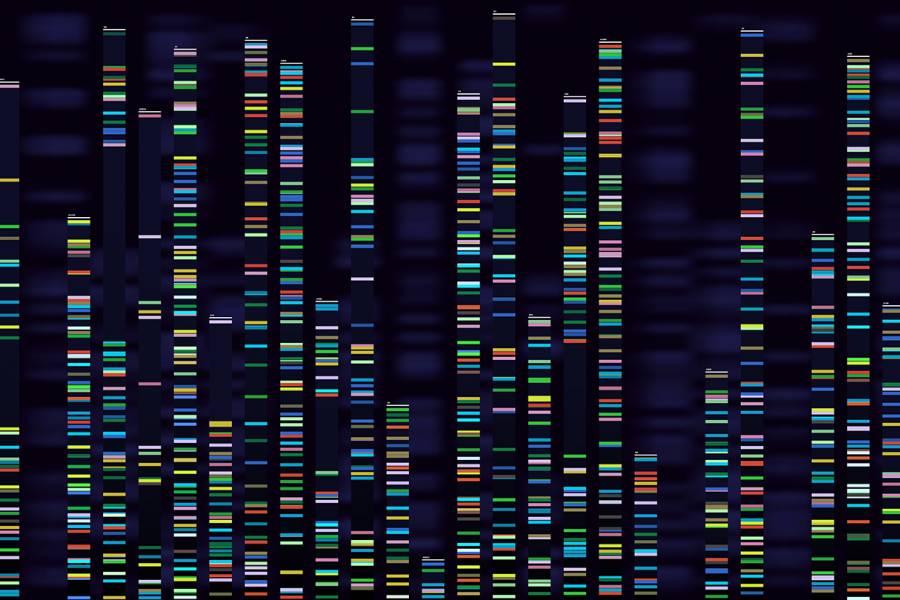 The laboratory of Johns Hopkins biomedical engineering professor Alexis Battle has developed a technique to begin identifying potentially problematic rare genetic variants that exist in the genomes of all people, particularly if additional genetic sequencing information was included in standard collection methods. The team's findings are published in the latest issue of Science and are part of the Genotype-Tissue Expression Program funded by the National Institutes of Health.

"The implications of this could be quite large. Everyone has around 50,000 variants that are rare in the population and we have absolutely no idea what most of them are doing," Battle said. "If you collect gene expression data, which shows which proteins are being produced in a patient's cells at what levels, we're going to be able to identify what's going on at a much higher rate."

While approximately 8% of U.S. citizens, mostly children, suffer from genetic disorders, the genetic cause has not been found for about half of the cases. What's even more frustrating, according to Battle, is that even more people are likely living with more subtle genetically influenced health ailments that have not been identified.

"We really don't know how many people are out there walking around with a genetic aberration that is causing them health issues," she said. "They go completely undiagnosed, meaning we cannot find the genetic cause of their problems."

The field of personalized genomics is unable to characterize these rare variants because most of these abnormalities, specifically those that occur in "non-coding" parts of the genome that do not specify a protein, are not tested. Doing so would represent a major advance in a growing field that is focused on the sequencing and analysis of individuals' genomes, she said.

The Battle Lab developed a computational system called "Watershed" that can scour reams of genetic data along with gene expression to predict the functions of variants from individual's genomes. They validated those predictions in the lab and applied the findings to assess the rare variants captured in massive gene collections such as the UK Biobank, the Million Veterans Program, and the Jackson Heart Study. The results have helped to show which rare variants may be impacting human traits.

"Any improvement we can make in this area has implications for public health," Battle said. "Even pointing to what the genetic cause is gives parents and patients a huge sense of relief and understanding and can point to potential therapeutics."