Previous studies have found evidence that the chemical can have pro-inflammatory effects, so researchers investigated the link between BPA exposure and the extent of asthma symptoms 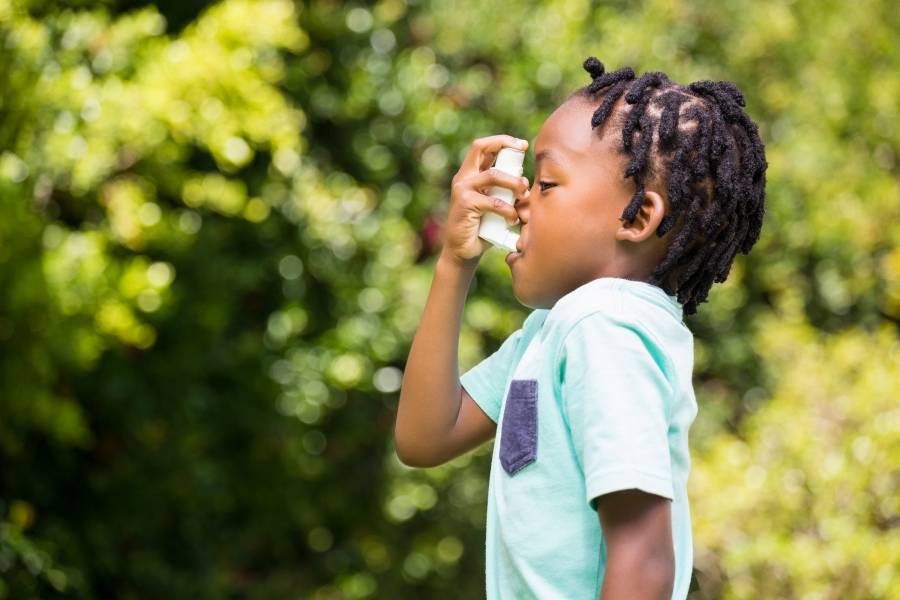 Children in low-income neighborhoods in Baltimore tended to have more asthma symptoms when levels of the synthetic chemical BPA, Bisphenol A, in their urine were elevated, according to a study from researchers at the Johns Hopkins Bloomberg School of Public Health and School of Medicine.

While some products, including baby bottles, no longer contain BPA, exposures to BPA remain almost universal, and there are still concerns that, especially in childhood, those exposures might have a health impact.

For their analysis, the researchers examined clinical data and urine samples, taken at three-month intervals over a year, from 148 predominantly Black children in Baltimore. They found consistent links between higher BPA levels in urine and measures of recent asthma severity.

The study, published July 28 in the Journal of Allergy and Clinical Immunology, is thought to be the first to examine children's environmental exposures to BPA, BPS, and BPF and their associations with asthma severity.

"Our findings suggest that additional studies are needed to examine this BPA-asthma link, given the high burden of pediatric asthma and widespread exposure to BPA in the United States."
Lesliam Quirós-Alcalá
Assistant professor, Department of Environmental Health and Engineering

"Our findings suggest that additional studies are needed to examine this BPA-asthma link, given the high burden of pediatric asthma and widespread exposure to BPA in the United States," says lead author Lesliam Quirós-Alcalá, assistant professor in the Department of Environmental Health and Engineering at the Bloomberg School. "This is especially important given that Black Americans have higher asthma rates than whites and also, according to CDC data, have higher exposure to these chemicals than whites."

BPA is a chemical building block used to make polycarbonate plastic as well as some epoxies. Produced at the rate of about 7 million tons per year worldwide, it can leach from polycarbonate bottles into the liquids they contain, and from epoxies that line cans of soup and other food items. A 2011 study published found that eating soup from cans lined with BPA-containing epoxy caused study participants' BPA levels to rise by a factor of almost 20.

BPA can activate estrogen receptors on cells, which suggests that it may have hormone-like effects—disrupting human biology even at very small exposure levels. Animal studies have found evidence that the chemical can have pro-inflammatory effects. Epidemiological studies have found that people with higher BPA levels in their urine are more likely to have cardiovascular disease, diabetes, asthma, and some other conditions. Children are in principle more vulnerable, to the extent that they use BPA-containing products more often than adults do. Due to consumer concerns, companies stopped making BPA-containing baby bottles and sippy cups more than a decade ago, and have largely switched to non-BPA can epoxies.

BPS and BPF are close chemical relatives, or analogs, of BPA, and are found, for example, in can linings and thermal printer receipts—often as replacements for BPA. They too can interact with estrogen receptors, although very little is known about their health impacts at current exposure levels.

In the new study, Quirós-Alcalá and colleagues examined the link between BPA and asthma. More than 25 million Americans, including about one out of twelve children, have this airway inflammatory disorder.

While prior studies in children have linked higher BPA levels to a greater likelihood of developing asthma, the researchers here looked for a link between BPA exposure and the extent of symptoms in established asthma—or asthma "morbidity," as epidemiologists call it.

To do this, they analyzed clinical data, as well as stored urine samples, from the Mouse Allergen and Asthma Cohort Study, which was conducted from 2007 to 2010 in Baltimore and covered 148 asthmatic children between 5 and 17. The study included 85 boys and 63 girls. Most of the children (91%) were Black, and most (69%) came from households with annual incomes below $35,000. Each child in the study was evaluated by doctors every three months for a year, and at these visits the child's caregiver filled out a questionnaire about the child's recent asthma symptoms and medical care.

Quirós-Alcalá and her colleagues found BPA in every urine sample taken during the study, with a mean concentration of 3.6 nanograms per milliliter—consistent with one study of low-income minority children in the U.S., but several times higher than levels measured in other groups.

The children in the study varied greatly in their urine BPS levels, and the researchers found that a ten-times-greater level of BPS was associated with a 40% increased chance of having had "coughing, wheezing, or chest tightness" in the prior two weeks, along with an 84% and 112% increased chance of reporting an acute care or an emergency-room visit in the prior three months.

When the researchers analyzed the children by sex, they found that these associations remained statistically significant only for the boys.

The analysis also showed that BPS and BPF levels in urine of the 148 children were much lower on average than those for BPA, and in some urine samples were not found at all. Higher BPS or BPF levels were not consistently associated with more asthma morbidity.

This was an associational study and does not prove that BPA exposures caused health effects, but it suggests that more conclusive studies of cause and effect should be done, the researchers say.

"If these findings are confirmed in future studies, then avoiding or limiting contact with BPA sources may be advisable for families who have children with asthma," Quirós-Alcalá says.