Looking to the past to peer into the future

Historian John M. Barry, author of 'The Great Influenza,' looks to the lessons of the 1918 flu pandemic for insight on confronting COVID-19 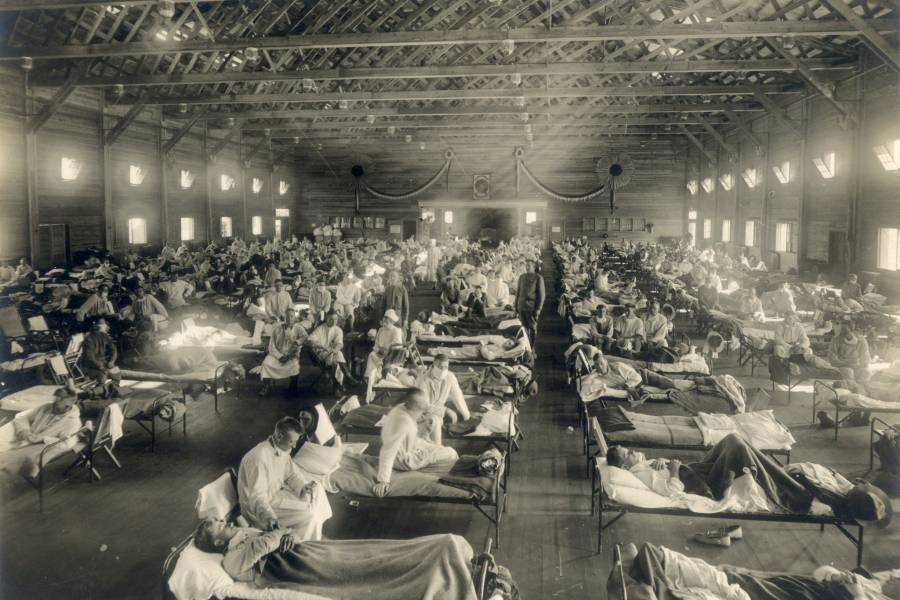 Image caption: Doctors and nurses tend to the sick in a converted infirmary at Fort Riley, Kansas, during the 1918 Spanish flu pandemic

For seven years, John M. Barry immersed himself in the 1918 flu pandemic that killed more than 50 million people. In The Great Influenza, he chronicles the virus's global devastation, its personal toll that saw entire families dying together, and scientists' struggles to understand the swiftly moving virus. 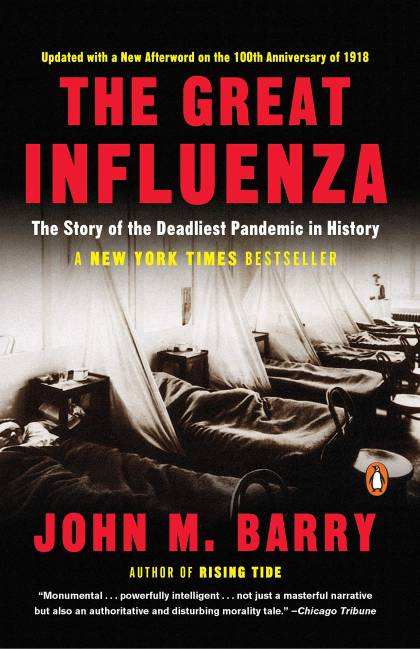 The book, which has returned as a best seller on Amazon, has made Barry a sought-after source for history's pandemic lessons and insights on our future. Barry, an advisory committee member of the Bloomberg School's Center for Humanitarian Health, uncovers the pandemic's impact on science and leaders—and what he's watching for now.

Based on what happened in 1918, do you expect that this pandemic will lead to major transformations in science and how science gets done?

That remains to be seen. Right now, clearly there is much more cooperation than probably there has ever been. I'm in a Google group of more than 200 scientists from more than 30 countries. There's talk among competitors of collaborating on this, on that—you know, trying to swap information, trying to figure something out—[by] people who've never collaborated before.

So, there is a coming together to solve a common problem. That is, to me as an observer, very gratifying. And hopefully, of course, they will reach a solution sooner rather than later. In 1918, there was a real spur to science. I think that will happen again.

And for the scientists themselves?

I think science is going to attract very talented, very smart young people. A few years ago, maybe they would have gone to Wall Street. But I think some of those people will be very much taken with the intellectual challenge—and really the excitement—of science.

Are you surprised that science itself isn't further along than it is—that vaccines take years to develop and new drug therapies aren't that much quicker?

If you're talking about the sclerotic structure for routine progress, yes. Obviously now it's moving with amazing speed. Of course, we don't have a solution at this point. In six weeks, maybe we'll know quite a bit more about therapeutics and possibly a vaccine as well. They've already begun trials in both areas. That's extraordinary.

One of your book's main lessons is the need for leaders to communicate clearly and honestly. In late January, President Trump said this about the coronavirus: "We have it under control. It's one person coming in from China. It's going to be fine." What are the costs of the U.S. president saying things like that? 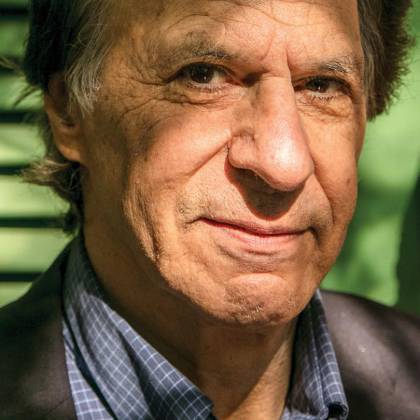 Well, it makes it much more difficult to get people to take it seriously. It's created compliance problems. By questioning the severity of this outbreak from the very beginning and continuing to do so for months, it sort of imprinted into the minds not only of people who support him but other people as well. That makes compliance with guidance much more difficult.

What are the lessons here? How does a country get the kind of leadership that it needs in a pandemic?

It elects the right people. [Laughs] When it comes to leadership, that is a function of personality. George W. Bush passed multibillion-dollar legislation, much of it invested in vaccine technology, a national stockpile, and plans for a pandemic. I was part of that planning process. I always advocated for telling the truth, and nobody really disputed that. Transparency is written into the federal plan, and it is written into every one of the state plans funded by that legislation. But you still have to have someone to do it. Plans can say "be transparent" all you want, but somebody's got to go out there and be transparent. And that is always a function of personality.

Why is it that leaders seem to perceive honesty as an accelerant to panic?

I'm not sure I agree with your premise. In Singapore, South Korea, Germany, and elsewhere, I believe leadership was quite forthright and candid.

There are examples of Trump and Bolsonaro and others who do go that other route.

Oh, yeah. Certainly. There is a tendency to hold information close or think you know better than somebody else, or you don't want to scare people and so forth. I think that's a wrong approach. I think most experts in risk communication—a phrase which I don't like very much because it implies managing the truth and I don't think you manage the truth; you tell the truth—but I think most experts in that field agree that transparency is better. People can deal with reality. And reality can be pretty frightening sometimes. But it's a lot easier to deal with reality than what your imagination can conjure up.

Once there is a vaccine and therapies available, what will COVID-19's long-term impact on society be?

With this pandemic, there's going to be a lot more—in the very least, in the medium term—impacts than in 1918. They will be possibly permanent, depending on how effective the vaccines or therapeutics and how soon we get them. If we have a vaccine like measles that's basically 100% effective and lasts for decades and it comes quick, then maybe two years from now, life will be exactly like it was before. But if the vaccine doesn't arrive for a while, or if it's like an influenza vaccine—certainly worth getting but has a lot of weaknesses—then you're going to have some very long-term and maybe permanent changes in people's behavior.

What will you especially be watching for over the next few months?

It's clearly how well we comply with public health guidance. I believe that will determine how badly we get hit or how well we do. That's also a function of getting the testing and the contact tracing in place.

This article originally appeared online as part of the Hopkins Bloomberg Public Health Magazine COVID-19 special issue. Subscribe for the latest news and insights from the Bloomberg School. 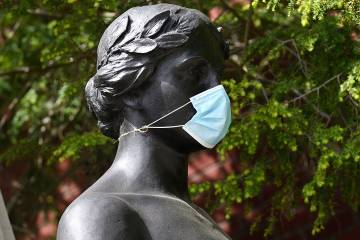 Published July 9, 2020
Johns Hopkins University and Hospital have launched archival projects to preserve the pandemic experiences of the Hopkins community as learning tools for future generations