An alumna of Johns Hopkins University, she spent more than 50 years with the Department of Earth and Planetary Sciences, where she studied chemical signatures of rocks

Sakiko Olsen, '68 MA, '72 PhD, retired senior lecturer who spent more than 50 years with the Johns Hopkins Department of Earth and Planetary Sciences, died July 7, 2020, in Tokyo after a brief illness.

Olsen spent much of her career working to understand how to characterize rocks formed from complex mixtures—"migmatites"—using their chemical signatures. Her research took her to the Front Range of Colorado, the Vassalboro rocks in Southern Maine, and the Aar Massif in the Swiss Alps. She and colleagues developed a numerical code that could be used to identify the sources of rocks from their chemical content. 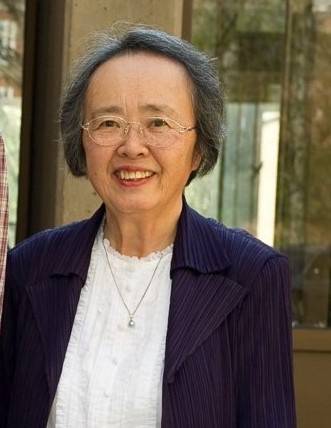 "Saki Olsen was singular in her everlasting civility, kindness, and steadfastness in her sure and careful scientific research," says Bruce Marsh, professor emeritus in the Department of Earth and Planetary Sciences and lifelong friend and colleague. The two published a few papers together, and Olsen was a member of Marsh's research group.

A native of Hokkaido, Japan, Olsen earned a bachelor's degree in geology from Northwestern University in 1963 and a master's degree and PhD in geology from Hopkins in 1968 and 1972, respectively. Her thesis examined the formation of the Baltimore Gneiss, an ancient formation of blue-tinged grey rock still found in buildings throughout the Baltimore area. She showed that the rock was formed in two separate stages: when magma intruded into a mixture of sedimentary and volcanic rocks, and then when these rocks were metamorphosed during the formation of the Appalachians.

Following her PhD, Olsen stayed on in the department as research scientist, and was named senior lecturer in 1994. She remained in that position until the age of 82, teaching optical mineralogy and undergraduate lab courses to generations of students. Her research was part of a larger effort within the department to understand the complex interactions between minerals, melts, and fluids that continues to this day.

"Although very much an independent researcher, she also was an integral part of my broader research group, often advising and mentoring my graduate students in areas of mutual interest," Marsh says. "Here she also showed her gentle charm and strong sense of humor in discussing and presenting science at our weekly luncheon seminar. She had a lovely, wry sense of humor and when something outrageous took place with my group, she would sometimes look over to me with an ever-so-slight smile and turn her head to one side as if to say: 'Now what do you think of that?'"