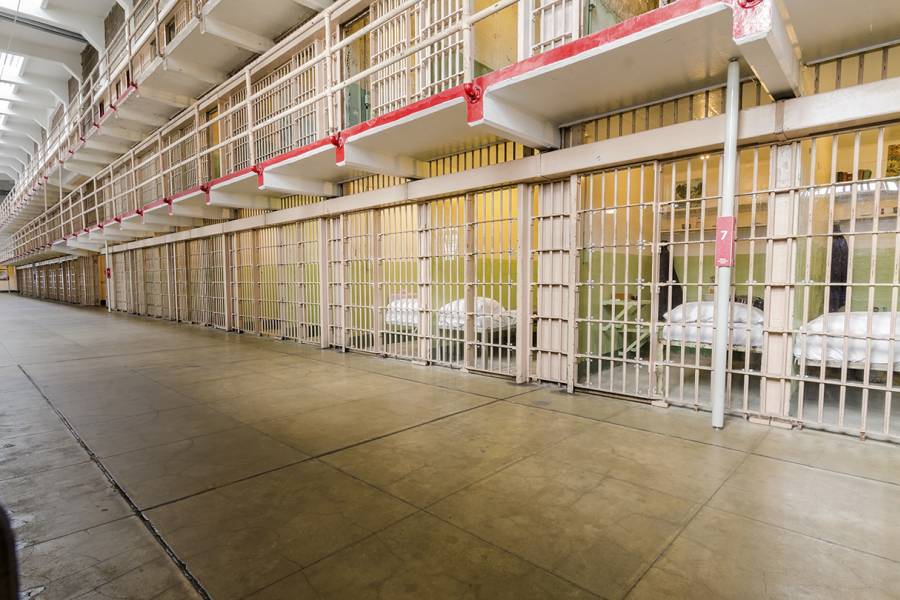 Infection rate is five times higher and the death rate is three times higher in state and federal prisons than in the general population, confirming concerns that incarcerated people are disproportionately affected by the pandemic

A new analysis led by researchers at Johns Hopkins Bloomberg School of Public Health found that the number of U.S. prison residents who tested positive for COVID-19 is 5.5 times higher per capita than the infection rate for the general U.S. population. The researchers also found that after adjusting for age and sex differences between the two groups, the coronavirus death rate is three times higher for prisoners compared to the general U.S. population.

The study confirms long-reported concerns that incarcerated people are disproportionately affected by the coronavirus pandemic, with infection rates exceeding 65% in several facilities that were part of the study. The findings were published online in a research letter July 8 in JAMA.

The study, which analyzed cases and deaths from March 31 to June 6, 2020, found that the prisoner case rate was 3,251 per 100,000 residents, as compared to 587 cases per 100,000 in the general population. The death rate of U.S. prisoners was 39 deaths per 100,000 prison residents, higher than that of the U.S. population, which was 29 deaths per 100,000 people. COVID-19 cases in prisons increased by 8.3% per day, compared to 3.4% in the general population. The analysis includes COVID-19 cases among prisoners, including active confirmed cases, recoveries, and decedents, posted on publicly available data sources such as correction departments' websites, news reports, and press releases—sources that may not reflect the full scope of the problem.

"While these numbers are striking, we actually think the disparities within prisons is much greater," says lead author Brendan Saloner, associate professor in the Department of Health Policy and Management at the Bloomberg School. "Some prisons are not reporting any cases, others are not even testing inmates, so the need for policies to protect incarcerated populations is more important than ever."

For the study, the Bloomberg School researchers collaborated with the COVID-19 Behind Bars Data Project from the University of California, Los Angeles School of Law. The new initiative is led by UCLA's Sharon Dolovich and collects data on prisoners in state and federal prisons.

A look at how COVID-19 kills Florida prisoners

For their analysis of COVID-19 deaths, the researchers drew from information available from departments of corrections and external medical examiner reports. Using data from the Centers for Disease Control and Prevention and the U.S. Census Bureau's American Community Survey, the researchers were able to gather state-level data about COVID-19 cases, deaths, and demographics for the general U.S. population.

Prison populations are especially vulnerable to the spread of a highly infectious disease like COVID-19. Close confinement, limited access to personal protective equipment, and high rates of preexisting respiratory and cardiac conditions are factors that can exacerbate the spread of COVID-19 among the millions of people incarcerated in America's jails, prisons, and correctional facilities. Policies that have the potential to curb the spread of disease include the early release of prisoners unlikely to pose a risk of reoffending, implementing strong infection control practices, and using widespread testing.

"Prisoners have a right to adequate protection of their health while incarcerated," says Saloner. "The reality of these findings shows that we aren't coming anywhere close to meeting their basic needs. Ultimately, it creates a dangerous situation for the inmates, prison staff, the communities that prisons are located in, and in our overall effort to contain the crisis."