By studying a man with a rare brain anomaly, Johns Hopkins researchers have found evidence that our minds can process images without us being aware of it 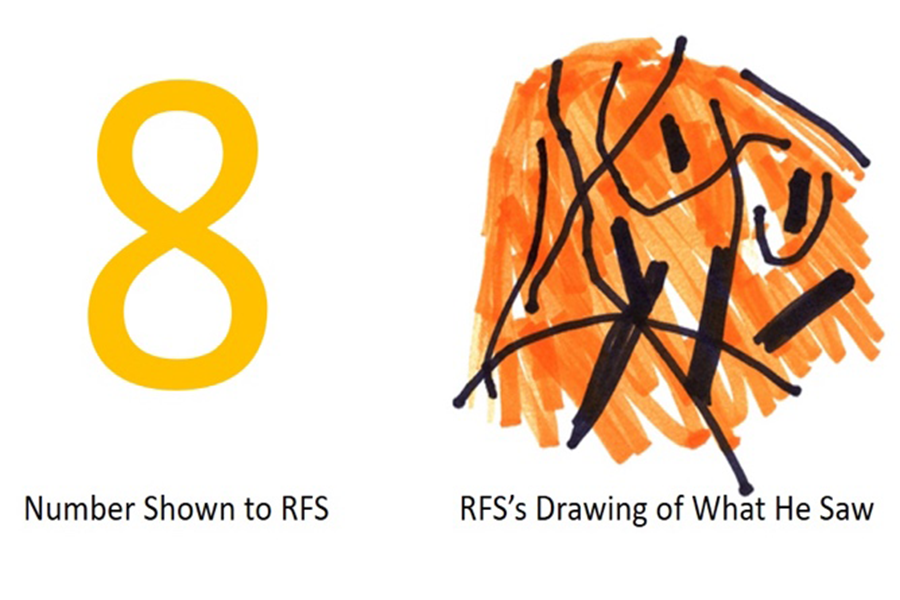 Image caption: Left: The figure 8 as it was presented to RFS, the test subject. Right: The "spaghetti squiggles" RFS sees.

By studying an individual with a rare brain anomaly that prevents him from seeing certain numbers, Johns Hopkins University researchers have provided new evidence that a robust brain response to something like a face or a word does not mean a person is aware of what they are seeing.

The work, set to be published today by Proceedings of the National Academy of Sciences, shows humans can have extensive brain processing without any awareness.

Researchers studied a man they refer to as RFS, who was diagnosed with a rare degenerative brain disease that led to extensive atrophy in the cortex and basal ganglia. In addition to more typical symptoms of memory trouble and muscle spasms, he could no longer see the digits 2 through 9 normally. When shown a digit, he only saw a scramble of lines that he described as 'spaghetti' and he had no idea which digit he was looking at. His vision was otherwise normal, and he could identify letters and other symbols.

The puzzle for the research team was that for such a selective deficit to be possible, RFS's brain had to be identifying the digits in order for the severe problems to occur just for digits and nothing else.

"When he looks at a digit, his brain has to 'see' that it is a digit before he can not see it. It's a real paradox," said senior author, cognitive scientist Michael McCloskey. "In this paper what we did was to try to investigate what processing went on outside his awareness."

"When he looks at a digit, his brain has to 'see' that it is a digit before he can not see it. It's a real paradox."
Michael McCloskey
Professor, Department of Cognitive Science

The researchers found that RFS also couldn't see anything placed near or atop a digit. When he was shown a large 3 with a picture of a violin drawn onto it, he couldn't see the violin. If the picture was far enough away from the number, he could see it normally.

Brain waves were recorded while RFS looked at a number with a face embedded on it. The recordings showed that his brain detected the presence of a face, even though he was completely unaware of it. In fact his brain response was the same as when he was shown a face that he could see clearly.

"These results show that RFS's brain is performing complex processing in the absence of awareness," Rothlein said. "His brain detected the faces in the digits without his having any awareness of them."

A second EEG experiment involving words embedded on numbers showed that RFS's brain was recognizing the words even though he was completely unaware of them.

"He was completely unaware that a word was there, yet his brain was not only detecting the presence of a word, but identifying which particular word it was, such as 'tuba'," Schubert said. 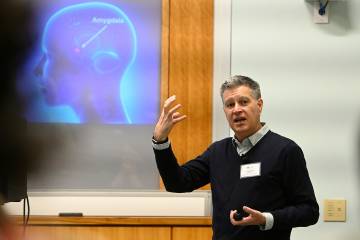 Published Oct 22, 2019
APL's Kristopher Bell discusses how bias and microaggressions are processed in the brain and how we can use that knowledge to support a culture of inclusion