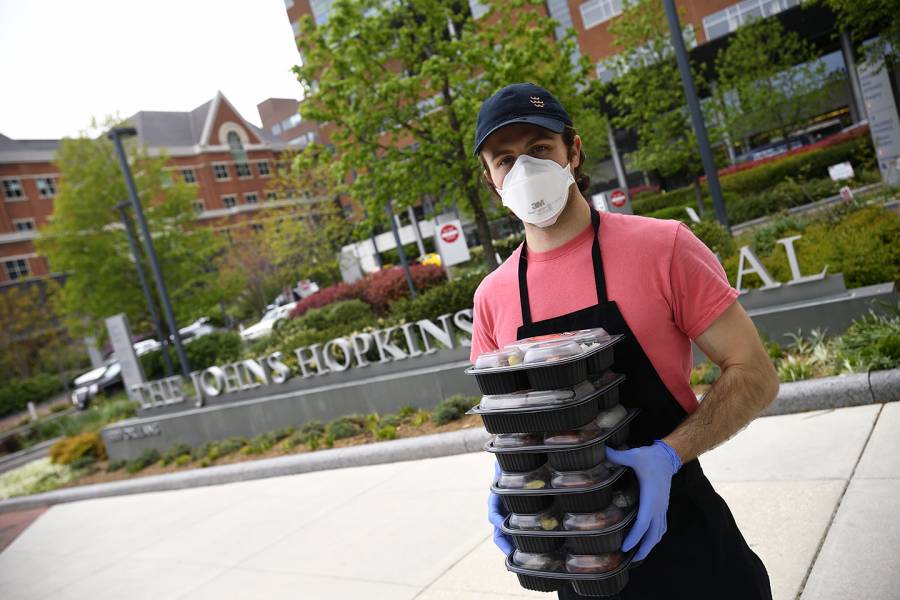 As restaurants across the country struggle with an abrupt, pandemic-sparked decline in business and in some cases pivot to carryout and delivery only, Charles Village restaurant PekoPeko Ramen is experimenting with a solution that benefits the people who need hot meals most.

Owner David Forster and business partner Andrew Townson—both members of the Johns Hopkins University Class of 2014—have launched Feed It Forward, a program that lets donors provide hot meals to Baltimore health care workers and people in need. The goal is to serve food to hospital staff on the frontlines of the COVID-19 pandemic at Johns Hopkins Hospital, as well as Union Memorial, Mercy Hospital, Northwest Hospital, Mount Washington Pediatric Hospital, and Sinai Hospital. They have also provided meals to visitors to the Franciscan Center of Baltimore soup kitchen. Forster and Townson also hope to bring in enough money to keep the restaurant's full-time staff receiving paychecks despite a massive drop-off in traditional customers.

"While restaurants and retail are the industries being immediately and quickly and drastically affected, the reality is that this is going to affect everyone in ways that we know and ways we have yet to experience," says Townson, who earned his bachelor's degree in English from JHU's Krieger School of Arts and Sciences. "This project is a way to start bringing the community all around the country and around the world together. In order to keep the world that we had and the businesses we love alive, we're going to have to work together in ways we may not have thought of before."

Supporters can give via the restaurant's website, PekoPekoRamen.com, where 191 donations have thus far committed nearly $38,000 of the $150,000 goal.

When PekoPeko was first forced to close its doors to dine-in customers in mid-March, Forster—who earned his bachelor's degree in applied mathematics and statistics from the Whiting School of Engineering—tested carryout and delivery service exclusively. But sales plunged as people stopped ordering from restaurants, making the full lunch and dinner menus unsustainable. "You're making things, spending time to make them, and then throwing them away," he says.

From that new reality, the idea for Feed It Forward was born, inspired by similar programs currently operating in New York City. In addition to reducing waste by narrowing the menu, the program expands the restaurant's reach beyond its service radius to anyone in the world who wants to contribute.

"Communities want to support small businesses, but it's hard to do that just by buying food for your family," Forster says. "If someone wants to contribute to this program, they can buy as many meals as they want instead of spending $15 to $30 for themselves." 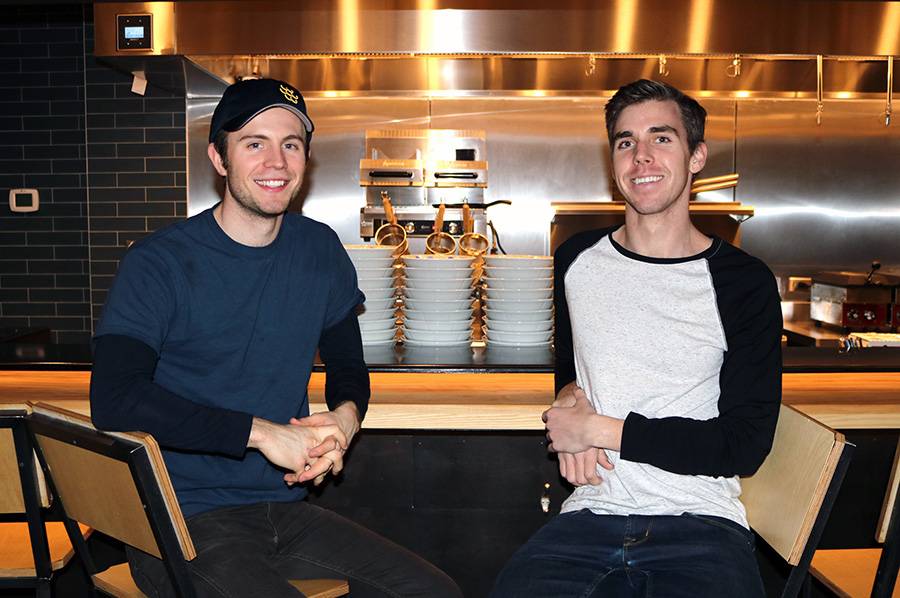 Forster is also looking into a number of financial programs springing up to assist restaurants through the pandemic. If a combination of financial support and donations makes it possible, he would like to bring other area restaurants into Feed It Forward.

Beyond an outpouring of support from customers, he's found that coping with the coronavirus has inspired a lot of cooperation and sharing of information between restaurants about grants and emergency financial programs.

"I imagine I'm not alone at having imagined a zero sum game in the wake of the pandemic where everyone is fighting for their own survival, but I don't think that's happening," Forster says. "It seems this has grounded people and made everyone realize how important local communities are."