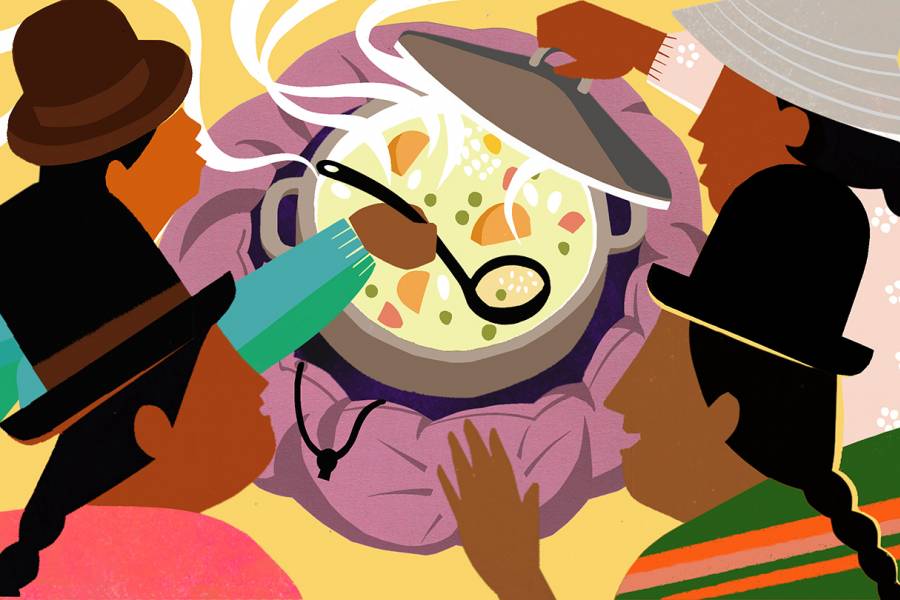 Cooking for a cleaner environment

A project in Peru funded by the Johns Hopkins Alliance for a Healthier World seeks greener, sustainable alternatives to unsafe biomass food preparation

At over 12,000 feet above sea level, Puno, Peru, ranks among the highest altitude places in the world. So high, food takes longer to cook here. Puno also sits far above the tree line, so there is little burnable vegetation and residents burn dung from cows, or occasionally alpacas, for cooking fuel, often in poorly ventilated spaces the size of a small closet.

In many parts of the world, this is a common way to prepare a meal. In fact, the World Health Organization estimates that globally 3 billion people—almost half the world's population—cook with what's called biomass, a combination of wood, crop waste, charcoal, and dung. The WHO also reports that close to 4 million people die prematurely each year due to illnesses related to household air pollution including pneumonia, chronic obstructive pulmonary disease, lung cancer, and cardiovascular disease.

Since girls and women are typically responsible for cooking in these cultures, they bear the brunt of this health hazard by spending hours each day over a biomass stove. Just in gathering the fuel, they're additionally at risk for sexual assault, animal attacks, and physical ailments. But burning biomass also has a broader environmental impact because harvesting wood and crop waste for energy contributes to deforestation and soil erosion, and it has been linked to climate change. A Stanford researcher found that almost one-fifth of all anthropogenic carbon dioxide emissions, a greenhouse gas, are derived from biomass burning.

There has to be a better, and safer, way to feed a population, thought Steve Harvey, an associate professor of international health at the Bloomberg School of Public Health. In an effort to investigate cooking alternatives, Harvey joined with William Checkley, a pulmonologist and associate professor at the Johns Hopkins School of Medicine, to assemble a team of researchers and students from four divisions of Johns Hopkins. In addition to his Public Health colleagues, Harvey brought in faculty and students from the School of Medicine to see how the choice of cooking fuel impacts health; people from the Whiting School of Engineering to look at insulating materials for cooking; and a human-centered design expert from the Carey Business School.

Checkley, Harvey, and others were already working with families in Puno to test an alternative cooking fuel—liquified petroleum gas, or LPG—and its financial feasibility for low-resource households. LPG is a mix of propane and butane that comes in tanks similar to the ones Americans hook up to their grills. LPG still releases some greenhouse gases, but it's cleaner than wood, charcoal, or animal dung, according to Harvey. The Johns Hopkins team conducted an initial study to assess how well the tech would be accepted by families. 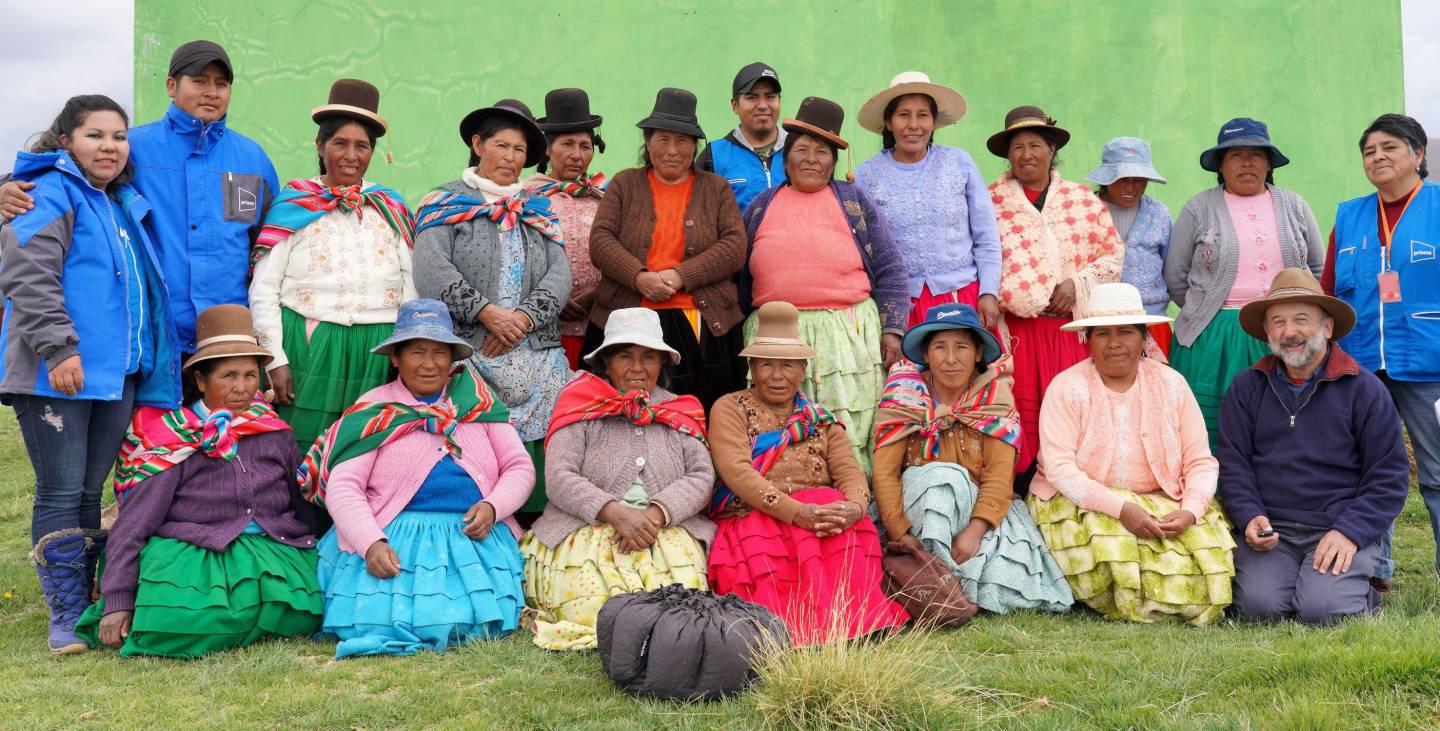 "We're all very tied to the flavors and the tastes and the smells that we've grown up with," Harvey says. "That made me concerned that people might not be willing to accept a new kind of fuel and a new kind of cooking."

During the two-year study starting in 2017, Checkley and his team of researchers recruited 180 households in Puno from a census previously conducted by a Peruvian NGO called PRISMA. Harvey led the social science component of the trial. An intervention group received a free LPG stove to keep and fuel for 12-months, while the control group continued cooking the way they always had. At the end of 12 months, the control arm got a stove and vouchers for 12 months' worth of gas that they could buy or exchange for gas whenever they needed it. All said they would prefer to continue cooking with LPG, but many expressed concern that they would not be able to afford the cost of fuel on their own.

On the social behavioral side of the study, some participants found that the food lacked the familiar smokiness of biomass cooking. Still, they appreciated that LPG didn't leave soot in their kitchens or a smell in their clothes and hair. Participants also found that LPG reduced cooking times, allowing them to sleep a little later, spend time with children, or make handicrafts to sell such as sweaters or carvings. Overall, they felt that the upsides of cooking with LPG outweighed the downsides.

Checkley, an associate professor in the School of Medicine with joint appointments in the Bloomberg School of Public Health and his team have been working in Puno for the last 10 years with a focus on pulmonary health and household air pollution.

The U.S. Environmental Protection Agency estimates that the lifetime cancer risk from inhaling wood smoke is 12 times greater than taking in a similar amount of cigarette smoke. In conjunction with Harvey's initial study, Checkley and his team set up a randomized controlled field trial to see if an LPG stove reduces exposure to household air pollutants and improves cardiopulmonary health compared to biomass stoves. They measured lung function, respiratory symptoms, cardiac health, dietary intake, and other metrics. The results of the pulmonary health study, called Cardiopulmonary Outcomes and Household Air Pollution Trial, or CHAP, are being prepared for publication.

Many of the study participants wanted to continue cooking with LPG but couldn't afford it. Most of the households studied used two $11 tanks of gas per month. For households whose main source of income is agriculture, "you might not have much in the way of cash so laying out $11 twice a month is a pretty big barrier," Harvey says.

Harvey and his team trained people to use their stoves more efficiently, but they sought other ways to reduce gas consumption and make it more affordable. Harvey had heard about the Wonderbag, a thermal cooker distributed by a nonprofit in South Africa. After food is boiled to a high enough temperature using traditional cooking methods, Wonderbag's recycled foam continues cooking it. "It's a similar idea to a slow cooker in the U.S., although it doesn't use any power, just insulation," says Kendra Williams, SPH 19 (PhD), '20 (PGF), an NIH Fogarty postdoctoral research fellow based in Peru. She worked with Checkley and Harvey on the CHAP project as her dissertation research.

For the next phase of research, Harvey and his team are recruiting households from the previous study. He hopes to "see if using a thermal cooker will reduce gas consumption enough that gas becomes affordable to people."

Adds Williams: "We're not only looking at the impact of the thermal cooker but acceptability of it as a potential strategy for preserving gas and reducing fuel needs. We're looking at what types of local dishes they prepare and how people adapt their cooking to the thermal cooker."

Participants are enrolled on a staggered basis, and each group of about 10 to 15 women kicks off with a community meeting starting at 8 a.m. in settings such as a home or school. As a demonstration of the Wonderbag, they put soup in a big pot and bring it to a boil. Then they enclose the pots in the cookers while they continue with the program. By lunchtime, the Wonderbags have been sitting in the cold for four hours, so the participants are amazed that the pot is still warm to the touch, Harvey adds.

Image caption: Women prepare a meal using the Wonderbag (left) and marvel at how efficiently it retains heat (right), even in the high altitude of Puno, Peru

Transporting the Wonderbags to Puno has posed its own challenges, Harvey says. Researchers fly down to Lima, Peru, with a few at a time, then fly or take a 20-hour bus drive to Puno. Once there, many of the rural roads are impassible without four-wheel drive and homes are too dispersed for walking, so many of the researchers get around on motorcycles with a cage attached to carry the bags.

Despite these logistical challenges, Puno was a good fit for this study not only because of environmental factors but also because soups and stews are a staple of the local diet. "If the main way of cooking were frying things, that wouldn't work so well," Harvey adds. Puno also makes an interesting case study because of the challenges of cooking at high altitude, where the boiling point is lower and liquids evaporate more quickly. Most cookbooks consider 3,000 feet above sea level to be high altitude and recommend adding a quarter more cooking time.

The preliminary results of thermal cooker use are promising. When asked what three things they liked best about the device, participants said it saved gas (93%), saved time (92%), and it kept food hot or warm (53%). Many said they used the thermal cooker bag to begin cooking their mid-day meal in the early morning before going out to work in the fields. When they returned in the early afternoon, lunch was ready to eat and didn't need to be re-heated.

To fund the thermal cooker research project, Harvey and his team received a $250,000 impact grant from the Johns Hopkins Alliance for a Healthier World, an initiative that brings together faculty, students, and staff across all nine divisions to work on complex global health equity challenges. The Alliance's research interests focus on four key areas: food and nutrition security, healthy environments, gender equity and justice, and transformative technologies and institutions. 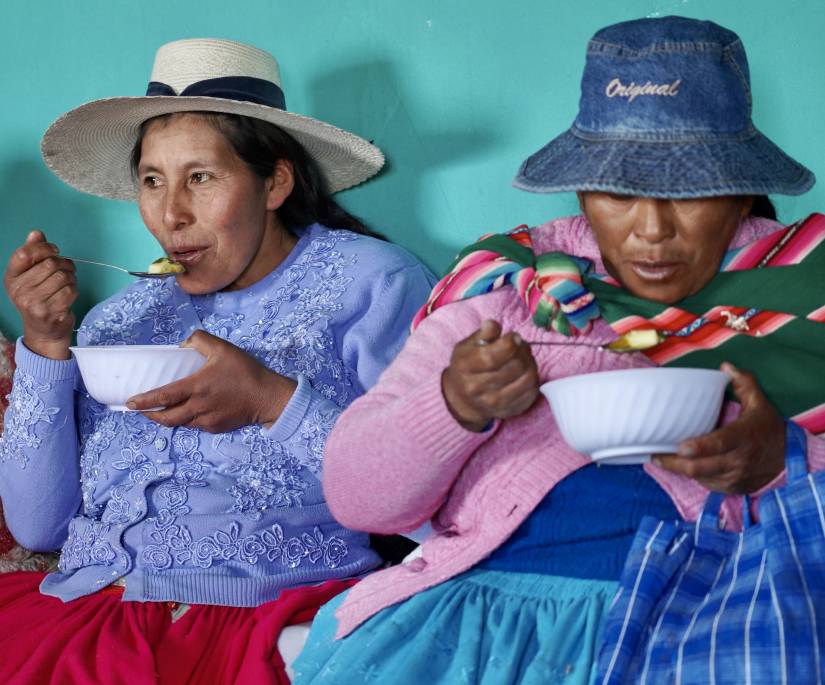 "Steve Harvey's project does an exquisitely good job of touching on all four major theme areas," says Benjamin Link, the Alliance's executive manager. "It's a relatively low-cost approach to improve on the costs of cooking, while also trying to address health outcomes from household indoor air pollution. It addresses the gender equity component because girls and women disproportionally are affected by the negative health impacts."

Link says the project was also attractive to the Alliance because the Hopkins researchers were already on the ground in Peru and had knowledge that saved the group a lot of time in terms of not having to build new partnerships.

In addition to the impact grant, the project received $52,000 from the Osprey Foundation, a family foundation that supports projects in cleaner cooking; social justice; water, sanitation and hygiene; and interfaith community building. Bill Clarke, founder of the Osprey Foundation, had already provided minor grants to other Johns Hopkins projects, including Checkley's work in Puno. When he attended one of Harvey's lectures in 2018, Clarke knew he wanted to support the study on thermal cookers because he saw the potential public health impact.

"It is great basic research being applied in a practical fashion and that's really where I come in," Clarke says. "I am looking to find innovative techniques and concepts in all that I do. I'm looking to be early on in the curve."

Harvey says it's too soon to tell if the idea of using thermal cookers to make LPG more affordable could work in other parts of the world. "What we're hoping, although this is still a long way off, is we can figure out a way to produce thermal cookers using locally available, affordable, sustainable materials," he says. "We can teach local women to do it, so it's a source of income for people making it locally." They are also working on sourcing materials with strong insulation properties such as totora reeds from nearby Lake Titicaca.

"The key point is people like using gas, so we have to make it economically accessible for them," Harvey says. "If we can reduce the amount of gas they consume, that's better for the environment, better for families, better for children." 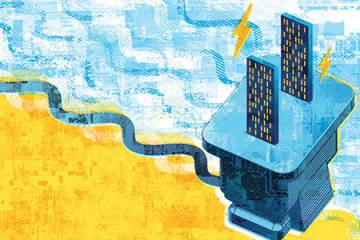