James Taylor, a professor of biology and computer science at Johns Hopkins University, died Thursday, April 2. He was 40. 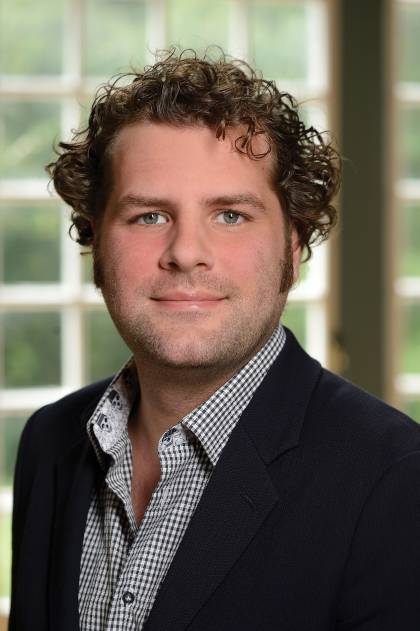 A trailblazer in computational biology and genomics research, Taylor made an impact as a scientist, teacher, and colleague, with appointments in the Krieger School of Arts and Sciences and the Whiting School of Engineering. He helped develop the Galaxy platform for data analysis and worked with members of his lab to extend the platform to make large scale computational analysis more accessible and reproducible. His research also focused on understanding genomic and epigenomic regulation of gene transcription through integrated analysis, with the goal of achieving a complete understanding of the structure and function of genomes. He also developed a strategy to support the health of the Chesapeake Bay by detecting microorganisms in the Baltimore Harbor and monitoring their levels continuously using newly developed, portable, and rapid DNA sequencing technologies.

Vince Hilser, chair of the Biology Department, describes Taylor as a bedrock of the department. Taylor helped other faculty members uncover new insights by revealing similarities between the proteins they were studying and those in other organisms.

"He came in 2014, and it was transformational," Hilser says. "He was this catalyst for change, with a huge positive impact."

Rajiv McCoy, an assistant professor of biology, says he counted Taylor as a mentor and friend.

"He blazed a trail for computational research within the Department of Biology and is one of the main reasons that I came to Hopkins," McCoy says. "James was a selfless advocate for trainees and junior faculty, working tirelessly in the background on our behalf. James was also an outspoken proponent of reproducibility in computational research. His work to highlight this issue and develop tools for addressing it has been invaluable to the scientific community."

John Kim, an associate professor of biology, shared adjoining offices and labs with Taylor in the Undergraduate Teaching Labs.

"His office door was always wide open, inviting anyone to come in to talk," Kim says. "He furnished it sparsely, with just a small round table in the middle and speakers by the windows playing a broad and eclectic selection of music while he worked on his laptop. It was an open, inviting space where I and many others would stop in to talk about science or just to say hello. He was a great listener, so thoughtful and generous with his time. We have lost a brilliant scientist and a great friend to the many lives he touched and made better."

"His impact is immeasurable, with thousands of scientists who have benefited from his leadership and contributions," Schatz says. "On a personal level, James was always kind, friendly, and generous, and we will miss him dearly."

Taylor earned his BS in computer science from the University of Vermont in 2000 and his PhD in computer science in 2006 from Penn State University, where he was involved in several vertebrate genome projects and the ENCODE project. Before arriving at Johns Hopkins, he was an associate professor in the departments of Biology and of Mathematics and Computer Science at Emory University from 2008 until 2013.

He is survived by his wife, Meredith Greif, an assistant professor in the Department of Sociology.