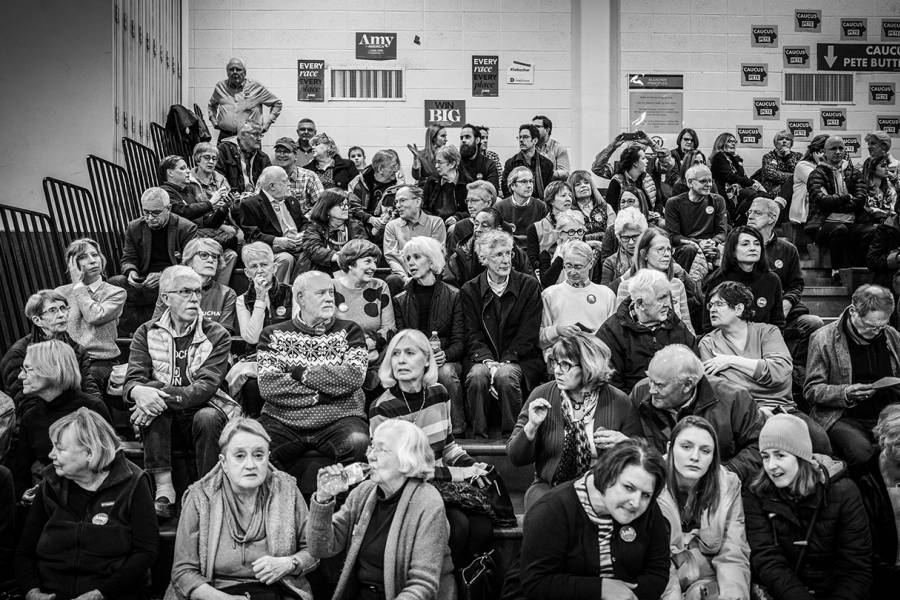 The delay in results from the Democratic caucus in Iowa stretched into a second day Wednesday, as critics of the people-powered process called for it to be disbanded in favor of a primary election that may also strip the state of its first-in-the-nation status in the nominating contest for presidential candidates.

The Monday night gatherings of registered Iowa Democrats in 1,678 precincts, located in school gyms and public libraries across the state, did not immediately produce a winner, in part because of a coding snag in an app used to count results. By Tuesday, the state had reported results from only 62% of precincts, giving Pete Buttigieg a narrow lead over Bernie Sanders that continued into Wednesday.

The Wall Street Journal reported that the "results debacle" could threaten "an end to the decades-long tradition of starting the nomination race in a state already long criticized for having such an outsize role despite its small, mostly white population."

The article included a quote from Johns Hopkins University political science Professor Daniel Schlozman noting that years of reforms to the Iowa caucus have not led to a smoother process.

"Democrats have tinkered with the nomination process in wave after wave of commissions, each trying to fix the problems and assuage the concerns from the previous cycle," Schlozman told The Journal. "With the plan to make the caucuses more transparent now having failed spectacularly, the argument to end them altogether certainly looks stronger—though it's not yet clear which intraparty actors will push it when the next commission inevitably arrives."

Election security expert Avi Rubin, technical director of the JHU Information Security Institute, said the technological snag with the reporting app "did not affect the integrity of the results, just the ability to know the results right away."

In 2006 Rubin, author of Brave New Ballot, was widely quoted in the national media for having exposed flaws with the software in electronic voting machines deployed across the nation at the time.

Rubin has a different concern with the caucus process. His issue is that "there is no anonymity" in a process that requires caucusgoers to debate the merits of candidates before displaying their preferences by physically standing in different parts of their precincts designated for each candidate. Candidates with the most supporters win that precinct's delegates.

Primary elections allow voters to cast their ballots in private.

"In an election, one of the important factors is privacy of the vote," Rubin said. "A spouse shouldn't be able to coerce you into voting a certain way, for example. The Iowa caucus has a lot of problems in terms of voter privacy."

As a result of problems in the 2016 presidential caucuses, the Democratic National Committee encouraged states to move to government-run primary elections. State-run primaries, as opposed to party-run primaries, allow for more participation because the state provides more polling locations and professional election officials, according to a report from the National Conference of State Legislatures.

Eleven states that held caucuses in 2016 are holding primaries this year. Seven of those states shifted to state-run primaries while four are using party-run primaries.

For Democrats, Iowa has had a strong record of picking the party's eventual nominee: Al Gore in 2000, John Kerry in 2004, Barack Obama in 2008, and Hillary Clinton in 2016, according to historical data maintained by the Des Moines Register.

The chairman of the Iowa Democratic Party dismissed calls to scrap the caucus, telling The Wall Street Journal that the same criticism surfaces in every presidential election cycle.

Schlozman said there is one silver lining to the caucus process.

"The argument in favor of caucuses is that they are a more authentic form of democratic participation than just casting a vote in a primary," he said. "The counter is that not everybody—folks who have to work at caucus time, folks who can't leave the house for hours at a time—has a chance to participate, and that milling around in a high school gym isn't really meaningful citizenship, after all." 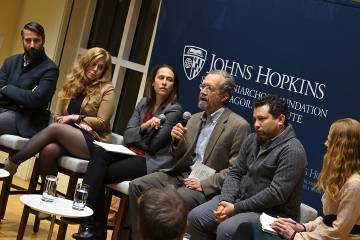