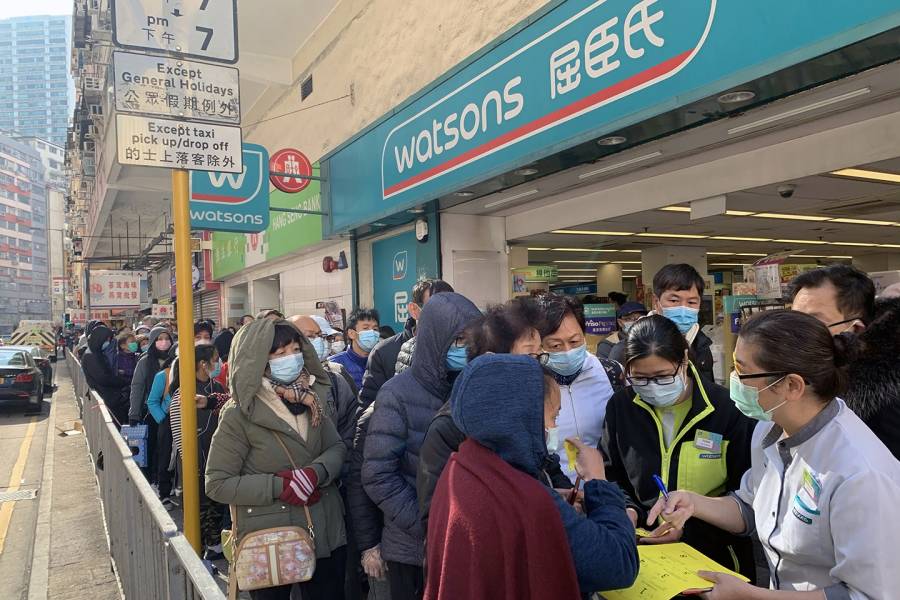 Image caption: Customers crowd a local pharmacy in Hong Kong to purchase supplies in response to the coronavirus outbreak

The official count of worldwide coronavirus infections surged to more than 17,200 on Monday, with at least 360 deaths in China and one in the Philippines. There are 11 cases confirmed in the United States. A study released Saturday predicts that as many as 75,000 people in Wuhan could have become infected, and the World Health Organization designated the outbreak a global public health emergency Thursday.

For perspective on the most recent figures and the global public health response, the Hub reached out to Tom Inglesby, director of the Johns Hopkins Center for Health Security and an expert in infectious disease, pandemics, and public health preparedness. He had previously spoken with the Hub during the early days of the coronavirus outbreak, when only a few hundred infections were confirmed.

Inglesby said that although it is likely that the United States will see person-to-person transmission of the disease, he also expects the case fatality rate—the percentage of people with the new coronavirus who die from it—to drop.

"[W]hile on the one hand it is alarming to have case numbers go up, on the other hand, when we have more and more people with illness and we have a broader understanding of the range of severity, we may also learn that for an increasing number of people, it is not a life-threatening illness."
Tom Inglesby
Director, Center for Health Security

"It's important to know that in big new outbreaks like this, the most serious cases get recognized first," he says. "So while on the one hand it is alarming to have case numbers go up, on the other hand, when we have more and more people with illness and we have a broader understanding of the range of severity, we may also learn that for an increasing number of people, it is not a life-threatening illness. That's the hope, and there's a scientific rationale for believing that."

Inglesby shared his perspective on the latest coronavirus numbers, what interventions might prove effective in slowing its spread, and how we can expect the outbreak to progress.

What's your reaction to the rising total of confirmed coronavirus cases?

There are dramatic changes day to day. They're basically rising at the rate only limited by China's current diagnostic testing capacity. The number of cases would rise faster if it were possible to test more people. You can see it in the numbers that the Chinese health authorities are providing—there's a very high backlog of people who need to be tested, so the numbers will keep going up and up over the next few days.

It's important to know that in every outbreak like this, the most serious cases get recognized first. They're the ones that are sickest in the hospital, including people who die from the illness. There is always going to be a skew toward seeing those people first. But we know, at least from past outbreaks—and we have every reason to believe in this outbreak—that there is a wide range of illness and that in this case, the majority of people who are infected with this novel coronavirus seem to have mild illness and full recovery. It is a small fraction of the people who are getting severe or critical illness or dying from it. And we know during every new outbreak, over time we're going to see many milder or even completely asymptomatic cases as part of the larger tally. And what that will do is it will show us that the case fatality rate will likely be much lower.

So while on the one hand it is alarming to have case numbers go up, on the other hand, when we have more and more people with illness and we have a broader understanding of the range of severity, we may also learn that for an increasing number of people, it is not a life-threatening illness. That's the hope, and there's a scientific rationale for believing that.

What risk does this virus pose to U.S. populations?

I think the risk of coronavirus coming to the U.S. is high, very high. At least in the short term, we've seen coronavirus rivaling the transmissibility of influenza. And what we've seen with seasonal influenza and even the 2009 H1N1 pandemic flu that occurred about 10 years ago, there is global transmission that moves around the world very efficiently, and the attempts to stop it or contain it are not successful. We don't know for sure if that's the case here, but with each passing day it gets more likely. The rapidly rising case numbers and the various models suggest that there is high transmission going on in multiple Chinese cities, not just the Wuhan area at this point. And so while it still makes sense at the moment to try to interrupt transmission and contain the virus with reasonable steps that have no major negative consequence, I think it's really important for people to be realistic and recognize that if this continues to spread like it is in China and continues to be transmissible in the way that other respiratory diseases like influenza have been, it will be difficult to contain. And what we need to do is think clearly about how to respond to it and act accordingly.

One thing known to work at the local level is rapid diagnosis of people when they have the illness so that then they can be isolated either in hospitals or at home if they're well. People should be isolated if they have the disease while they are shedding virus. If they're in the hospital, they need to be cared for with very good infection control practices so that we don't develop in-hospital outbreaks, and it's especially important to prevent the spread to health care workers who need to take care of people with this disease.

Another thing that is sensible and probably doesn't have a large downside is to cancel big social gatherings in the event that there's high transmission within a given area so that there are not big risks for having additional spread of illness. And also, obviously, the normal things that we talk about with influenza prevention would also be important here. If you're sick, stay home. If you sneeze or cough, you should do that into your sleeve. Wash your hands. Especially if you've been in places where people have been coughing or sneezing around you, washing hands will make a big difference because just droplets of fluid can carry virus from your hands to your mouth or your nose, your eyes. So those are kind of simple, normal things that everybody does during flu season to keep from getting sick and definitely in aggregate they can reduce the overall spread of disease.

On a larger scale, though, I think it's important to educate the public about what this illness is and what it isn't. There are already rumors about it, and people should understand what's going on and that there are preparations being made so that if there is an outbreak here in the U.S., people will be able to get care.

What does the future of this outbreak look like?

Most disease modelers are not modeling too far out beyond a short period of time—a week or two weeks—because there's so much unpredictability given the lack of data. The other thing that scientists are reluctant to model is the overall case fatality rate. When things really settle out or become clear, there's a widely shared view that the case fatality rate will continue to come down, but how far it comes down, people aren't yet ready to say.

I think it all depends a lot on what we learn in the time ahead. At the beginning of an outbreak, there is a very logical effort to try to contain it at its source. And that should go on as long as there is any reasonable prospect that it can work, but this effort needs to take place with the recognition that it may not work and that some of the actions we might want to take to try to contain it might have such downside costs that we need to make sure they are worth it.

I have concerns about the initiation of these large-scale quarantines on military bases as described Friday night. It's one thing to have a plane of people quarantined for two weeks, but if the disease continues to get worse in other parts of China, will all returning travelers from the U.S. be quarantined on military bases for two weeks? We have 70,000 Americans living in China, so if you play that out, will we plan to have tens of thousands of Americans quarantined on military bases if they want to come home in the coming months? At what point do we say this strategy is not working? If there's spread in other countries beyond China—we don't have any evidence yet that that is happening, but you realize how quickly things can change given how things changed in China—if there's community transmission happening in other countries, does that mean we're now supposed to ban travel from those countries, and direct returning Americans from those countries onto military bases for quarantines? That kind of intervention isn't going to be able to scale.

The course we set now will really establish the pattern of our response. So I'm hopeful that we will step back and reassess whether that is the right trajectory for the response to this outbreak.

What else should people know?

There is a lot of information about what's going on and the U.S. government response on the website for the Centers for Disease Control and Prevention. People who are more interested in what's going on locally should connect with or look at their state health agency's information because that will talk about the plans to screen and test people and, should they get sick, who they should call. Also, if there are changes to recommendations about who should get tested, the CDC would announce that. 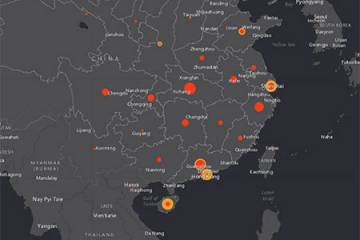 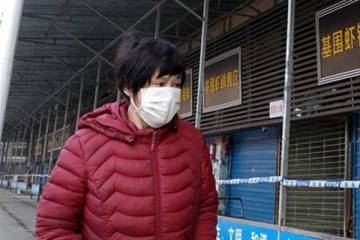