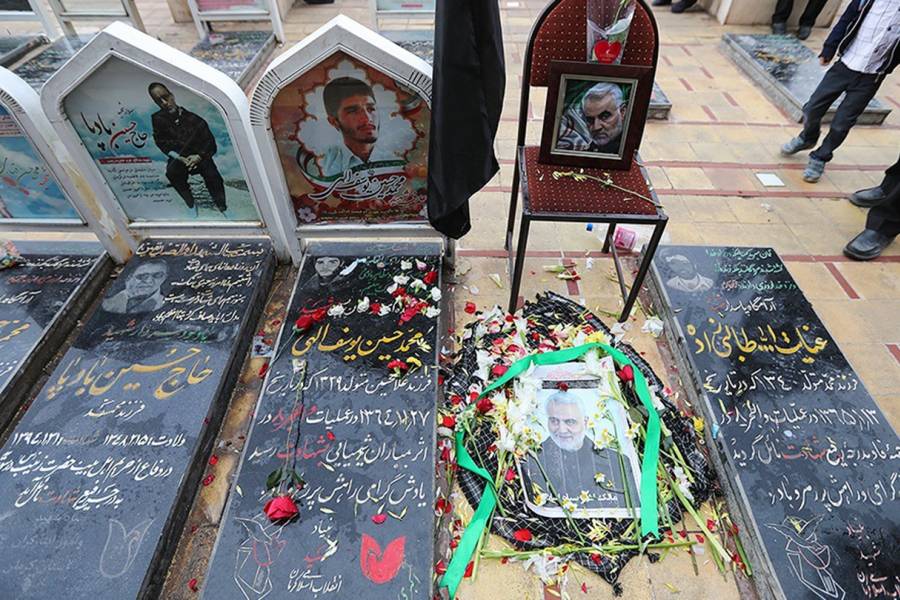 Johns Hopkins experts on the Middle East, international relations, and political science discuss the role Qassim Suleimani played in Iran's military and the potential fallout from his assassination by U.S. drone strike

By Saralyn Cruickshank and Doug Donovan

The assassination of Qassim Suleimani—a major general in Iran's Islamic Revolutionary Guard Corps and commander of the Quds Force, the country's foreign military and covert operations division—represents a significant strategic risk by the United States, according to experts from Johns Hopkins University. Suleimani's death, although symbolically important to the Iranian regime, will not significantly weaken the country's military forces, experts said, arguing that the U.S. may have escalated its conflict with Iran without fully understanding its potential fallout.

Suleimani was killed by a drone strike ordered by President Donald Trump on Friday. The attack has escalated tensions between the nations that reignited after the U.S. withdrew from the Iran nuclear deal and enacted sanctions that have crippled Iran's economy. In response to Suleimani's death, Iran has threatened to retaliate against U.S. troops on the ground in the region, and Trump suggested Sunday he would respond to further aggression from Iran by attacking Iranian cultural sites, among other targets. More than 3,000 U.S. troops have been mobilized for deployment to the Middle East.

In an op-ed published Friday in The New York Times, Narges Bajoghli, an assistant professor at the Johns Hopkins School of Advanced International Studies, says that the belief that Suleimani was a central decision-maker in the Iranian military "indicates a superficial, and frankly ideological, understanding of Iran and the Revolutionary Guard."

"I think diplomacy with Iran is done for the foreseeable future."
Steven David
Professor of international relations

Bajoghli, an anthropologist with expertise in Iranian culture who has spent 10 years studying how Iran's military forces are depicted in the media, is the author of Iran Reframed: Anxieties of Power in the Islamic Republic (Stanford University Press). She says a far-reaching propaganda campaign has represented Suleimani as the face of Iran's military operations. In fact, the power structure within the Revolutionary Guard is far more complex and is derived from the nation's military conflict with Iraq in the 1980s.

"Faced with an Iraqi military that was heavily supplied by the United States and the West, the guards learned how to fight asymmetrically, a strategy that they have since perfected," Bajoghli writes in the Times. "That means, above all, devolving decision-making to small, often ad hoc groups, operating semi-independently against much larger forces."

These ad hoc groups, Bajoghli says, are still in place in Iran's military today. "Decisions and actions don't just come from one man or even a small group of men; many within the organization have experience building relationships, creating strategies, and making decisions," she says, adding, "General Suleimani, as important as he was, was not singular." 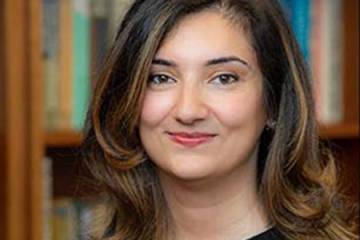 The SAIS assistant professor discusses her debut book, Iran Reframed: Anxieties of Power in the Islamic Republic, which takes an inside look at Iran's state media

In an interview with The Guardian, Vali Nasr, former dean of SAIS and professor of Middle East studies and foreign affairs, suggests that the Trump administration, and particularly Secretary of State Mike Pompeo, appear to be "completely naive" about the potential blowback from the assassination.

Rather than strengthening U.S. influence in the region, the strike has "pulverized" relations between the U.S. and Iraq, where the drone strike was carried out, Nasr tells The Guardian. In The New York Times, Nasr adds that the assassination has exacerbated already fraught relations between the United States and Iran. Support for moderates, who "were already on life support" after the United States pulled out of the Iran nuclear deal, has crumbled following the assassination of Suleimani. "I would guess the hard-liners are going to do very well [in Iran's legislative elections next month]," Nasr tells the Times. "This kind of pressure on Iran, just like in any country, plays into the hands of the security forces."

The meaning of Qassem Suleimani’s death in the Middle East

VIDEO: Some military families caught off guard as thousands of troops are deployed to the Middle East

JHU professor breaks down conflict between US, Iran during fears of war

Sarah Parkinson, a political scientist and professor of international studies, tells the BBC that the assassination will likely erode the opposition that has been built up against Iranian-backed militias in Iraq and Lebanon for their attacks on peaceful protesters. Those militias, like the Revolutionary Guard, are unlikely to be disrupted by the assassination of Suleimani because they are well organized and independent.

"It's not going to operationally disrupt either the Hashed Al-Shabbi in Iraq or Hezbollah in Lebanon," Parkinson says. "They have their own independent chains of command." The claims that the U.S. has shattered the capabilities of Iranian-backed militias outside of Iran, she says, are "overblown."

In an interview with WBAL-TV, Steven David, a professor of international relations and director of undergraduate studies at the university's Krieger School of Arts and Sciences, says that despite these escalating tensions, another world war isn't likely. A major military campaign, while lethal, likely wouldn't involve large land battles, he says. Rather, he predicts that Iran will likely retaliate in the form of cyberattacks and weaponized artificial intelligence. He also says the United States will likely issue travel warnings for Americans traveling to the Middle East.

"I think diplomacy with Iran is done for the foreseeable future," David says. 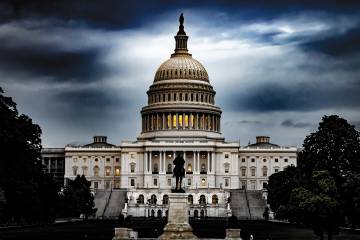 Published Oct 21, 2019
SAIS Dean Eliot Cohen discusses the Bard's works and what they reveal about our political leaders and the drama unfolding in the nation's capital 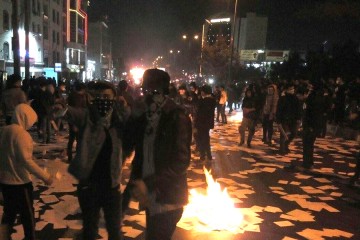 Why thousands are protesting in Iran 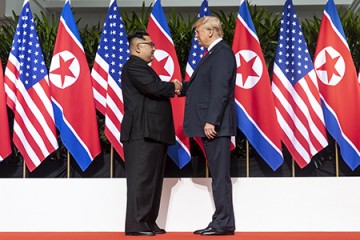 Published June 13, 2018
North Korean leader accomplished at least one major objective while the benefits for the U.S. and the West are less clear, SAIS expert says