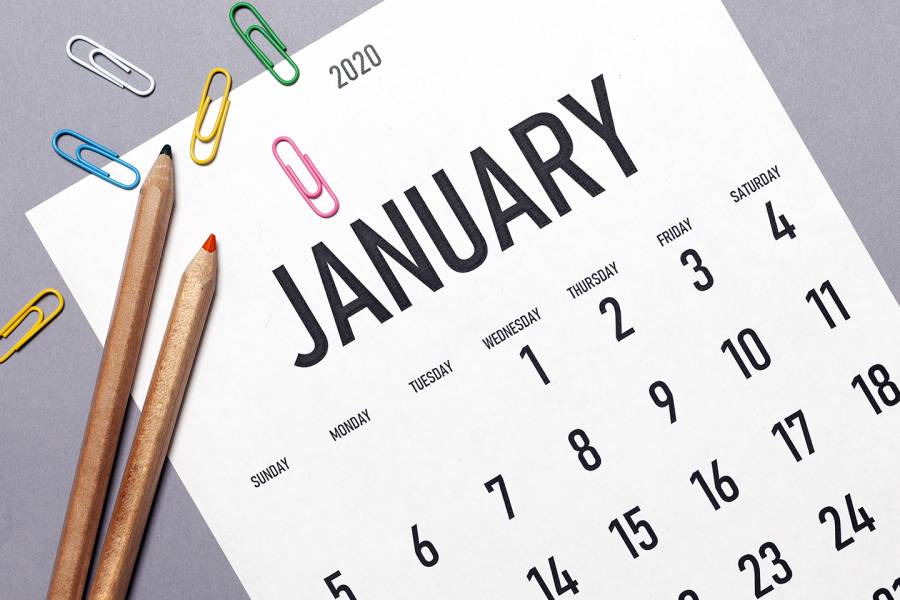 How to make New Year's resolutions that stick

In 2018, nearly half of Americans said they were "somewhat likely" or "very likely" to make a New Year's resolution, according to an NPR/PBS NewsHour/Marist poll.

"The problem with New Year's resolutions is that they often involve major behavior changes that we expect to make overnight. This method rarely works. Then, when we don't succeed, we feel terrible about ourselves."
Neda Gould
Director, Johns Hopkins mindfulness program

"The problem with New Year's resolutions is that they often involve major behavior changes that we expect to make overnight," Gould says. "This method rarely works. Then, when we don't succeed, we feel terrible about ourselves."

Rather than thinking of a New Year's resolution as a complete transformation that commences on Jan. 1, Gould suggests envisioning it as a journey composed of small but meaningful changes that progress through the year.

"We are much better at attaining goals if we break them up into concrete, manageable steps," she says. "You might say, 'In January, I will begin to exercise one day weekly for 15 minutes.' In February, you may increase that goal a bit in frequency and duration and so on. Overall, I think there has to be some flexibility and room for error in order to have effective and lasting change."

To help you achieve your goals, Johns Hopkins Medicine experts who help patients and staff members find sustainable ways to improve their health offer the following approaches to some common resolutions.

Kimberly Gudzune, associate professor at the school of medicine and an obesity medicine physician at the Johns Hopkins Healthful Eating, Activity & Weight Program, says that she often hears patients set unreasonable goals such as "I will get back down to what I weighed in high school."

Scientific studies suggest that the blue light emitted by screens on cellphones, computers, tablets, and television may disrupt the production of the hormone melatonin, which is essential for inducing restful sleep, says Charlene Gamaldo, medical director of the Johns Hopkins Center for Sleep.

Instead of pledging to improve your sleep by reducing the amount of time you stare at computer screens every day, she suggests you pledge to "use technology to help create realistic and accountable goals for reducing screen time." For instance, make a commitment to set your phone to remind you to shorten your screen time by 30 minutes daily—before bedtime is ideal.

Johns Hopkins pulmonary physician Panagis Galiatsatos runs the Tobacco Treatment Clinic, established in July 2018 in the Asthma and Allergy Building at Johns Hopkins Bayview Medical Center. The physician says it is the only such clinic in the state, and one of only a handful nationwide that provide a personalized approach to smoking cessation.

He says smokers should resolve to quit only if they have identified a specific game plan for how to do it. To succeed, a resolution should include a commitment to visit a physician who may prescribe a smoking cessation medication such as Chantix, advise stocking up on nicotine gum and lozenges, and periodically check on patients' progress.

"I tell patients there's nothing wrong with coming up with a big goal, but come up with a plan for achieving it," he says. "What will you do if you get derailed? How will you plan for the situations when you're most likely to crave a cigarette? If people are conditioned to smoke after a certain activity, such as drinking coffee, that may be when they want to be prepared to have an item such as a nicotine lozenge or gum close by."

Want to eliminate sugar from your diet? Rita Kalyani, associate professor of medicine and editor-in-chief of the Johns Hopkins Patient Guide to Diabetes, suggests reframing goals that are rigid and unsustainable.

"Instead of pledging 'I'm going to stop drinking soda with every meal,' say 'I'm going to decrease the amount of sugar-sweetened beverages that I consume daily.'"

Lee Daugherty Biddison, chief wellness officer for Johns Hopkins Medicine, says it's important to make incremental changes when you resolve to keep work from taking over your life.

"Instead of saying 'I'm going to fix my work-life balance by making big changes all at once,' pledge to add one or two activities that bring joy to your life—such as building in a date night or time alone—and commit to putting them on your calendar." 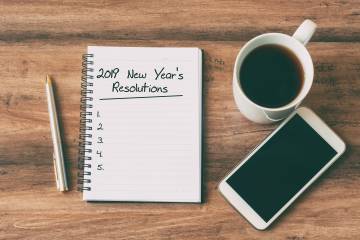