Having an MRI scan can be an unpleasant experience. The procedure often involves a patient lying down inside a large tube for at least 30 minutes and being instructed to remain motionless as magnetic and radio waves create detailed pictures of their organs. Many find the machine's loud, clanging noises unnerving and are left feeling panicky and claustrophobic. 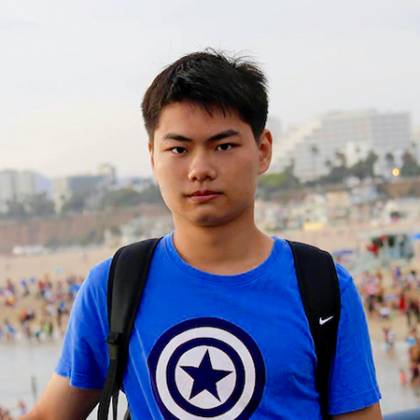 An approach created by Puyang Wang, a doctoral degree candidate in electrical and computer engineering at Johns Hopkins University's Whiting School of Engineering, could help provide some relief. The solution, an algorithm that speeds up MRI data acquisition and results in clearer images, was among the projects recognized at the fastMRI competition held earlier this month by Facebook AI and New York University's Langone Health. Projects by two other groups—one from the electronics company Philips, the other from the University of Amsterdam—were honored along with Wang's research as the strongest in a field of 34 candidates.

The competition challenged participants to use artificial intelligence, or AI, to improve the process of getting MRI scans. The hope was that by using AI to create accurate images from significantly less raw data than is needed for a traditional MRI, scans could be done as much as 10 times faster, improving patient experience and making the imaging procedure less expensive and more accessible.

"This was a very exciting challenge for me," said Wang, who, as one of the winners of the competition, will present his research at the Medical Imaging Meets NeurIPS workshop in Vancouver on Saturday. "What I like is that it is a very direct way to help the medical industry. This algorithm can easily be applied to MRI machines. It's exciting to do this work and see that the real world application of it could help a lot of people."

Wang began this research during a summer internship with United Imaging Intelligence in Cambridge, Massachusetts. Upon returning to JHU's Homewood campus for the fall semester, he continued to optimize the solution for the challenge in collaboration with scientists from United Imaging Intelligence and with the support of his adviser, Vishal Patel, an assistant professor in the Department of Electrical and Computer Engineering.

Wang is particularly excited that radiologists have approved his approach. Experts in the field contributed to the scoring in the "fastMRI" competition, and Wang's algorithm received very high marks, which played a key role in it being selected as one of the best entrants.

"It's really important to us that our approach has been approved by the experts," Patel said. "You can publish as many papers as you want, but if the doctors aren't happy, your work won't transition."

Though the project did not originate at Johns Hopkins, both Patel and Wang said they believe Hopkins is the idea place to take it to the next level. Patel envisions this algorithm, or one that is very similar to it, being implemented in a variety of medical techniques, including ultrasound and sonar imaging. His hope is that they will be able to improve the performance of imaging systems beyond MRI scans.

"Hopkins is the best place for this kind of research because we have one of the best medical schools, and we are able to collaborate with them," Patel said. "We are looking forward to continuing our research in this direction, and solving some interesting problems. MRI is the first problem we tried, and it'll only get better." 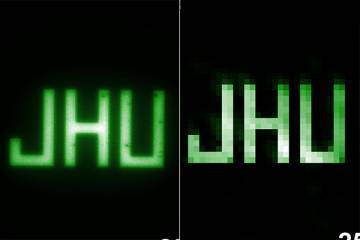 Published Dec 6, 2019
The lensless scope is the width of a few strands of hair and is able to capture images of live neuron activity