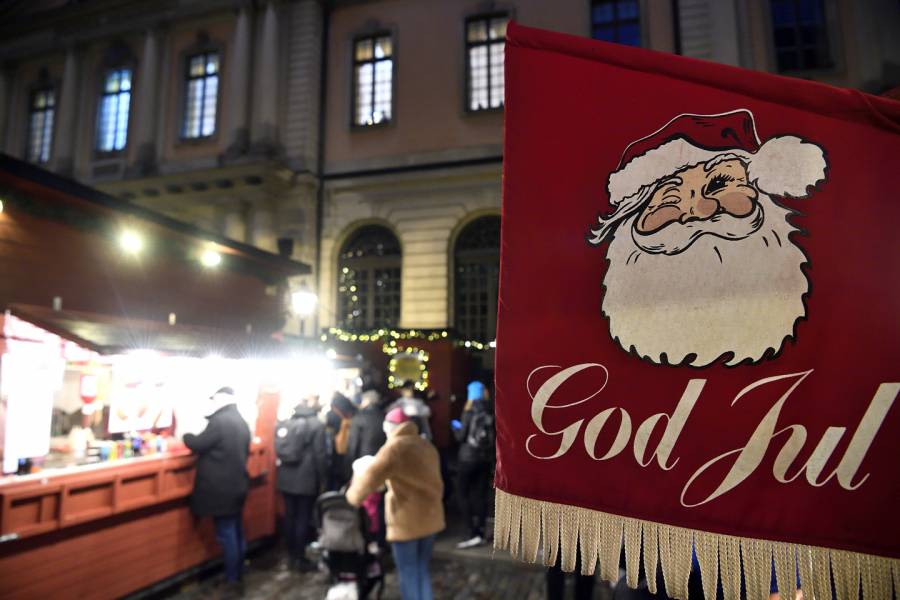 'Tis the season in Stockholm

As Nobel ceremonies take place this week in Stockholm, laureates and their guests take in Sweden's traditions

STOCKHOLM—Ho, ho, ho and a cup of glögg.

Nobel laureates and their families and friends arrive in Stockholm at the height of Sweden's winter holiday season, a time of flickering candlelight, colorful decorations, outdoor markets, food and drink, and a bevy of traditions. The spirit of Christmastime, or Jül, is fused with the Nobel Week ceremonies and receptions, with the Nobel Prize Museum in the heart of the city's Old Town neighborhood the epicenter of much of the spectacle.

Just outside the museum stands one of Stockholm's famous jülmärkets, or Christmas markets, where vendors in red stalls sell food, drink, and unique handmade crafts. Shoppers can find smoked meats and candy, holiday ornaments, and knit items. They can also sip some glögg, a Swedish version of mulled wine poured into a glass with almonds and raisins and best served with saffron buns. 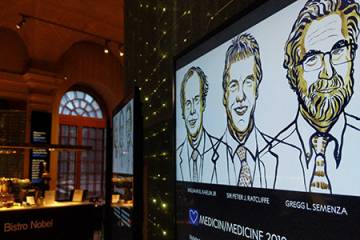 In Old Town, visitors can take part in late-night walking tours down alleys and across cobblestone streets as lantern-bearing guides tell of Swedish Christmas traditions such as the Living Advent Calendar, where each day beginning Dec. 1 a window in town opens at 6:15 p.m. and actors and singers pop out to perform holiday songs and stories.

On Dec. 13, Stockholm celebrates the Feast of Saint Lucia, an Italian saint that the Swedes have adopted as their own. On this day, nearly every school and many offices host a Lucia concert, which involves a female choir performing the Lucia song and other holiday tunes. Surrounded by a choir of women holding candles, one singer portrays the saint herself and wears a crown of lit candles. There are Lucia performances throughout the city.

Amar Causevic, a Bosnian-born SAIS alum who has lived in Stockholm since 2015 with his wife and daughter, says that the Feast of Saint Lucia is perhaps his most beloved holiday tradition.

"It's typically pitch black, and they walk in with candles lit and sing five to six songs, and then walk out singing," said Causevic, a research assistant at the Royal Swedish Academy of Sciences. "For me, that has been the most memorable tradition I've witnessed."

Take in the sights from Nobel Week in Stockholm

At the Grand Hotel, where the laureates stay while they're in town to accept their Nobel Prizes, visitors can sit down at the Christmas table, or Jülbord, a carnivore's delight of meat and fish traditionally accompanied by numerous toasts with beer, wine, and schnapps.

One of the city's newest traditions is the Stockholm Santa Run, a 3K race where more than a thousand people of all ages dress up as Santa and run or walk around one of the city's parks accompanied by Christmas carolers. It's a sight to see. 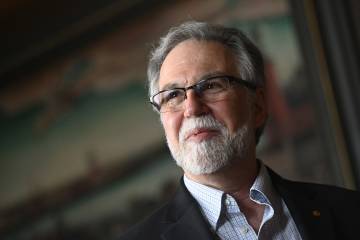 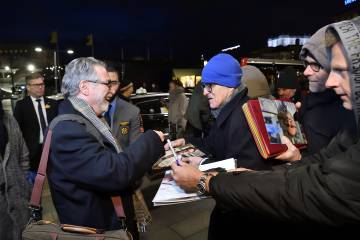