Students navigate the ups and downs of engineering design 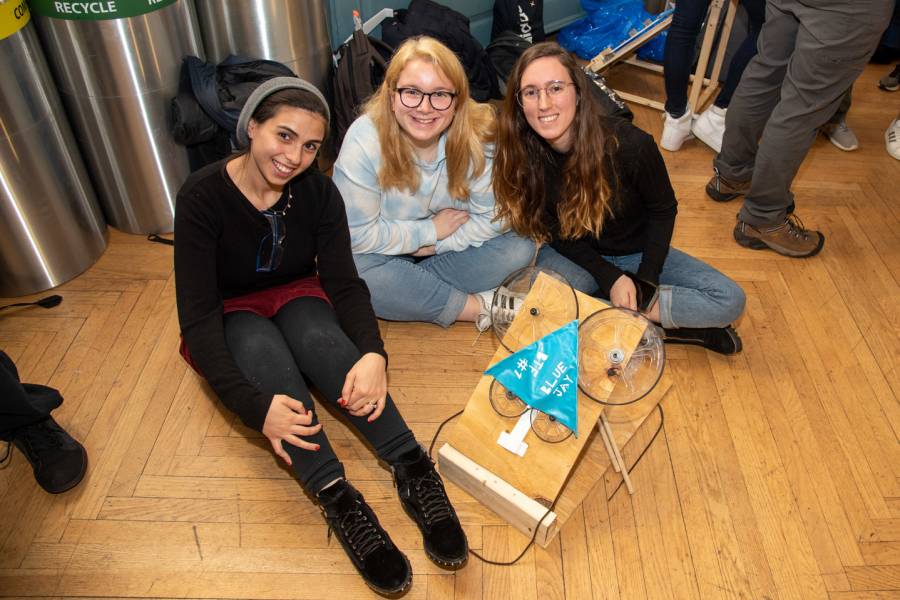 Each fall, first-year students enrolled in an introductory mechanical engineering course at Johns Hopkins University put their design skills to the test in a rite of passage known as the MechE Freshmen Design Competition. This year, they were challenged to design and build a device that could launch a small glider (also of their own design) across a room, propelled only by the energy of a falling 5-pound weight.

Nineteen student teams competed in head-to-head matches during the single-elimination tournament that took place in Levering Hall on the university's Homewood campus. Some gliders soared high. Others crashed into pieces upon hitting the floor. And some never even made it off the launching device, leaving students scratching their heads wondering what went wrong.

Success and failure are both part of the learning process, says Steven Marra, an associate teaching professor in the Department of Mechanical Engineering in the Whiting School of Engineering and the mastermind behind the annual competition.

"This was my first time asking the students to design a true aerodynamic projectile capable of generating lift," Marra said. "This year's assignment was especially challenging because each team had to design and fabricate both their glider and the energy-transfer device to launch it properly. And they did a fantastic job."

While the competition is meant to be good-natured and fun, it also introduces students to the ups and downs—in this case, literally—of the engineering design process. For most of them, the project is the first time they've designed and built a prototype from concept to finished product.

"Designing the glider and getting it to actually fly was much harder than we thought it would be," said Katharine Priu. "We researched the best glider designs, and then we put our design through several rounds of testing, and we still encountered some surprises during the competition."

Just like professional engineers, students were expected not only to create a working solution to the problem, but also to do it according to very specific criteria.

"They were constrained on how big their devices and gliders could be, what materials and off-the-shelf parts were allowed, how much money they could spend, and, of course, time," Marra said.

In the end, teams "Boeing! Glider than Air" and "Marratians" (a tribute to the instructor) advanced to the final round.

Both gliders made it to flight, but Boeing! Glider than Air landed farthest, clinching the win and earning each team member a Barnes and Noble gift card. Their "Blue Jay" themed glider broke into two pieces upon landing, but that didn't bother team members Chase Lahr, Tessa Erickson, and Sean Pak.

"If I learned anything, it's that you need to start testing as early as possible," Pak said. "You never have as much time as you think—and stuff breaks."

Students agreed the project was a great introduction to the mechanical engineering major, one that required them to explore both their technical talents and creative capabilities.

"This was a fun project because it was very hands-on, and we got to actually create something," Lahr said. "My team had some late nights, but I'd much rather be up late working on an actual product than writing a paper or studying for an exam." 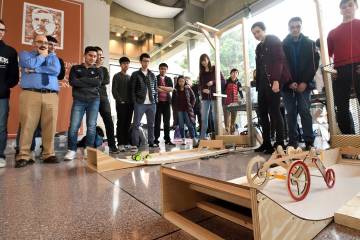 An on-ramp to creative design 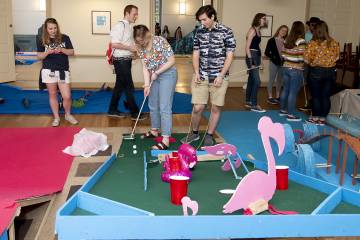