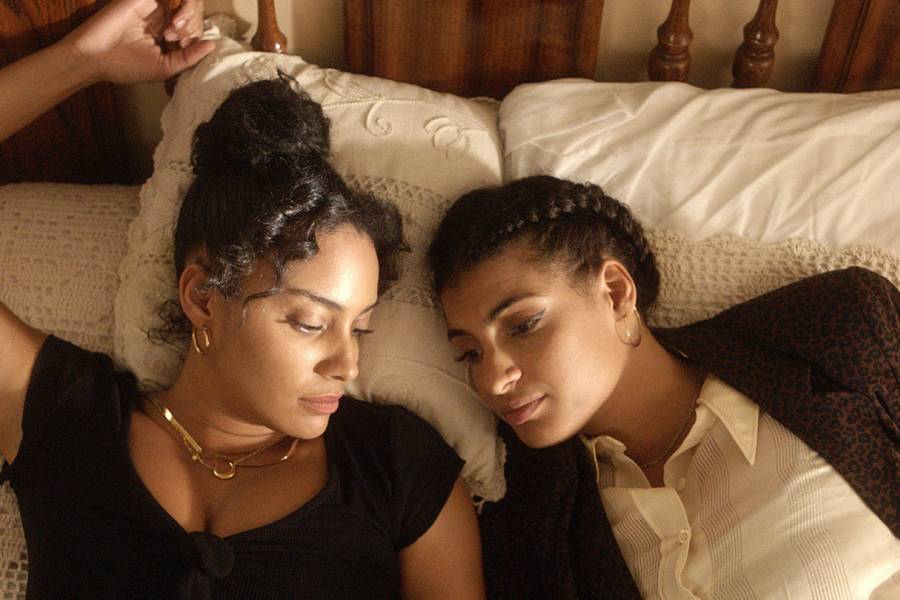 Diana Peralta stood on the roof of the house her grandparents built, watching her actors rehearse their dialogue.

Peralta, A&S '11, knew there would be challenges ahead, shooting an entire film in two weeks in a country far from home. But the moment the camera started rolling, her concerns dissipated. Instead, Peralta's focus was turned to a single task: Don't cry.

De Lo Mio, Peralta's debut film, follows two sisters raised in New York who return to the Dominican Republic to help their half-brother prepare their recently deceased grandmother's home for its imminent sale and demolition. The title references Dominican slang, used to describe the people closest to you and the pride you feel in common ground. 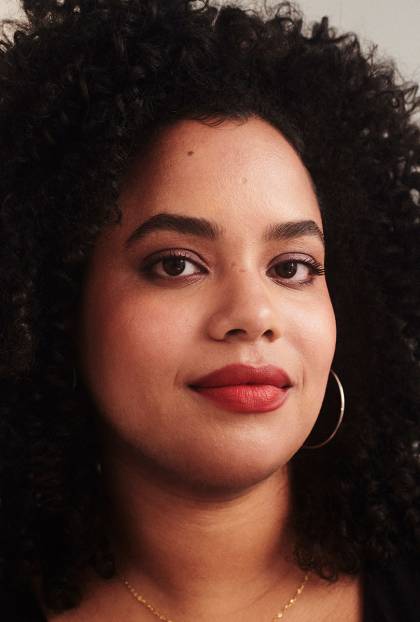 It's a personal story for writer/director Peralta, who began drafting the script after graduating from Johns Hopkins with a bachelor's degree in film and media studies. Born and raised in New York, she had spent her childhood summers at her grandparents' house in Santiago, Dominican Republic, to visit family and develop a relationship with her parents' home country. These summers in the D.R. shaped her, forging a love of the country, its community, and the culture.

After her grandfather died in 2013, she began exploring the ideas that would develop into De Lo Mio, reflecting on the impact of her family's separation between the D.R. and the U.S.

"I identify as a Dominican American, but if I go to the D.R., I'm a gringa. If I'm here, I'm a Dominican," Peralta says. "It's like I don't really belong in either place. A lot of people face that struggle. Whether they're Latinos, whether they're Caribbean, all over the U.S. there are people with that split family life. But at the same time, as I started writing, it felt unique. I don't see it on film. I don't see the type of characters I'm imagining."

The screenplay developed slowly, as Peralta shifted her focus to her day job in advertising. For years, it sat on a shelf, largely untouched, a project to get to one day when the timing felt right.

But then, timing was no longer up to her.

Peralta's grandmother, who still lived in the home Peralta visited as a child, was diagnosed with terminal cancer. Over the last six months of her life, Peralta took time off from work to shuttle between New York and Santiago in order to help care for her. During moments of quiet, she brought out her laptop and began working her complicated emotions into the screenplay she had set aside.

One day, while Peralta was back in New York, the call came. Her grandmother had died. And within the year, the house she loved—the house she based her screenplay around—would also be gone, sold to developers and likely demolished. If De Lo Mio was going to be made, it was going to have to be in the wake of this loss.

"I know the house is just a thing. It's not a person. But you know how it goes. We attach emotions and memories to places, and they have a strong impact on us."
Diana Peralta

To raise the film's $150,000 budget, Peralta reached out to Dominican and Latino investors from outside the film industry, who might be interested more in the project's subject matter than the business side of the industry. She called up classmates she first worked with in her film production classes at Hopkins, asking them to fly out to the D.R. as part of her crew.

Logistically, the two-week shoot went smoothly; emotionally, however, Peralta found that the process of shooting De Lo Mio dredged up memories and emotions she hadn't processed. The set became a minefield: Markers of Peralta's childhood were set decorations, her grandmother's clothes were used as props, and her own family photos transformed into her characters'.

"I know the house is just a thing," Peralta acknowledges. "It's not a person. But you know how it goes. We attach emotions and memories to places, and they have a strong impact on us."

Peralta used these triggers to inform her cast's performance. Moments before calling action, she would feed them information about the house and her memories. "These were my grandfather's records." "This is the room where my grandma passed away."

"I had to be strategic about when I would send them those nuggets," she says. "It was like manipulating my own emotions in a strategic way to make sure I got what I needed out of their performance. But it could be a little haunting."

De Lo Mio's fictional sisters, Rita and Carolina, share much of Diana and her sister Michelle's background as New Yorkers raised by first-generation immigrants. However, unlike the Peraltas, Rita and Carolina are joined by a third sibling—their half-brother Dante—who, in the film, is raised in the Dominican Republic and remains there. Though Rita and Carolina see the D.R. as an important part of their cultural heritage, to Dante, it's more than that. It's home. And when the sisters finish their work, they're going to return to New York, leaving him to continue picking up the pieces.

De Lo Mio made its premiere in June as the closing night screening of Brooklyn's BAMcinemaFest, an independent film festival that this year was bookended by another film about the immigrant experience. The Farewell, the indie box-office success starring Crazy Rich Asians' Awkwafina, opened the festival.

Peralta says it's been thrilling to introduce her film to an audience that paid to see her work. In August, as she walked over the celebrity handprints to her film's Los Angeles screening at the TCL Chinese Theater, it occurred to her just how surreal this experience had become, and how far removed it felt from her grandparents' home in Santiago.

"I'm still waking up every day, like, did that actually happen?" she says. "We'll see. We'll see if I wake up tomorrow and it was all a dream."