Building on previous work, researchers at APL appear to have corrected the ubiquitous energy source's most significant safety hazard—its combustibility 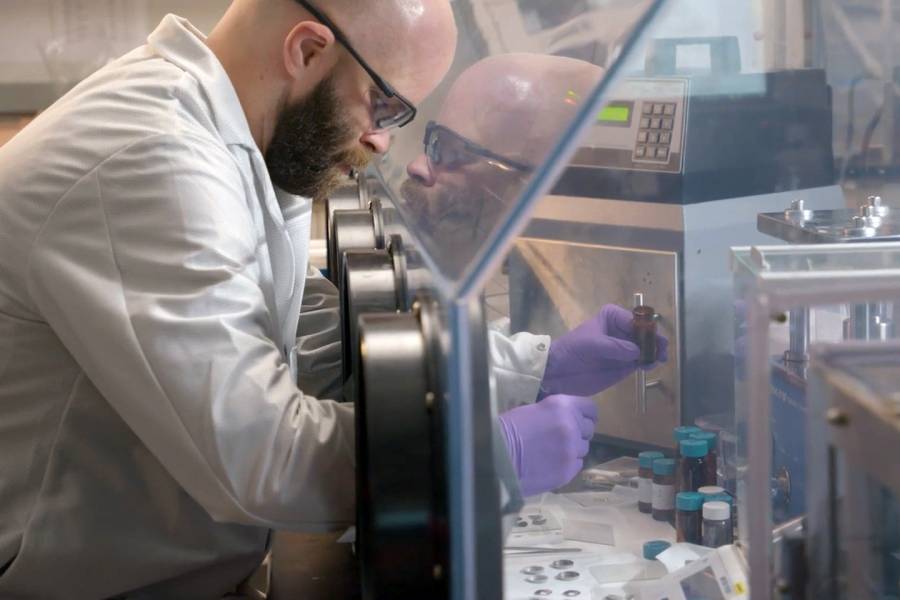 A flexible lithium-ion battery designed by a team of researchers from the Johns Hopkins Applied Physics Laboratory and built to operate under extreme conditions—including cutting, submersion, and simulated ballistic impact—can now add incombustible to its résumé.

Current Li-ion batteries are susceptible to catastrophic fire and explosion incidents—most of which arrive without any discernible warning—because they are built with flammable and combustible materials. Samsung Galaxy Note7 phones were banned from airlines as a result of this danger, and the Navy's prohibition of e-cigarettes on ships and submarines is a direct response to the need to reduce the flammability of such devices.

With these batteries emerging as the energy storage vehicle of choice for portable electronics, electric vehicles, and grid storage, these safety advancements mark a significant step forward in transforming the way Li-ion batteries are manufactured and used in electronic devices.

In research published recently in the journal Chemical Communications, the team, led by Konstantinos Gerasopoulos of APL's Research and Exploratory Development Department, details its latest discovery: a new class of "water-in-salt" and "water-in-bisalt" electrolytes—referred to as WiS and WiBS, respectively—that, when incorporated in a polymer matrix, reduces water activity and elevates the battery's energy capabilities and life cycle while ridding it of the flammable, toxic, and highly reactive solvents present in current Li-ion batteries. It's a safe, powerful alternative, the researchers say.

"Li-ion batteries are already a constant presence in our daily lives, from our phones to our cars, and continuing to improve their safety is paramount to further advancing energy storage technology," said Gerasopoulos, senior research scientist and principal investigator at APL. "Li-ion battery form factors have not changed much since their commercialization in the early 1990s; we still use the same cylindrical or prismatic cell types. The liquid electrolyte and required hermetic packaging have a lot to do with that.

"Our team's efforts have generally been focused on replacing the flammable liquid with a polymer that improves safety and form factor. We are excited about where we are today. Our recent paper shows improved usability and performance of water-based flexible polymer Li-ion batteries that can be built and operated in open air."

Additionally, the damage tolerance initially demonstrated with the team's flexible battery in 2017 is further improved in this new approach to creating Li-ion batteries.

"The first generation of flexible batteries were not as dimensionally stable as those we are making today," Gerasopoulos said.

With this latest benchmark reached, the researchers continue to work on further advancements of this technology.

"Our team is continuously improving the safety and performance of flexible Li-ion batteries," said Jeff Maranchi, the program area manager for materials science at APL. "We have already achieved further discoveries building upon this most-recently reported work that we are very excited about. We hope to transition this new research to prototyping within the year." 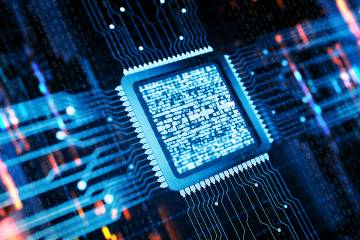 A building block of future computing?

Published Oct 10, 2019
Researchers discover a superconductor that naturally exists between two states, a finding that could pave the way for more complex computing in the future