They are among the world's top graduate students in business, bioengineering, computer science, and energy science fields 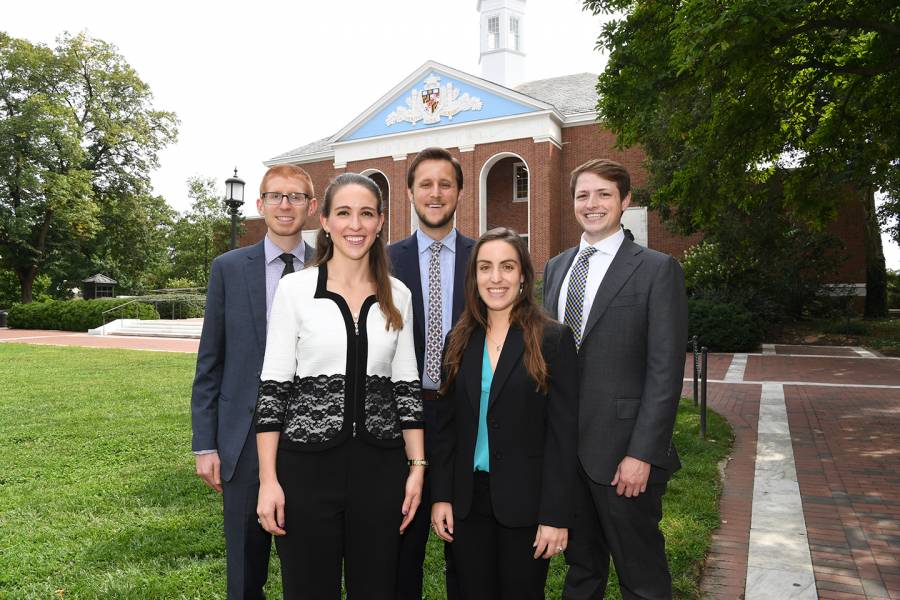 Five Johns Hopkins PhD students in the Department of Biomedical Engineering have been named Siebel Scholars for 2020. The annual award recognizes the world's top graduate students in the fields of business, bioengineering, computer science, and energy science. They are among 93 winners from 16 leading universities.

Siebel Scholars, selected for outstanding academic performance and demonstrated leadership, receive a financial award of $35,000 to support their final year of studies. Since its founding in 2000, the Siebel Scholarship has been awarded to 55 Johns Hopkins graduate students.

"I am tremendously proud of our Siebel Scholars," said Ed Schlesinger, dean of the Whiting School of Engineering. "Their academic accomplishments, commitment to their research, and drive to make a difference in the world are exceptional. It's wonderful to see them honored this way."

The 2020 Siebel Scholars from Johns Hopkins are:

Scott Albert works in Reza Shadmehr's Laboratory for Computational Motor Control to understand how the brain controls movements of the arm and how it learns to make better movements after making mistakes. His recent research focuses on stroke survivors in an attempt to understand how damage to the brain affects the ability to move or maintain a desired posture. His research supports the development of therapies to treat the movement deficits that accompany various neurological disorders such as stroke, Parkinson's Disease, or dystonia. Albert created open-source software to model arm movements and supported the formation of a consortium of researchers from Johns Hopkins, the University of Columbia, and from institutions in England and in Argentina. He has served as a teaching assistant and course advisor, receiving the Outstanding Teaching Assistant Award from the Department of Biomedical Engineering in 2017. When he isn't playing soccer, he volunteers with Thread, a Baltimore-based nonprofit that provides mentorship to underperforming high school students, and plays trumpet with the Johns Hopkins Jazz Ensemble.

Morgan Elliott is the laboratory captain for chemical and biomolecular engineer Sharon Gerecht. In her research, Elliott works to improve the clinical and commercial relevance of small-diameter tissue-engineered vascular grafts, or sdVGs, for use in cardiovascular bypass surgeries. Elliott helped develop a natural, polymer-based sdVG that takes less than a week to prepare, dissolves as new healthy tissue grows, and is durable enough to withstand the mechanical stress of a beating heart. She is currently working to validate these grafts in a large animal study. She holds a National Science Foundation Graduate Research Fellowship and received the Biomedical Engineering Society Career Development Award to present her work at the BMES Annual Conference in Oct 2018. She has served as a mentor for seven budding engineers, including two graduate students, four undergraduates, and one high school student. She is the graduate student advisor for the Johns Hopkins chapter of Alpha Eta Mu Beta, an international biomedical engineering honor society.

Michael Ketcha is a PhD student in the I-STAR Lab, which stands for Imaging for Surgery, Therapy, and Radiology, at Johns Hopkins. He works with Jeff Siewerdsen to study methods and theory of image-guided surgery using X-ray and CT imaging. By combining knowledge from machine learning and physics-based models, Ketcha is developing and analyzing computational tools that allow physicians to deliver a high degree of surgical precision during less invasive procedures, which improve patient outcomes and recovery time. His work has led to three first-author peer-reviewed publications, more than 15 co-authored publications, two patents, five conference talks, and several awards, including SPIE Medical Imaging's Young Scientist Award. He has served in several roles, including co-director of internships, within the Biomedical Engineering Extramural Development in Graduate Education program, which supports and trains Johns Hopkins PhD students who are pursuing non-academic career paths. He also co-founded Hopkins Hikers, which has grown to include more than 300 members from the Hopkins community who meet for monthly hikes.

Christine O'Keefe works in the lab of mechanical engineering Professor Jeff Wang developing devices that use DNA to diagnose illness. Her most recent research led her to create HYPER-Melt, a microfluidic device that can analyze blood samples at the molecular level to identify the DNA changes associated with cancer. Her research papers, posters, and pitches have won numerous awards, including the Institute for NanoBioTechnology's annual Graduate Poster Competition and Business Pitch Competition. Since 2013 she has served as a member of the Johns Hopkins Biomedical Engineering Extramural Development in Graduate Education program, and she has also served as a mentor in the STEM Achievement in Baltimore Elementary Schools program—which enlists Johns Hopkins community members to help strengthen science, technology, engineering, and math skills for elementary students. She has received a National Science Foundation Graduate Research Fellowship and the Philanthropic Education Organization Scholar Award. As a mentor in the Women in Science and Engineering mentorship program, O'Keefe helps encourage girls in high school to pursue college degrees in science and engineering fields.

David Wilson is a PhD student in the Translational Tissue Engineering Center and the Institute for NanoBioTechnology at Johns Hopkins, where he works with Jordan Green to engineer materials that facilitate the safe and effective delivery of genetic material to treat a wide range of human diseases, including cancer and genetic disorders. Wilson's research centers on the goal of functionally replacing defective genes, and the materials he has invented are currently being used in preclinical studies for novel cancer therapies, the treatment of retinal diseases, and the delivery of innovative vaccines. He is a National Science Foundation Research Fellow and has won numerous presentation and research abstract awards. He served as co-chair of the Biomedical Engineering Extramural Development in Graduate Education program and is a member of the Society for Biomaterials, the American Society of Gene and Cell Therapy, and the Biomedical Engineering Society. He has served as a graduate research mentor to nine undergraduate students in the Green lab. 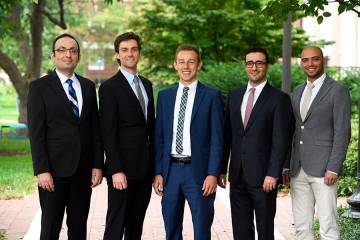 Published Oct 9, 2018
Program recognizes scholars who have outstanding academic records and have demonstrated leadership in business and science fields