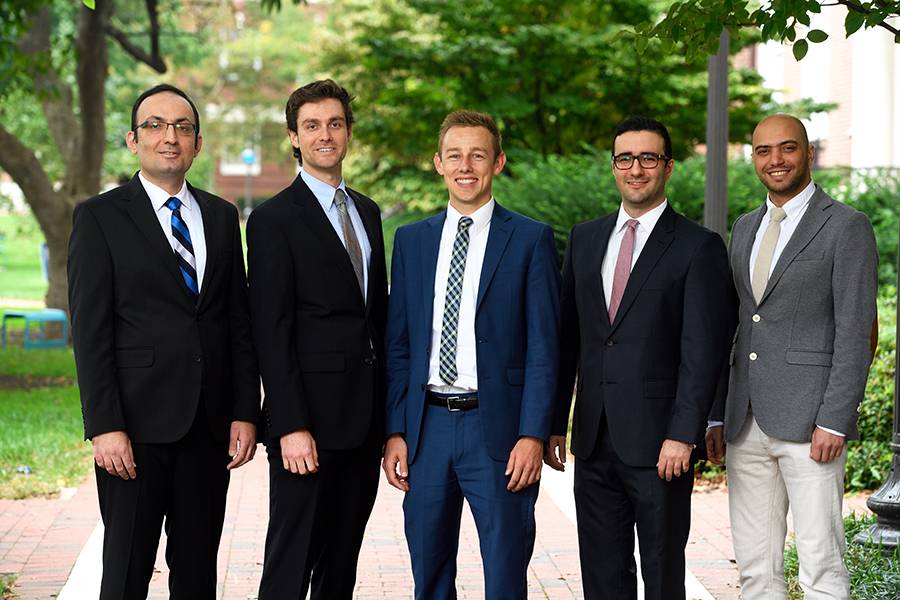 Five Johns Hopkins University engineering students were recently named Siebel Scholars for 2019, an annual award that recognizes nearly 100 of the top graduate students from universities across the nation who are studying in the fields of business, bioengineering, computer science, and energy science.

Siebel Scholars are selected for their outstanding academic performance and demonstrated leadership, and they receive a $35,000 award toward their final year of studies. Since its founding in 2000, the Siebel Scholarship has been awarded to 50 Johns Hopkins graduate students.

"Our Siebel Scholars embody the spirit of investigation and leadership that marks a Johns Hopkins University engineering graduate student," says Ed Schlesinger, dean of the university's Whiting School of Engineering. "They have demonstrated a commitment to science and innovation, and a dedication to instructing and mentoring others. We are proud of their many accomplishments."

The winners from Johns Hopkins University are:

Alambeigi is a PhD candidate whose research aims to equip orthopedic surgeons with dexterous, snake-like robots to improve procedures during minimally invasive surgery. With an eye on taking conventional, rigid surgical tools to the next level, Alambeigi has developed robots with integrated fiber optic sensors and tools that are flexible and situationally aware.

His research has led to more than 20 academic papers published in top journals; three licensed U.S. patents; a feature in The Wall Street Journal; and numerous academic awards. In 2017, Alambeigi led JHU's team at the International Hamlyn Surgical Robotic Challenge in London, winning the Best Innovation Prize at the competition. He mentors Johns Hopkins undergraduate and graduate students, and since 2016 has organized and led the Johns Hopkins Robo Challenge for middle and high school students in Baltimore City. As founder and president of the JHU Iranian Graduate Association, he organized the 2018 Persian New Year Party and other professional and social events for Iranian graduate students at JHU.

Azimi is passionate about the intersection of technology and health care and surgery. His research focuses on medical robotics and augmented reality. He has developed novel display calibration methods and user interaction modalities for head-mounted displays that improve surgical navigation and have helped to revolutionize medical training. His technology is in the process of being licensed. Azimi has also implemented techniques for robot-assisted cochlear implant placement and needle-steering.

Before joining Johns Hopkins, he worked at Harvard Medical School where he developed a method to improve the resolution and dynamic range of a medical imaging system. His work has led to more than 15 peer-reviewed articles in top journals and conferences. He holds multiple patents and has received numerous academic and research awards. He supervises undergraduate and graduate students at Johns Hopkins and leads the Laboratory for Computational Sensing and Robotics graduate student committee and volunteers at Living Legacy Foundation.

Fotouhi is a PhD candidate whose research focuses on image-guided interventions for health care that are enabled by multimodal augmented reality and artificial intelligence. He has helped lead research at Johns Hopkins that brings physician-centered augmented reality to surgery.

Fotouhi has received numerous academic and research awards, including the Coulter Award and a fellowship at the Johns Hopkins Applied Physics Laboratory. He has mentored more than 40 students, including 11 visiting scholars from Europe, five master's students, and an undergraduate who was named the department's best researcher. Fotouhi has also been active in JHU's community supporting international students who have been affected by recent U.S. travel restrictions.

Hickey, a PhD candidate at in the Department of Biomedical Engineering, has received numerous awards, including $20,000 from the Johns Hopkins Idea Lab competition to implement public health campaigns in Baltimore and a $25,000 grant to assist teams in commercializing their research. He is vice president of the nonprofit MEP and created the mobile app T-crunch to increase student feedback in academic classes. He has received NIH, NSF, and ARCS fellowships to engineer biomaterial artificial lymph nodes and cells for immunotherapy.

Passionate about teaching and community outreach, Hickey has taught at Towson University and at Johns Hopkins, where he created and taught three undergraduate and master's-level immunoengineering courses and served as a teaching-as-research fellow. He mentored 12 students, and together they produced eight publications and 31 presentations with multiple research awards.

He has been the lead author of nine peer-reviewed papers, including a book chapter and a paper in Science Robotics. He's mentored 23 undergraduate and three high school students and has held numerous leadership positions at Johns Hopkins including biomedical engineering MSE Council president, PhD Council vice president, and president and race director of the JHU Cycling Team. 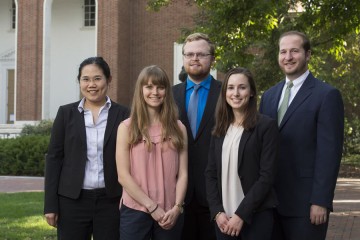 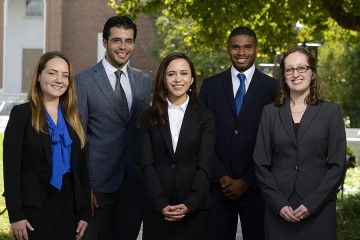