He spent nearly three decades in the Department of Psychological and Brain Sciences, where his research focused on developing adaptive, computer-based tests for measuring mental capacity

Bert F. Green, professor emeritus in the Department of Psychological and Brain Sciences at Johns Hopkins University, died earlier this month. He was 91. 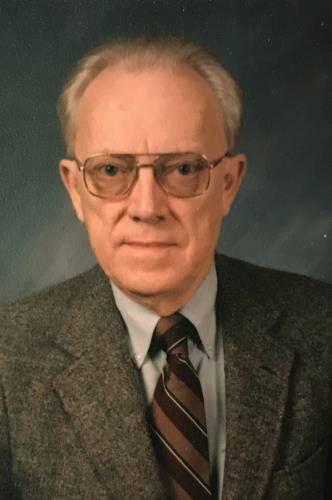 Green was a noted teacher, researcher, and consultant specializing in psychometric methods for computer-based adaptive testing, as well as performance assessment and health assessment. He arrived at Johns Hopkins in 1969 after receiving his bachelor's degree from Yale in 1949 and his master's and PhD from Princeton in 1950 and 1951, respectively. Before joining Hopkins, he served on the staff of the Lincoln Laboratory at MIT, as a consultant in computer science for the Rand Corporation, as professor of psychology and department head at Carnegie Mellon, and as a Fellow at the Center for Advanced Study in Behavioral Sciences. He retired from Hopkins in 1998 and went on to serve as a statistical consultant.

"He was highly intelligent," said Howard Egeth, professor of psychological and brain sciences. "He is best known for his work in psychometrics, and in particular for the development of computerized adaptive testing methods (as opposed the old fashioned paper and pencil variety). But long before that, he devised what is, I believe, the first computer program that could answer questions about a subject matter (baseball statistics) that were asked (typed) in a natural language. He also helped his friend and colleague, Warren Torgerson [psychology professor emeritus who died in 1999], to develop the mathematics used in the widely used method of multidimensional scaling."

Green authored more than 110 scholarly articles. He served as editor of Psychometrika from 1972 to 1980 and as president of the Psychometric Society in 1965 and of Division 5 of the American Psychological Association in 1978. He was honored by that division for distinguished lifetime contributions in evaluation, measurement, and statistics in 1997 and by the Association of Test Publications for a Career Achievement Award in Computer-based Testing in 2001. Also in 2001, the American Educational Research Association presented him with the Lindquist Award for Excellence in Research in Measurement.

Green was an avid sports fan, following the Baltimore Ravens and Orioles. He often mixed his interests by applying statistical analysis to football.

He is survived by his son Malcolm and daughter-in-law Anne, of Newark, Delaware; his son, Edward, of Reno, Nevada; his grandson, Benjamin; and his former wife Becki Gentry.