Graduating senior Eli Levine, who studied Persian at SAIS, was among the first students to participate in the Foreign Language and Area Studies Fellowship 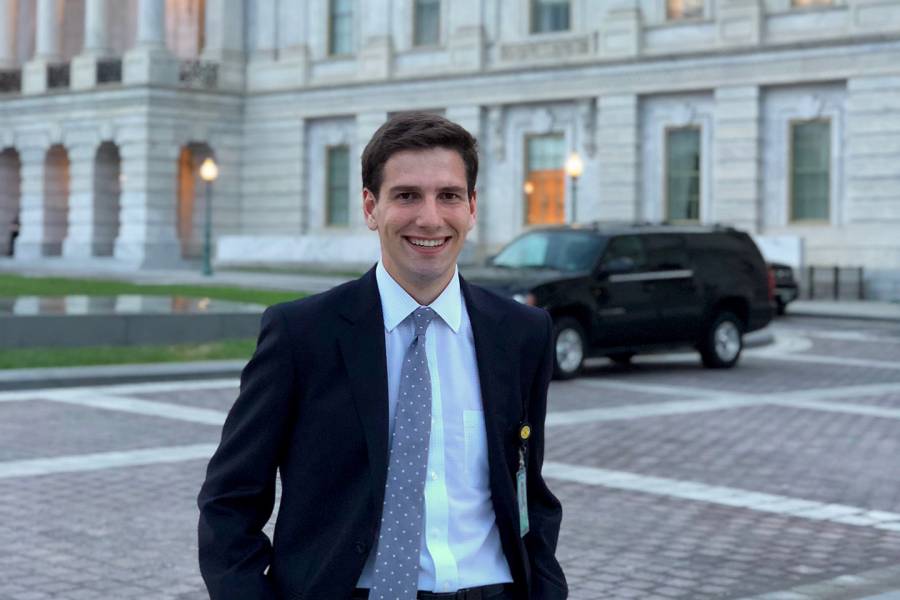 With a resume that includes academic honors and coveted internships—in the Center for Middle East Policy at the Brookings Institution, in the office of U.S. Sen. Elizabeth Warren, and at the "Today" show on NBC—there likely will be no shortage of job opportunities waiting for Johns Hopkins senior Eli Levine after he graduates.

But the international studies major—who dreams of one day entering the foreign service—made a strategic decision his senior year to study a foreign language that would help him stand out in a competitive field of aspiring diplomats: Persian.

"You get a lot more clout and priority in the foreign service application process if you speak lesser-known languages," Levine says.

Levine applied for a Foreign Language and Area Studies Fellowship offered by the Program in International Studies at Johns Hopkins University's Krieger School of Arts and Sciences and funded through a grant from the U.S. Department of Education. Pier Larson, a professor in the Department of History, is the primary principal investigator for the grant alongside co-investigator Sydney Van Morgan, program director of international studies. Levine is the first graduating senior to have participated in the program.

"The Program in International Studies at the Krieger School already substantially dovetails with the scholarship and research that takes place at SAIS," Van Morgan says. "The Foreign Language and Area Studies Fellowship has furthered that exchange between SAIS and the Krieger School, and has given our students the chance to take part in unique and enriching learning opportunities."

The program, which funds foreign language learning for graduate or undergraduate students at the Krieger School and at JHU's School of Advanced International Studies in Washington, D.C., primarily focuses on less commonly taught languages such as Arabic, Hindi-Urdu, Japanese, Korean, Portuguese, Thai, and Vietnamese. Together, SAIS and the Krieger School offer 15 languages to students interested in studying regions around the world. Students based on the university's Homewood campus can take courses at the SAIS campus if the language and level of instruction is not offered at Homewood, and vice versa.

Already proficient in Spanish, Levine picked Persian up quickly because it shares certain grammatical and linguistic structures with European and Romance languages. Classes, led by SAIS instructor Mohamad Esmaili-Sardari, typically were conducted in a circle so Levine and his classmates could spend as much time as possible speaking with one another in Persian.

His choice of language was as much about following his passion as it was about gaining valuable career-related skills. The experience gave him insights into a different culture, but also showed him how misunderstood many parts of the Middle East are.

"In the U.S., we tend to have a monolithic view of Iran, and often we associate the Iranian people with the Iranian regime," says Levine. "It's been incredible to learn from someone who is actually from Iran and lived there for a third of his life and can share what he loves about the country and what he doesn't love about it, and what he misses and what he doesn't miss."

Levine has also incorporated Persian-language podcasts and Persian music into his study routine, although the restrictions on Internet access in Iran tend to limit his options.

He says the FLAS Fellowship has deepened not only his knowledge of the Iranian language and culture, but also his appreciation for the Middle East.

"The program really helped me fall in love with the region, absolutely," he says. 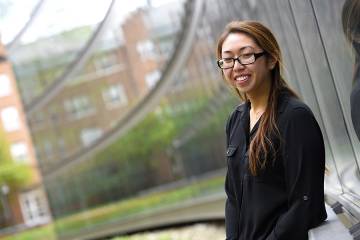 Published April 19, 2019
Two graduate research fellowships will fund 100% of her studies while she pursues a PhD in biophysics at Harvard beginning this fall