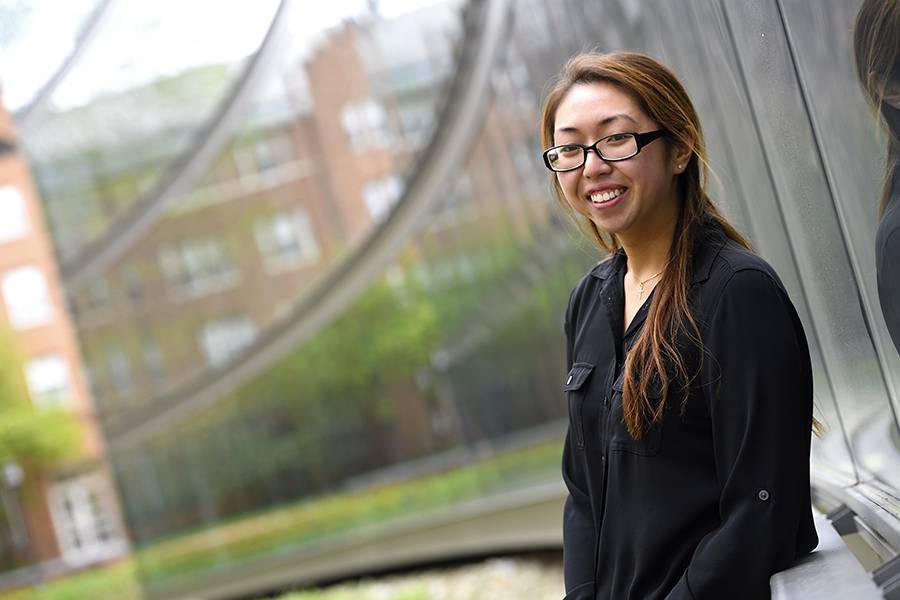 Image caption: Melissa Mai is one of only 11 students in the U.S. to receive a Hertz Graduate Fellowship

Melissa Mai came to Johns Hopkins with an interest in public health studies and a fear of physics. She'll leave as an accomplished young scientist who specializes in the physics of cell motility, and with a range of research studies and two prestigious graduate research fellowships under her belt.

Mai, who will graduate next month with a bachelor's degree in biophysics and mathematics, will head to Harvard University this fall to begin working toward her PhD in biophysics as a Hertz Graduate Fellow, an exclusive national award that recognizes outstanding physical, biological, and engineering science students who demonstrate the potential to change the world for the better through their research. She is one of 11 students selected to receive the award from a national applicant pool of 840.

She was also awarded a National Science Foundation Graduate Research Fellowship, a competitive scholarship that recognizes outstanding students in science, technology, engineering, or mathematical fields. The combined fellowships will fund 100 percent of Mai's graduate studies and provide her with a living stipend while she's enrolled at Harvard.

As an undergraduate, Mai has focused much of her research on computationally modeling the migration of single-cell organisms such as amoebas that are capable of swimming and crawling. At Harvard, she hopes to integrate both experiment and theory to develop models of more complex multicellular formations.

"One of the biggest scientific questions that has interested me over the past four years is population dynamics—how individuals behave on their own and how those behaviors change when they're in the context of others," Mai says. "I want to explore those questions from a rigorous, physical perspective." 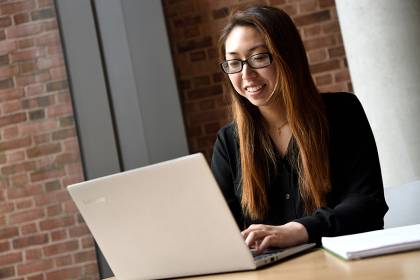 Image caption: Mai is interested in studying population dynamics on a cellular level, examining biofilms and other multicellular structures

Currently, she's interested in studying cellular biophysics on a population scale by examining formations like biofilms, which include the plaque that builds up on teeth or the biological filters used in wastewater treatment plants.

"The interesting thing about biofilms is they consist of unicellular organisms that, as a population, build these structures and develop emergent social behaviors," says Mai. "One of the central questions in biofilm dynamics is getting rid of them, because it's not easy to just slough a biofilm off. So that's one of the things I want to look at. But I don't want to limit myself to that topic, and the great thing about grad school is that I'll get to explore."

Mai's academic journey shifted toward physics early on, although she says she was surprised by the affinity she developed for the field. In her first year at Hopkins, she joined the lab of Richard Cone, who had launched a study of bacterial vaginosis, a disease that affects nearly two-thirds of women in the U.S. and can lead to pregnancy complications and pelvic inflammatory disease. Mai, then a hopeful epidemiologist, was drawn to the research because of its enormous public health implications.

At first, she says, she was unsure how Cone's work fit under the umbrella of biophysics, but as the study progressed, she began to understand how the discipline—which applies physics-based, quantitative approaches to biological problems—informed her work on the vaginal microbiome.

"It was really cool to see this microbiology problem through a different lens," Mai says.

Moreover, she learned that Cone had transitioned from studying photoreceptors to vaginal health after he noticed that women's health issues were grossly overlooked in the research community. Although she had been initially intimidated to take an advanced physics class her sophomore year, she was inspired by Cone's experiences and decided to make her own academic transition.

"The faculty at Hopkins taught me the importance of taking meaningful risks in my research and career," she says. "I'm incredibly grateful for the diverse and interdisciplinary research experiences I've had."

Since declaring a biophysics major, Mai has served as a teaching assistant for both senior lecturer Carolyn Fitch and Assistant Professor Margaret Johnson. She spent two years working in the lab of Professor Juliette Lecomte studying the structural chemistry of heme proteins, specifically looking at hemoglobins. Last spring, Mai was one of two Johns Hopkins students to receive an Astronaut Scholarship, which recognizes only 50 students from across the country for their work in scientific fields.

Outside of Hopkins, she spent a summer as a research intern at the National Institutes of Health studying blood cell development and also worked on app development for Pfizer's Clinical Pharmacology group. Most recently, she has been conducting research alongside Assistant Professor Brian Camley, who also held a Hertz Fellowship during his graduate studies and encouraged Mai to apply to the program.

"Melissa has been a creative force, reading the literature avidly and coming up with all sorts of interesting new ideas," Camley says. "She is a remarkable young scientist, not only in terms of her skills but also her ambition and broader curiosity for the field of biophysics, working extensively in both theory and experiment. I'm looking forward to seeing what she does next." 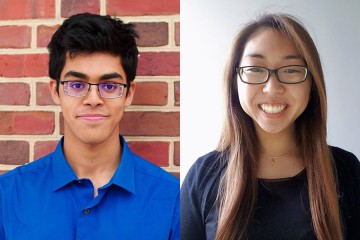 Published May 31, 2018
Vinay Ayyappan, Melissa Mai among 50 U.S. recipients selected for their academic and research merit 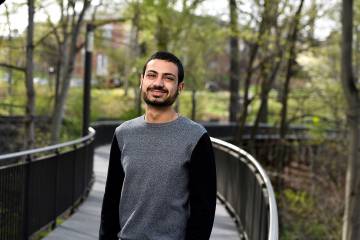