At Henderson-Hopkins, a week of the Alvin Ailey dance experience 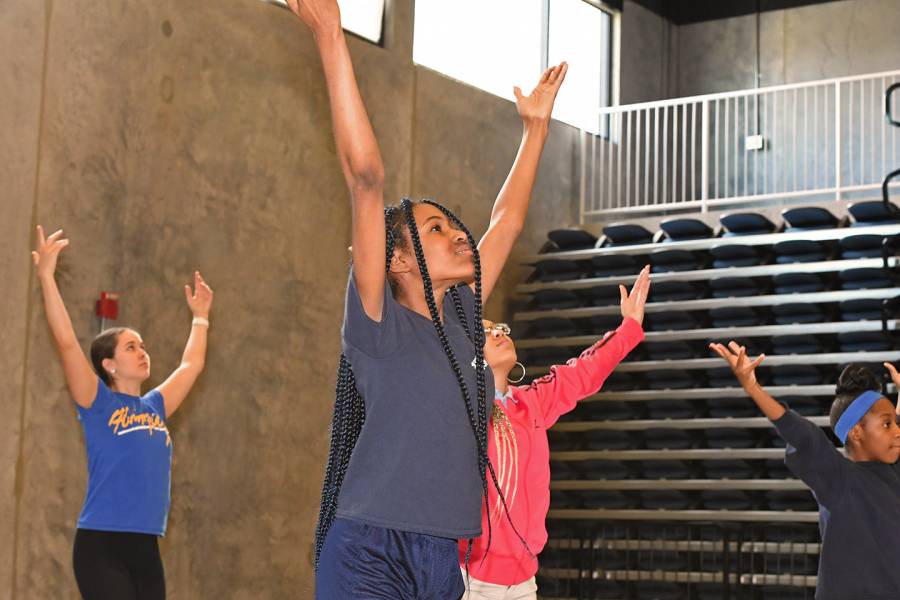 Nasha Thomas, a master teacher from the Alvin Ailey American Dance Theater, had asked students in the drama club at East Baltimore's Henderson-Hopkins school what words they associate with nighttime.

Their answers became the basis of short improvised dances, which the middle-schoolers composed on the spot. Later the group learned steps to a part of Night Creature, a prowling ballet-jazz dance that Ailey, the celebrated African-American choreographer and activist who helped popularize modern dance in the 1960s, choreographed in 1974 to the music of Duke Ellington.

This was the second day of an arts education workshop Thomas' team hosted this week at the Baltimore elementary and middle school. The education residency program, called Revelations: An Interdisciplinary Approach, features workshops that combine movement, language arts, and social studies, using its namesake choreographed dance—considered Ailey's signature piece—as a springboard for lessons. Active in cities across the U.S. and in London, the Revelations program is now in its 15th year, while the dance company itself is in the midst of its 60th anniversary tour.

The Modell Performing Arts Center at the Lyric, where the dance company performed Tuesday and Wednesday, helped connect the Ailey organization to Henderson-Hopkins, a contract school of Baltimore City Public Schools operated by Johns Hopkins University's School of Education in partnership with Morgan State University.

At Henderson-Hopkins, in addition to the after-school visit with the drama club, Ailey instructors hosted a training session with teachers on Wednesday. But the main focus of the program was four days of workshops with a group of about 25 middle-school girls who had signed up for the experience.

On Wednesday, Thomas told them about the life and work of the company's founder. Ailey first fell in love with dance, she said, during a class trip to the Ballet Russe de Monte Carlo in junior high school.

"Just like you're going to see Ailey tonight," she told the students, all of whom received tickets to that night's performance at the Lyric.

Participation in the drama club at Henderson-Hopkins is up 200 percent this year, said Jerome Graham, vice principal of the middle school. And many students who signed up for the Ailey program are already active in the school's cheer squad, step team, and theater activities.

"The Alvin Ailey project puts the cherry on top of all the work we've done at the school over the last year," Graham said.

"This gives them more of a formal training." 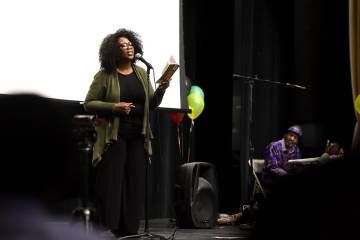 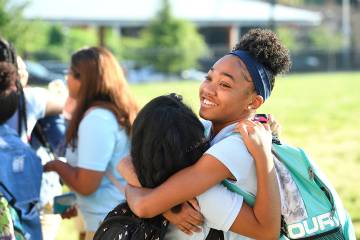 A fresh (and festive) start

Published Sept 17, 2018
Henderson-Hopkins school opens its doors for the new school year with a new principal and recent interior upgrades