Michel Jeanneret, Jean Starobinski, and Marcel Detienne each left a deep imprint on his field through his teaching and scholarship

Last month, three giants in the humanities with ties to Johns Hopkins died. Michel Jeanneret, Jean Starobinski, and Marcel Detienne each left a deep imprint on his field through his teaching and scholarship, and each will be remembered for his world-renowned and transformative contributions.

Michel Jeanneret, a world-renowned specialist in the literature, history, and culture of Renaissance humanism and an expert on the French classical age, died March 3. He was 79. 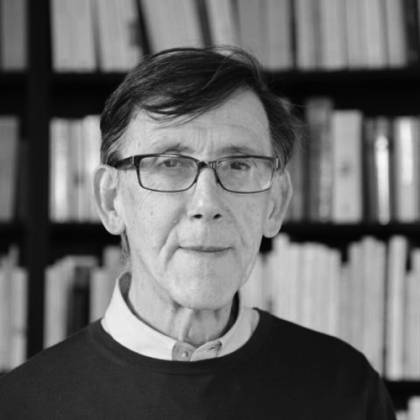 Trained at the Université de Neuchâtel and appointed professor of French literature at the University of Geneva, Jeanneret became the de facto ambassador for the cross-disciplinary critical tradition associated with the Ecole de Genève. In the 1990s, he served as a visiting professor at Johns Hopkins, where he created a flourishing exchange program for doctoral students with Stephen Nichols, now professor emeritus in the Department of German and Romance Languages and Literatures, in 1992. In his classes in Gilman Hall, Jeanneret left the same distinctive imprint of rigor, critical inventiveness, and pleasures of textual study that his books reveal. He served as a professor in the Department of German and Romance Languages from 2005 to 2009.

"Michel Jeanneret valued encounters, exchanges, and discoveries far more than distinctions and tributes," Jacques Neefs, professor emeritus of French, writes from Paris. "And yet, beyond the sadness, his absence prompts a need to return to his masterly books on the Renaissance (Perpetual Motion: Transforming Shapes in the Renaissance from da Vinci to Montaigne, 1997, and A Feast of Words, 1987), on French classicism (Eros rebelle, 2003), or his groundbreaking work on writing and madness in Nerval (La Lettre perdue, 1978). What awaits us in this oeuvre, beyond the pleasure of discovery and its originality, is a deeper and more far-reaching lesson—about our unique debt to literature when it comes to making sense of our senses, to recollecting the past, and to the inventiveness that defines our human intelligence."

A regular and reputed guest at British, American, and Italian as well as French universities (including the Collège de France), Jeanneret also left his mark on an impressive cohort of graduates, whom he inspired and mentored and encouraged to travel. After retirement in Cambridge with his wife—the celebrated 18th-century scholar Marian Hobson—he remained deeply vested in new projects, bringing energy, curiosity, and expertise to collaborations in the digital humanities. "Le lecteur à l'oeuvre," the groundbreaking exhibit that opened in 2013 at the Fondation Bodmer in Cologny and that can still be visited online, bore his hallmark. It showed, in his words, "the traces, visible, concrete, and sensual of a history behind and ahead of us that will last as long as there are texts to read."

Jean Starobinski, who taught French literature and finished his extraordinary thèse es lettres on Jean-Jacques Rousseau in the then-Department of Romance Languages, died March 4 on the shores of Switzerland's Lake Léman. He was 98. 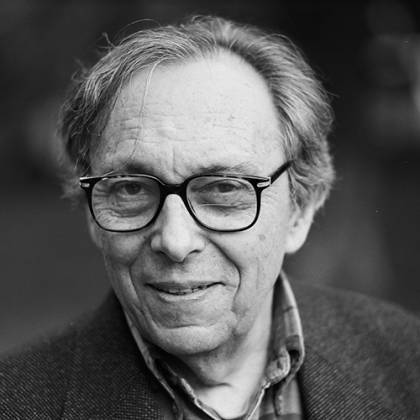 A man of prodigious learning and artistic sensibility, a specialist in the Enlightenment, and a skillful interpreter of texts, paintings, and musical works—and beyond them, of human nature in its glories and its pains—Starobinski has left his imprint as a brilliantly gifted humanist on a major stretch of European and world intellectual history. His 90th birthday was celebrated at Johns Hopkins with an emblematically titled conference, "Jean Starobinski, la conscience critique" (critical consciousness), which Neefs organized.

The aptness of the title lies in a semantic divergence—between conscience and consciousness—and pays tribute to this major thinker (a scientist and historian of science in his own right) who devoted his talents to the humanities with the conviction that only the cultivation of letters and the arts could give us true insight into the complexities and aspirations of the human mind and soul. Starobinski's books and essays transformed the intellectual landscape in the 20th century and into the 21st, starting in the postwar years.

Born in Geneva, Switzerland, to a Polish-Jewish family, he defined this vocation in Baltimore when, on a double track of study in letters and medicine at the University of Geneva, he came to Hopkins in 1953. Accompanying his wife, Jaqueline, a trainee in ophthalmology at the Johns Hopkins Hospital, Starobinski divided his time between lectures and rounds at the hospital and Homewood. His encounter with Rousseau's genius and sensibility shaped a lifelong commitment to literary criticism. Shared enthusiasms for wide-ranging conversations across disciplines led to an enduring friendship with Richard Macksey, professor emeritus of Comparative Thought and Literature, and, later, to frequent visits to Hopkins.

The recipient of numerous prizes, with books and essays translated into 20 languages and honorary degrees from many universities (including Hopkins), Starobinski will be remembered as a historian of the human soul and psyche and for his ability to relate to the ideas, minds, and feelings of other great minds. His writings on Rousseau, a major influence on later proponents of the human sciences and of theory, responded to the structuralist revolution in developing an ethics of reading that helped define humanistic thought and put him, in the words of poet and philosopher Martin Rueff, on par with Camus, Merleau-Ponty, René Char, and Calvino.

After leaving Hopkins in 1956, Starobinski finished his medical training at the University of Geneva, choosing psychiatry as his specialty. He was appointed to the Faculty of Letters there, where he taught the history of ideas, the history of medicine, and literature from 1958 to 1985, and became a world-renowned essayist and teacher as well as a European voice for peace in the post-World War II years. Central to his legacy is the conviction that the act of interpretation entails, for the critic, the deepest of critical responsibilities—in demanding that we understand, without sentimentality and away from ideologies, the singular and ineffable complexity of our inner lives, our passions, and our commitments.

An heir to the best ideals of the Enlightenment, "Staro," as he was known, believed in the virtues of what he called l'humaine conversation, a conversation intended to keep alive our humanist ideals alive, which he believed held that our humanity is inseparable from our ability to listen to and to read one another's words. A gifted lecturer and speaker, he leaves behind a rich audio and video archive. His library of more than 40,000 books is housed at the Swiss National Library. His own works fill several shelves: among them are his Montaigne in Motion (1982); his moving Collège de France lectures on Baudelaire; his studies of the iconography, gardens, and emblems of the revolutionary years; and his refined pieces on Freud's legacy. Towering above them all stands his study of Rousseau, Transparency and Obstruction, a book whose learnedness and intelligence have challenged the greatest philosophic minds of our age. 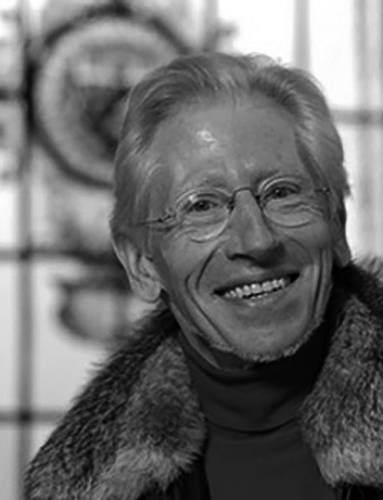 Detienne was one of the most prominent classicists of his generation. A Belgian-born historian and renowned specialist in the study of ancient Greece, he taught in the Department of Classics from 1992 until his retirement in 2007. His career was dedicated to an innovative—even audacious—crossing of disciplinary boundaries, notably setting anthropology and history in dialogue as a means of bringing new questions and insights to the study of ancient Greece. In his 30 books and hundreds of papers, Detienne used this lens to examine Greek rites, socio-cultural foundations, and political institutions. He often saw connections with the classical world where others had never thought to seek them, reaching across time and space to engage with studies of social experience in places such as Japan and Ethiopia. His efforts made the ancient Greeks human by daring to compare them.

Detienne was the youngest of a cohort of three Paris-based classicists, with Jean-Pierre Vernant and Pierre Vidal-Naquet, who, beginning in the 1960s, transformed the field of ancient Greek religion and society under the influence of structuralist and semiotic theory. Already well-established when he came to Hopkins and the author of groundbreaking studies like The Gardens of Adonis (1972), Detienne produced a steady stream of important monographs, including Apollon le couteau à la main in 1998; The Daily Life of the Greek Gods in 2000 with Giulia Sissa, then a professor of classics at Hopkins; and Comment être autochtone: du pur Athénien au Français raciné in 2003, which grew out of a seminar he co-taught with JHU's Alan Shapiro. Detienne attracted graduate students to Hopkins from all over the world, and supervised the dissertations of students from Germany, Israel, China, Sicily, and Cyprus.

Detienne received his doctorate in religious sciences at the École des Hautes Études in 1960, and his doctorate in philosophy and letters from the University of Liège in 1965. He was a director of studies at the École Pratique des Hautes Études, where he taught until 1998. With Vernant, he founded the Centre de Recherches Comparées sur les Sociétés Anciennes in Paris in 1964. The two also co-authored The Cuisine of Sacrifice among the Greeks in 1979, and Cunning Intelligence in Greek Culture and Society in 1989, which became a contemporary classic. Detienne was awarded a Guggenheim Fellowship in 2001.