Since joining Peabody in 2014, he has adopted a new curriculum and education model for aspiring artists, forged ties across the university and in the community, and been a vocal advocate for equity and inclusion

Fred Bronstein, an accomplished pianist and dedicated music educator who has led the Peabody Institute since 2014, has been named to a second term as dean of the school. He will serve through June 30, 2024. 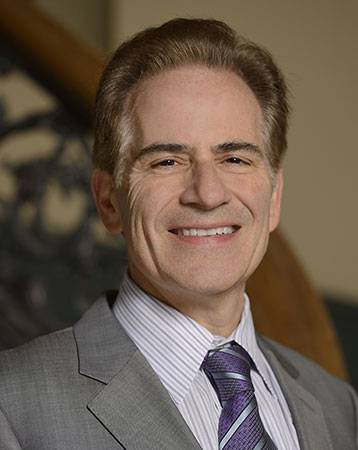 In a message today to faculty, staff, and students, Johns Hopkins University President Ronald J. Daniels and Provost Sunil Kumar commended Bronstein for his vision and guidance of the school.

"We are grateful for Fred's bold leadership, his responsiveness to a constantly evolving arts landscape, and his commitment to recruiting renowned artists from around the world, those who have helped set Peabody apart for more than 100 years and continue to set the stage for its future," they wrote.

Since his arrival at Peabody, Bronstein has instituted a comprehensive, five-year "Breakthrough Plan" to focus the administration on strategic goals and improving the school's financial stability. During his tenure, Peabody adopted a new curriculum that redefines the education model for aspiring artists, preparing them for 21st century careers. The school also launched two innovative academic programs in 2018—in dance and in music for new media—which helped increase the school's applications and enrollment.

Bronstein has led Peabody in establishing ties with other Hopkins schools and with Baltimore community programs to bring performance and arts education beyond the halls of the conservatory. He helped establish the Johns Hopkins Center for Music and Medicine, which brings together Peabody and Hopkins Medicine experts to advance musician and dancer wellness programs and integrate performing arts in therapeutic and palliative health care. A component of the center's work, the Johns Hopkins Rehabilitation Network Clinic for Performing Artists at Peabody, is the first of its kind on a music school campus.

In 2015, Bronstein established the Dean's Incentive Grants, which provide stipends of up to $15,000 for faculty and up to $5,000 for students to foster cross-disciplinary collaborations and to develop new innovations in their fields.

Bronstein has also been an advocate for equity and inclusion and has been outspoken in his belief that attracting new and diverse audiences is necessary to ensure the future success of the performing arts industry. Under his leadership, Peabody has seen significant increases in the number of underrepresented minority faculty, and enrollment of underrepresented minority students has increased 36 percent in the past three years.

Before joining Peabody, Bronstein served as president for several American symphony orchestras, including the St. Louis Symphony, the Omaha Symphony, and the Dallas Symphony Orchestra.

Musical America named Bronstein one of its 30 top innovators in 2016. 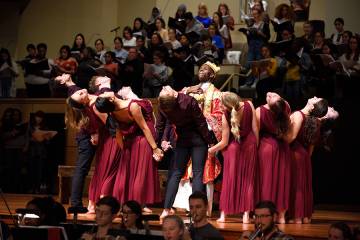 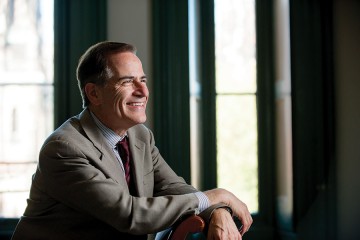 Published Jan-Feb 2015
How Dean Fred Bronstein is leading the oldest music conservatory in the U.S. into the 21st century / Gazette