Breaking up is hard to do: Asteroids are stronger, harder to destroy than previously thought 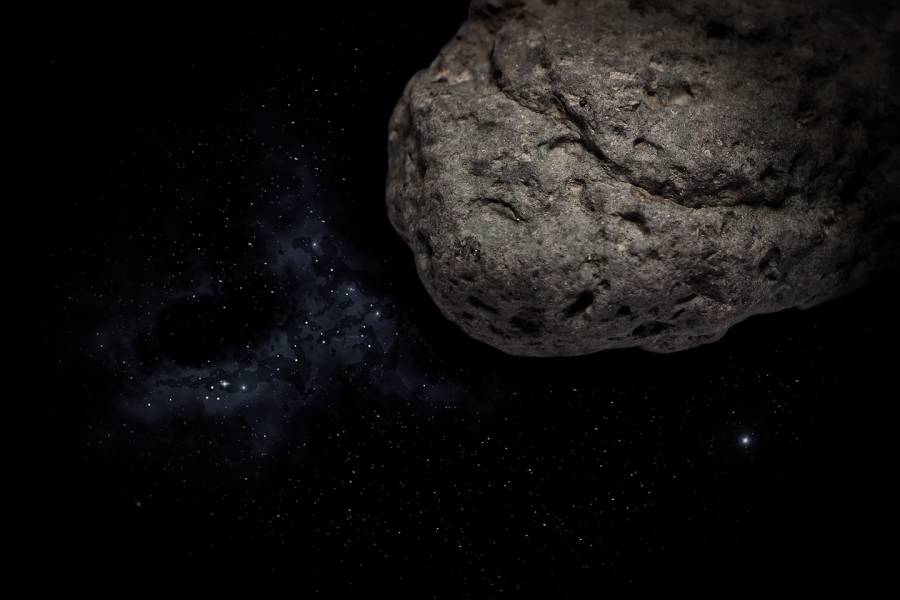 A popular theme in the movies is that of an incoming asteroid that could extinguish life on the planet, and our heroes are launched into space to blow it up. But incoming asteroids may be harder to break than scientists previously thought, finds a Johns Hopkins study that used a new understanding of rock fracture and a new computer modeling method to simulate asteroid collisions.

The findings, to be published in the March 15 print issue of Icarus, can aid in the creation of asteroid impact and deflection strategies, increase understanding of solar system formation, and help design asteroid mining efforts.

"We used to believe that the larger the object, the more easily it would break, because bigger objects are more likely to have flaws. Our findings, however, show that asteroids are stronger than we used to think and require more energy to be completely shattered," says Charles El Mir, a recent PhD graduate from the Whiting School of Engineering's Department of Mechanical Engineering and the paper's first author.

Researchers understand physical materials like rocks at a laboratory scale (about the size of your fist), but it has been difficult to translate this understanding to city-size objects like asteroids. In the early 2000s, a different research team created a computer model into which they input various factors such as mass, temperature, and material brittleness, and simulated an asteroid about a kilometer in diameter striking head-on into a 25-kilometer diameter target asteroid at an impact velocity of five kilometers per second. Their results suggested that the target asteroid would be completely destroyed by the impact.

Image caption: The first phase of a new asteroid collision model shows the processes that begin immediately after an asteroid is hit—processes that occur within fractions of a second.

In the new study, El Mir and his colleagues—K.T. Ramesh, director of the Hopkins Extreme Materials Institute and Derek Richardson, professor of astronomy at the University of Maryland—entered the same scenario into a new computer model called the Tonge-Ramesh model, which Ramesh helped developed. The model accounts for the more detailed, smaller-scale processes that occur during an asteroid collision. Previous models did not properly account for the limited speed of cracks in the asteroids.

"Our question was, how much energy does it take to actually destroy an asteroid and break it into pieces?" says El Mir.

Image caption: The second phase of a new asteroid collision model shows the effect gravity has on the pieces that fly off an asteroid’s surface after impact. This phase occurs over many hours.

The simulation was separated into two phases: a short-timescale fragmentation phase and a long-timescale gravitational reaccumulation phase. The first phase considered the processes that begin immediately after an asteroid is hit, processes that occur within fractions of a second. The second, long-timescale phase considers the effect of gravity on the pieces that fly off the asteroid's surface after the impact, with gravitational reaccumulation occurring over many hours after impact.

In the first phase, after the asteroid was hit, millions of cracks formed and rippled throughout the asteroid, parts of the asteroid flowed like sand, and a crater was created. This phase of the model examined the individual cracks and predicted overall patterns of how those cracks propagate. The new model showed that the entire asteroid is not broken by the impact, unlike what was previously thought. Instead, the impacted asteroid had a large damaged core that then exerted a strong gravitational pull on the fragments in the second phase of the simulation.

The research team found that the end result of the impact was not just a "rubble pile"—a collection of weak fragments loosely held together by gravity. Instead, the impacted asteroid retained significant strength because it had not cracked completely, indicating that more energy would be needed to destroy asteroids. Meanwhile, the damaged fragments were now redistributed over the large core, providing guidance to those who might want to mine asteroids during future space ventures.

"It may sound like science fiction but a great deal of research considers asteroid collisions. For example, if there's an asteroid coming at earth, are we better off breaking it into small pieces, or nudging it to go a different direction? And if the latter, how much force should we hit it with to move it away without causing it to break? These are actual questions under consideration," adds El Mir.

"We are impacted fairly often by small asteroids, such as in the Chelyabinsk event a few years ago," says Ramesh. "It is only a matter of time before these questions go from being academic to defining our response to a major threat. We need to have a good idea of what we should do when that time comes—and scientific efforts like this one are critical to help us make those decisions." 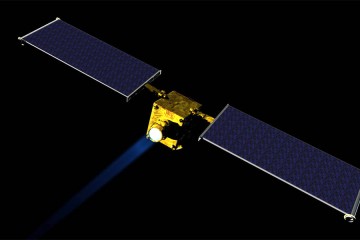 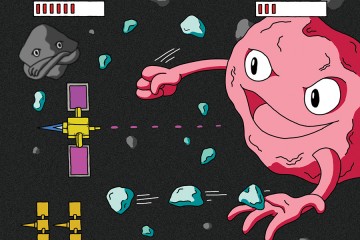 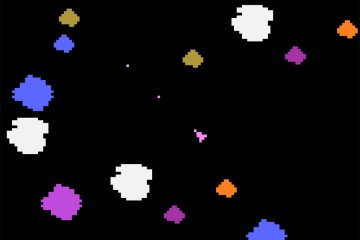