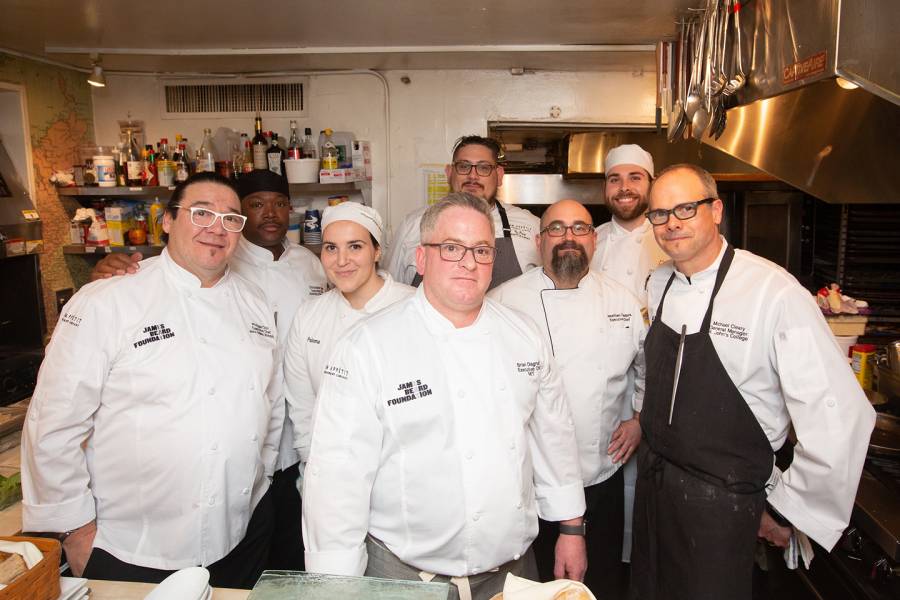 Image caption: The chefs prepare to cook their meal in the kitchen at James Beard House

While pioneering chef James Beard was spicing up the meals of Americans through his line of award-winning cookbooks and the cooking program I Love to Eat—television's first foray into culinary entertainment—he was experimenting and perfecting his recipes in the kitchen of his Greenwich Village townhouse in New York City.

Like the kitchen of his friend and fellow television chef Julia Child, Beard's kitchen is considered a sacred and historic place in the culinary world. But unlike Child's kitchen, which is on display at the Smithsonian, Beard's is still fully functional more than 30 years after his death.

Last month, a group of Bon Appétit chefs, led by Johns Hopkins University executive chef Philippe Chin, joined the ranks of elite chefs from around the world—including Wolfgang Puck, Daniel Boulud, Emeril Lagasse, Jacques Pépin, and Marcus Samuelsson—who have been invited to prepare a multicourse meal at the house, now home to the James Beard Foundation. 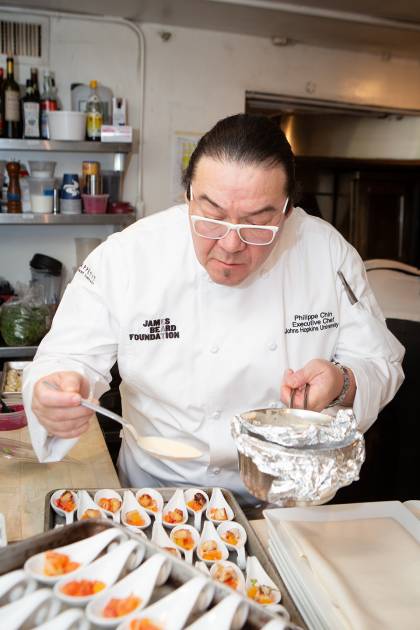 "There's a different feeling being at James Beard House when you know that it was the place where James did all his cooking demonstrations, wrote his cookbooks, where he lived," says Chin. "It's a special feeling for a chef to be in the home of the 'grandfather of American cookery.'"

Chin has had a long-standing relationship with the James Beard Foundation and has cooked at the house 12 times since 1991. In 1997, he was nominated for a James Beard Award—considered the "Oscars of the culinary world"—and was the youngest chef ever to join the prestigious Maîtres Cuisiniers de France society. After more than 30 years in the hospitality industry, the master chef joined Bon Appétit and Johns Hopkins in 2016.

Chin conceptualized the dinner and invited five other campus executive chefs from up and down the East Coast to join him, including Jonathan Cambra from Roger Williams University, who has cooked at James Beard House six times since 2003. Chin also invited Michael Cleary from St. John's College, Brian Dagnall from the Massachusetts Institute of Technology, Ty Paup from Brown University, and Christopher Smith from the University of Pennsylvania, all of whom made their cooking debuts at the house with the meal.

The chefs worked alongside Jim Dodge, the director of Bon Appétit's Specialty Culinary Programs, to form a cohesive menu that highlighted produce from 20 local farms the chefs partner with to source ingredients for their individual campus communities. 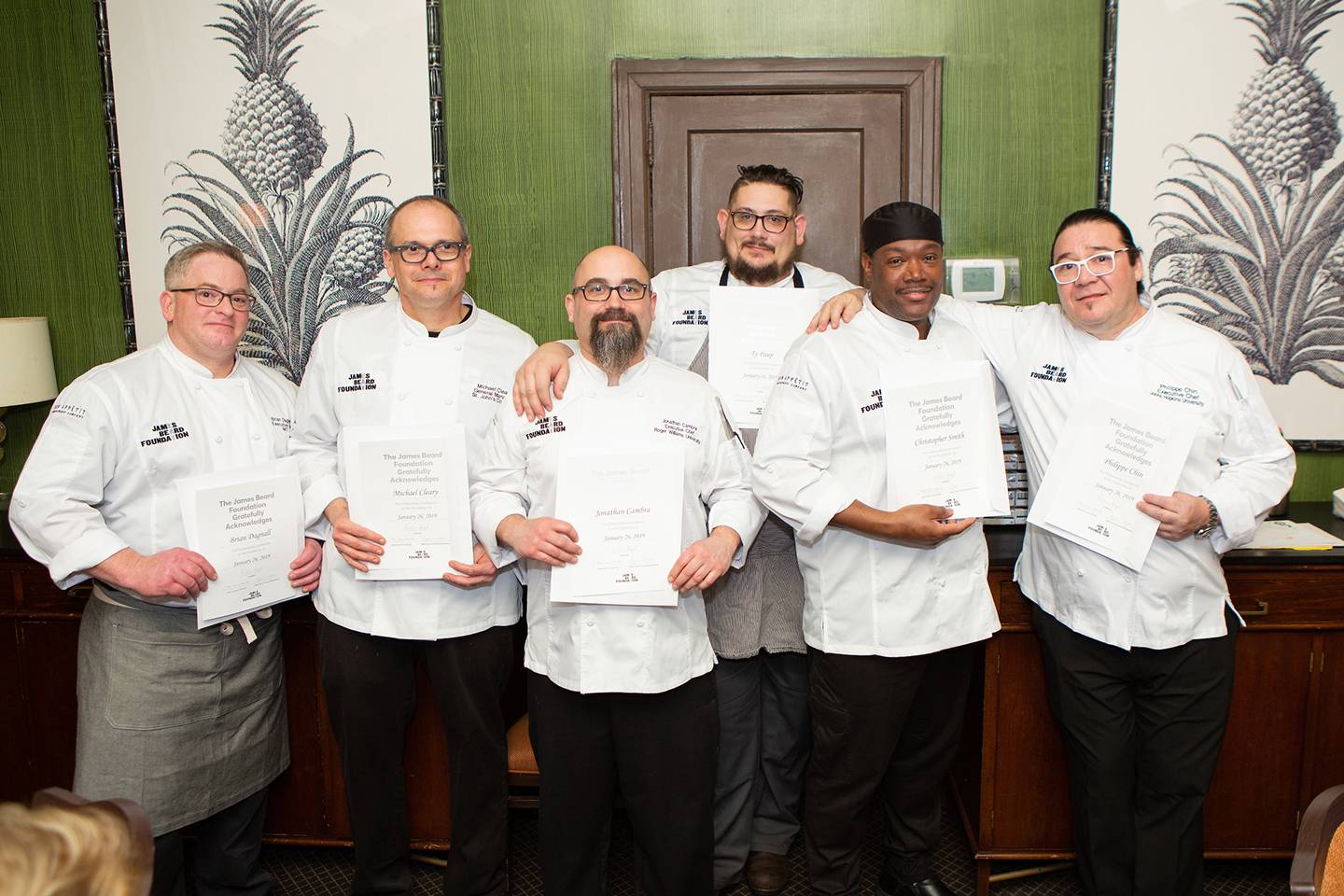 The culinary journey began as guests to the public dinner filtered into the courtyard through the house's famous kitchen. Cambra prepared three hors d'oeuvres: a lamb kielbasa served bite size on a biscuit, a Nantucket bay scallop with sea urchin butter, and a crispy sweet potato beignet.

During the reception, Izabela Wojcik, the director of House Programming, discussed the history of the James Beard House, described the foundation's long relationship with Chin, and shared a sincere appreciation for Bon Appétit's standards in the food service industry. 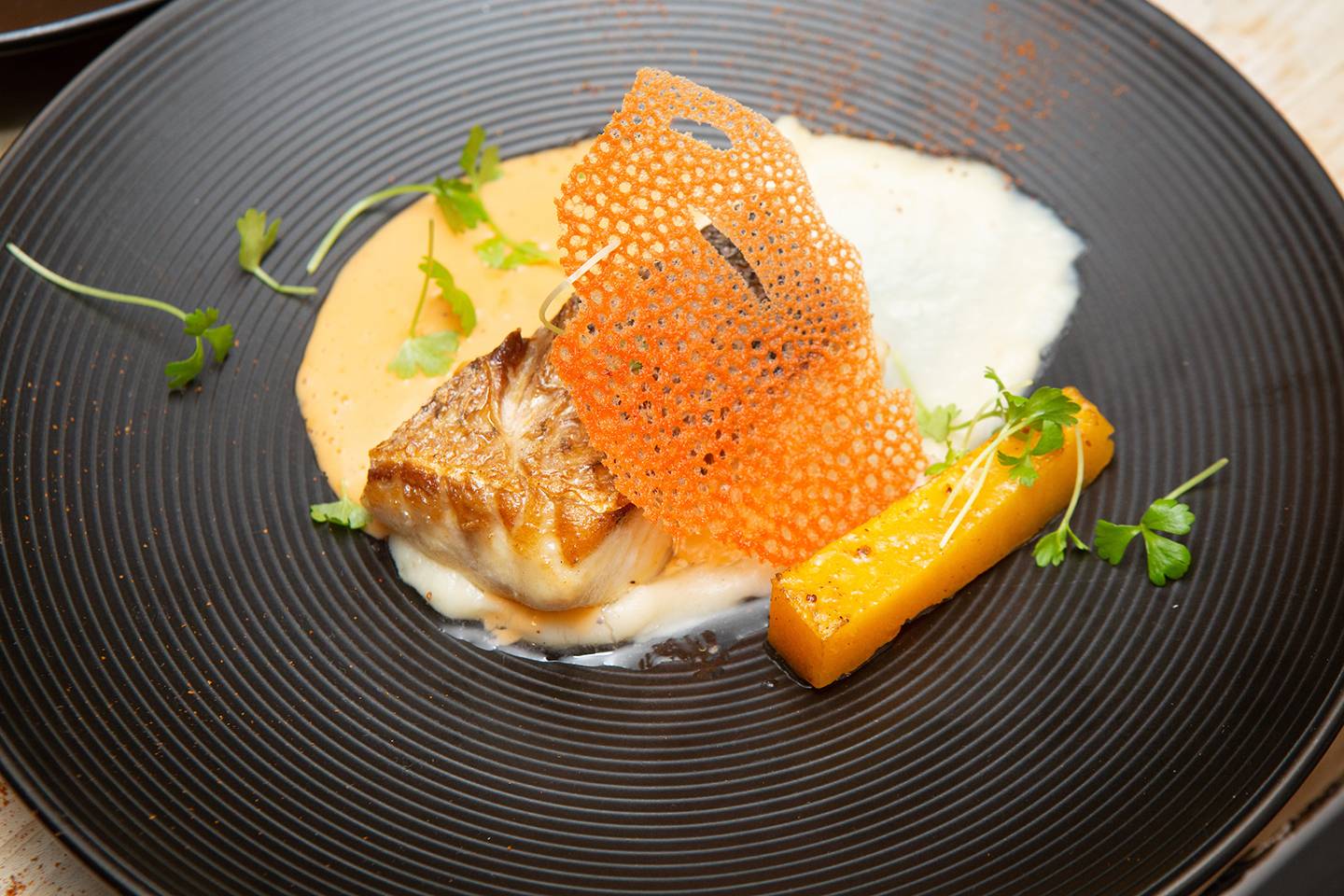 Cleary followed with a twist on the French technique of paillard with a pot-roasted celeriac featuring gigante beans and a leafy winter greens–almond pesto. Paup rounded out the savory dishes with a Lambrusco-braised lamb's neck paired with charred leek yogurt and harissa turnips. 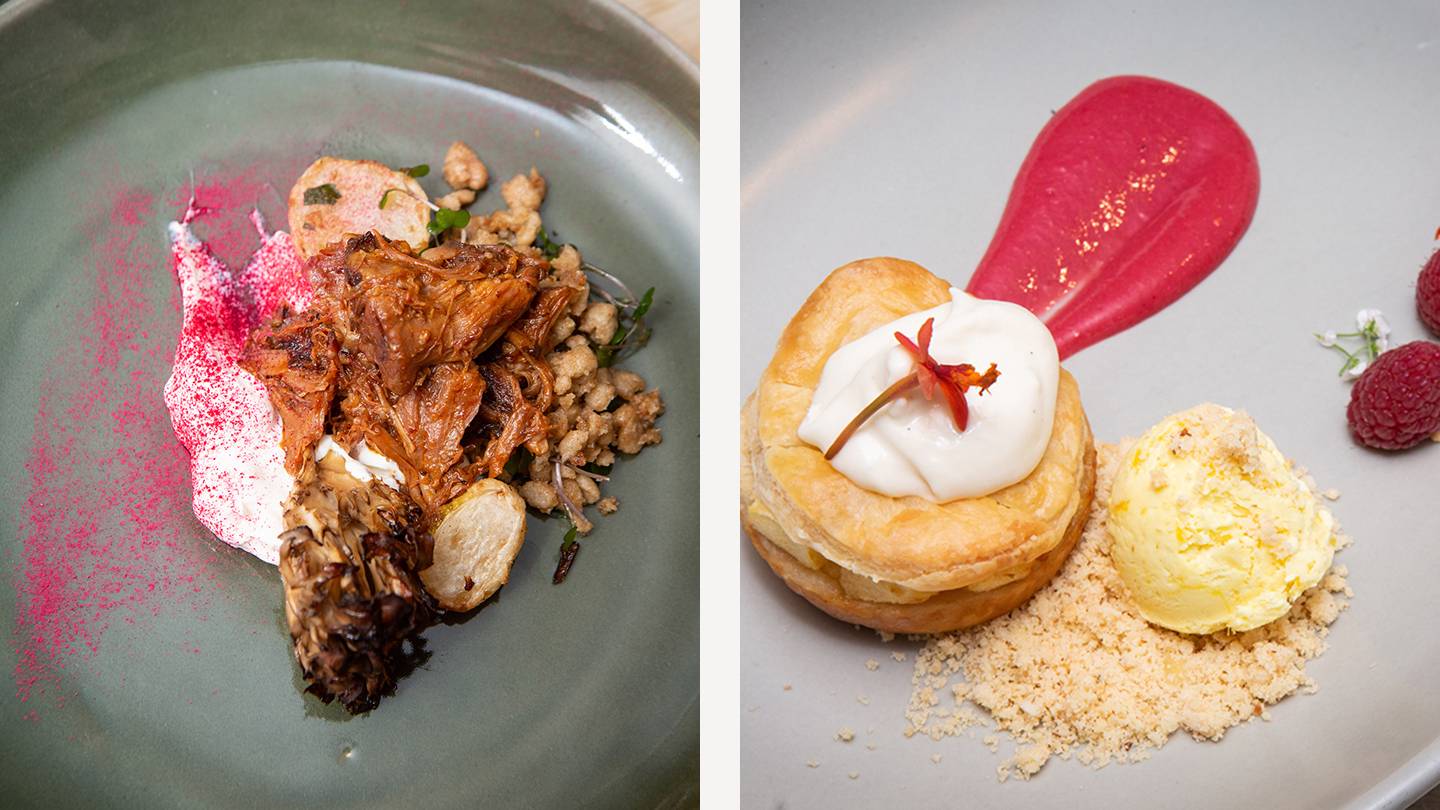 The finale came from Dagnall, who prepared an apple and almond pithivier with a stem ginger cassata and fresh raspberries.

After the dinner, Wojcik brought out the chefs for a question-and-answer session, and they were each able to discuss their dish and the passion behind their culinary decisions. Each chef described a zest for cooking with fresh ingredients.

For Chin, the meal was an opportunity to share a blend of regional cuisine and locally sourced ingredients with an audience of international foodies.

"I really wanted to feature the flavors of Maryland," Chin says. "I came to Maryland to work at Johns Hopkins, and it's a privilege to be the executive chef at such an internationally established university."