The ethics of gene editing: Lulu, Nana, and 'Gattaca'

In Intersession course, students debate the ethical issues surrounding the recent birth of genetically altered twins who were designed to be HIV-resistant

In November, Chinese scientist Jiankui He ushered in a new era of genetic medicine when he claimed that he had successfully brought twin girls, nicknamed Lulu and Nana, to term from a genetically altered embryo. When the newborns had been a single fertilized cell, their genetic code had been edited to make them, and consequently their future offspring, HIV-resistant.

In a YouTube video accompanying the announcement, He defended his research on altruistic grounds.

"A gene surgery that could save a child from a lethal genetic disease like cystic fibrosis or from a life-threatening infection like HIV doesn't just give that little boy or girl an equal chance at a healthy life; we heal a whole family," he said.

Though gene editing technology has been used in research to discover new ways of treating disorders and infections for some time, so-called germline mutations—edits that affect traits that can be passed down from parent to child—have been considered out of bounds for clinical applications by a consensus of medical and ethics experts.

The CRISPR shocker: How genome-editing scientist He Jiankui rose from obscurity to stun the world

While watching He's video Wednesday, a classroom of Johns Hopkins undergraduates were dubious about his claims that the breakthrough would benefit society.

"At the end of this can we take a vote about whether to 'like' or 'dislike' the video?" one student joked.

Under the direction of Rebecca Wilbanks, a postdoctoral fellow in the Berman Institute of Bioethics and the Department of the History of Medicine, the students have been immersing themselves during in the language and principles of bioethics and applying what they learn to their understanding of technology, with an emphasis on robotics and reproductive technology in particular.

To help them access such heady material, Wilbanks put a spin on the course format. For the Intersession class—titled Science Fiction and the Ethics of Technology: Sex, Robots, and Doing the Right Thing—students explore course materials through the lens of science fiction.

"[S]cience fiction is good at exploring how ethics is connected to a certain way of life that happens to include technology."
Rebecca Wilbanks

"We sometimes think future technology might challenge our ethical sensibilities, but science fiction is good at exploring how ethics is connected to a certain way of life that happens to include technology," says Wilbanks, who is writing a book on how science fiction influenced the development of emerging forms of synthetic biology. "As our way of life changes together with technology, so might our ethical norms."

For the lecture on reproductive technology and genetic editing, students were asked to read "In defense of posthuman dignity" by Nick Bostrom, "The case against perfection" by Michael Sandel, and T.C. Boyle's short story Are We Not Men?

The students drew from their readings to help provide supporting evidence for a debate over whether germline genetic editing should be used to give offspring certain human enhancements, such as disease resistance.

Although the team arguing in favor of genetic enhancement built their case admirably, the class was essentially united against such practices.

Sophomore Dominique Dickey, a Writing Seminars and math double major, added that the practice could usher in a class system built around genetics.

"My biggest question would be how would access to this technology be applied equally?" she said. "If you could afford to enhance your child genetically, then it would mean that affluent people have more opportunities and the privilege would perpetuate itself, especially if those traits were heritable. Rich people could inherit genetic advantages—and money."

The intersection of science fiction and ethics is a matter of interest to Wilbanks and her students alike. During the debate, several students referenced the 1997 Ethan Hawke movie Gattaca to illustrate their arguments about genetic classism and discrimination. As a group, they watched an episode of the hit Netflix show Black Mirror to analyze it for ethical questions. And they'll leave having read a slew of works by authors like Isaac Asimov and James Tiptree Jr. 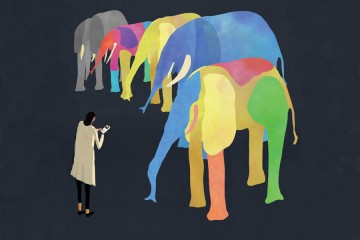 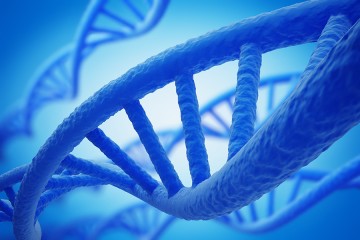