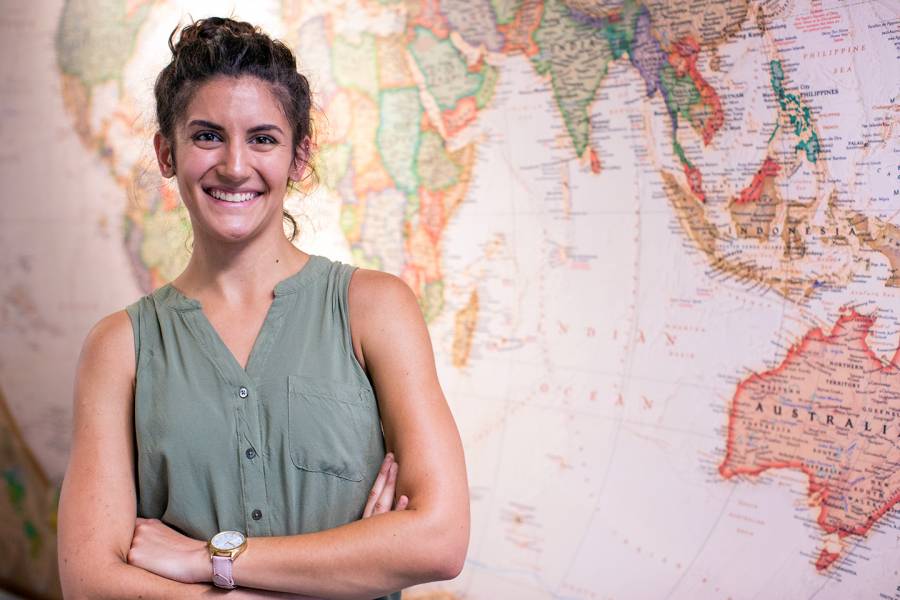 Jordan Hoffman came to the Bloomberg School in Baltimore for bench science. Within a year, however, she was standing in a dusty scrub of grass alongside a goat pen outside of Macha, Zambia, affixing a lantern-like plastic mosquito trap to one of the corners.

This global field research experience is not an uncommon one for students—many are made possible through Global Health Established Field Placements, offered by the Johns Hopkins Center for Global Health.

Hoffman, a graduate student in the Department of Molecular Microbiology and Immunology, had applied for a GHEFP for the project working with epidemiologist Bill Moss and his research team on the ground in Zambia, hoping to try a mix of benchwork and fieldwork. 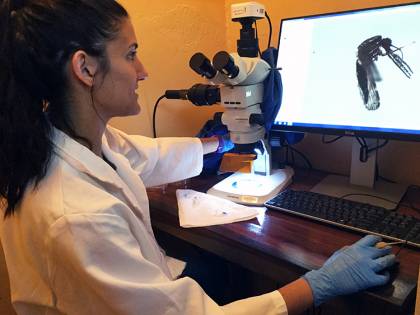 When she arrived in Macha in early May 2018, Hoffman began her studies of a species of mosquito—Anopheles squamosus—that has only within the last decade been identified as an important malaria transmitter. Researchers suspect that this species may exhibit unusual behavior that allows it to circumvent malaria control efforts.

"Unusual behavior," Hoffman says, means that while many malaria-carrying mosquitoes prefer an indoor setting, An. squamosus may feed outdoors. Widespread control methods like insecticide-treated bed nets therefore might not prevent human exposure to An. squamosus. Another method, like personal protection in the form of bug spray, could be required.

Hoffman collected mosquitoes from indoor and outdoor traps—managing not to be bitten once—and then identified the samples by looking at wing coloring and body characteristics. She also helped with lab analysis, cleaning up old data sets and running polymerase chain reactions to confirm species. Confirming the presence of An. squamosus in traps placed in areas where researchers think the mosquitoes might be feeding and resting can help shed light on behavior patterns, although Hoffman says that she didn't get to do everything she hoped: "My project was meant to include collections of resting mosquitoes, but we weren't able to accomplish that in the time I was there."

Malaria prevalence in this region is currently less than five percent. Officials in Zambia and neighboring countries are hoping for zero prevalence within the next few years, but a mosquito that evades current control efforts threatens progress toward this goal. 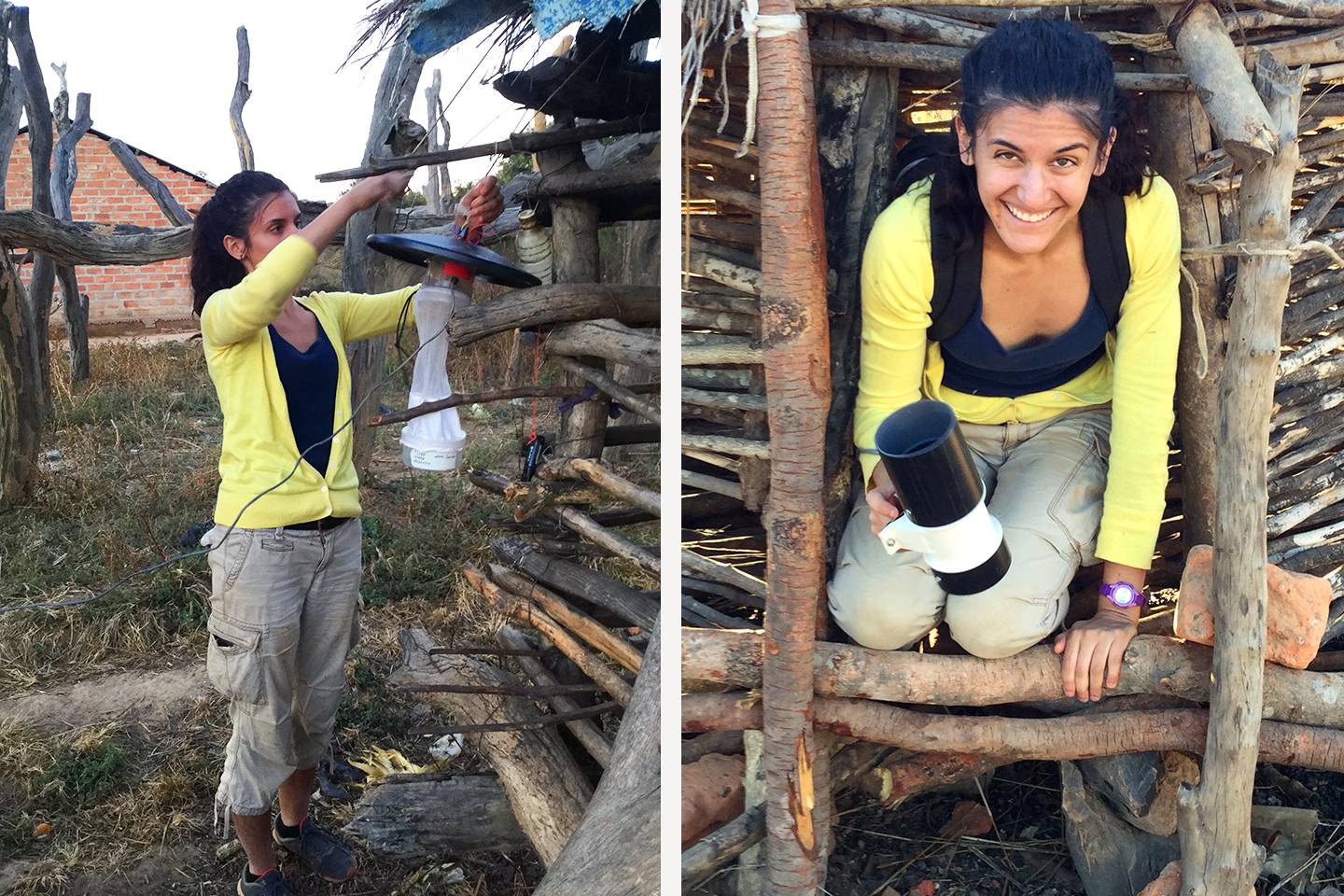 Hoffman's experience wasn't all field research and lab work. She also got to explore Macha and get to know her fellow researchers. She learned to cook some local dishes, watched the World Cup with colleagues, and attended church one Sunday with her Zambian supervisor's family.

Additionally, Hoffman spent some time learning Tonga, one of the 73 languages spoken in the country. English is the primary language of the lab, she says, but Tonga—regional to the Southern and Western provinces where she conducted fieldwork—came in handy during trips to households outside of Macha. Most of her lessons came from coworkers.

"There aren't any Tonga language books, so I couldn't study beforehand," Hoffman recalls. "But I did OK!"

Hoffman is continuing her work in the lab of Doug Norris, hoping to turn her field and lab research into a thesis about An. squamosus behavior and how it might affect malaria infection rates in Macha. She came to Johns Hopkins hoping to work internationally but didn't know how to translate bench science to global fieldwork. That answer was the Global Health Established Field Placement program.

"You can do research anywhere," Hoffman says, "With the GHEFP program, you can get funding and work with people who are very experienced and can give you guidance."

"There are so many opportunities with GHEFP all over the world in all different focus areas," she continues. "Even if [fieldwork] is not part of your research, you will learn so much." 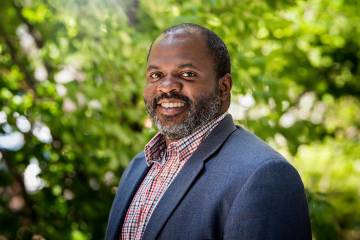