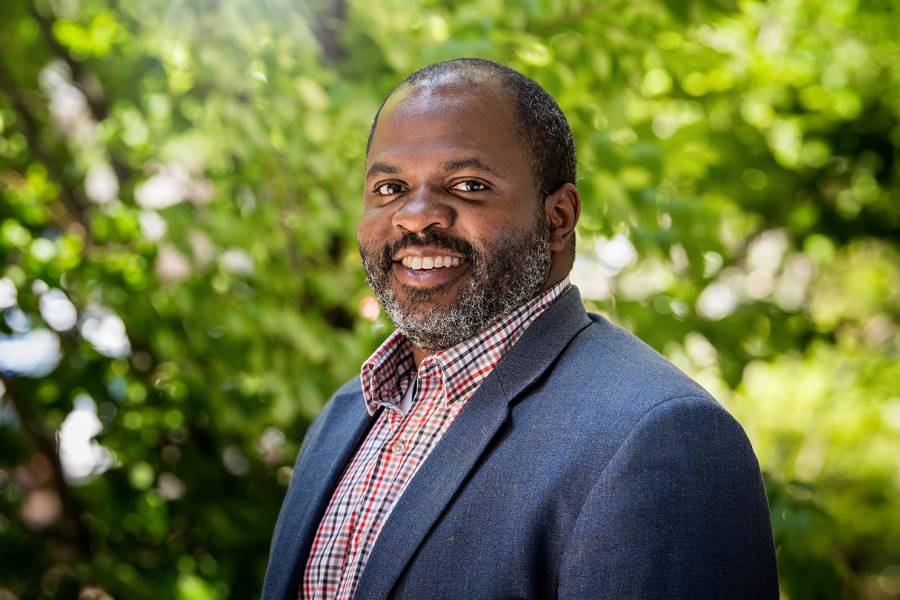 Now a PhD student at the Johns Hopkins Bloomberg School of Public Health and a Brown Scholar, Harris left an engineering career with the federal government in 2008 to attend Duke Divinity School, where he could focus more on helping children and families and reflect on his Christian upbringing.

The school's divinity program required that students spend their summers conducting service work with faith-based organizations or nonprofits, so for two summers, Harris traveled to Africa to work with various faith-based non-government organizations. When he graduated in 2011, he moved to South Sudan to lay groundwork for a new health project and work with a local Episcopal church to make inroads with communities to assess disease burdens. 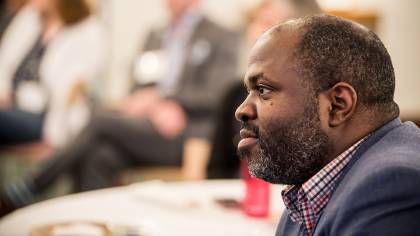 He soon realized that despite the efforts of several area health organizations, significant behavioral components contributed to these disease burdens. For example, Harris noticed families sleeping without NGO-provided mosquito nets, sometimes using them for fishing nets instead. He saw iron-roofed pit latrines dug by well-intentioned NGOs go unused or used for unintended purposes, such as grain storage, while people continued to defecate in bushes near their homes.

Harris tried to understand why community members weren't following the NGOs' protocols, but "they weren't really interested in talking about that," he says.

What they were interested in: Harris's extensive knowledge of the Bible.

"They wanted to know Bible stories," he says. "They showed up in huge numbers—I would come to a place and the whole village would be there asking questions about the Bible."

That's when Harris decided to create lessons to tie in health behaviors with the vivid Bible stories community members loved to hear. 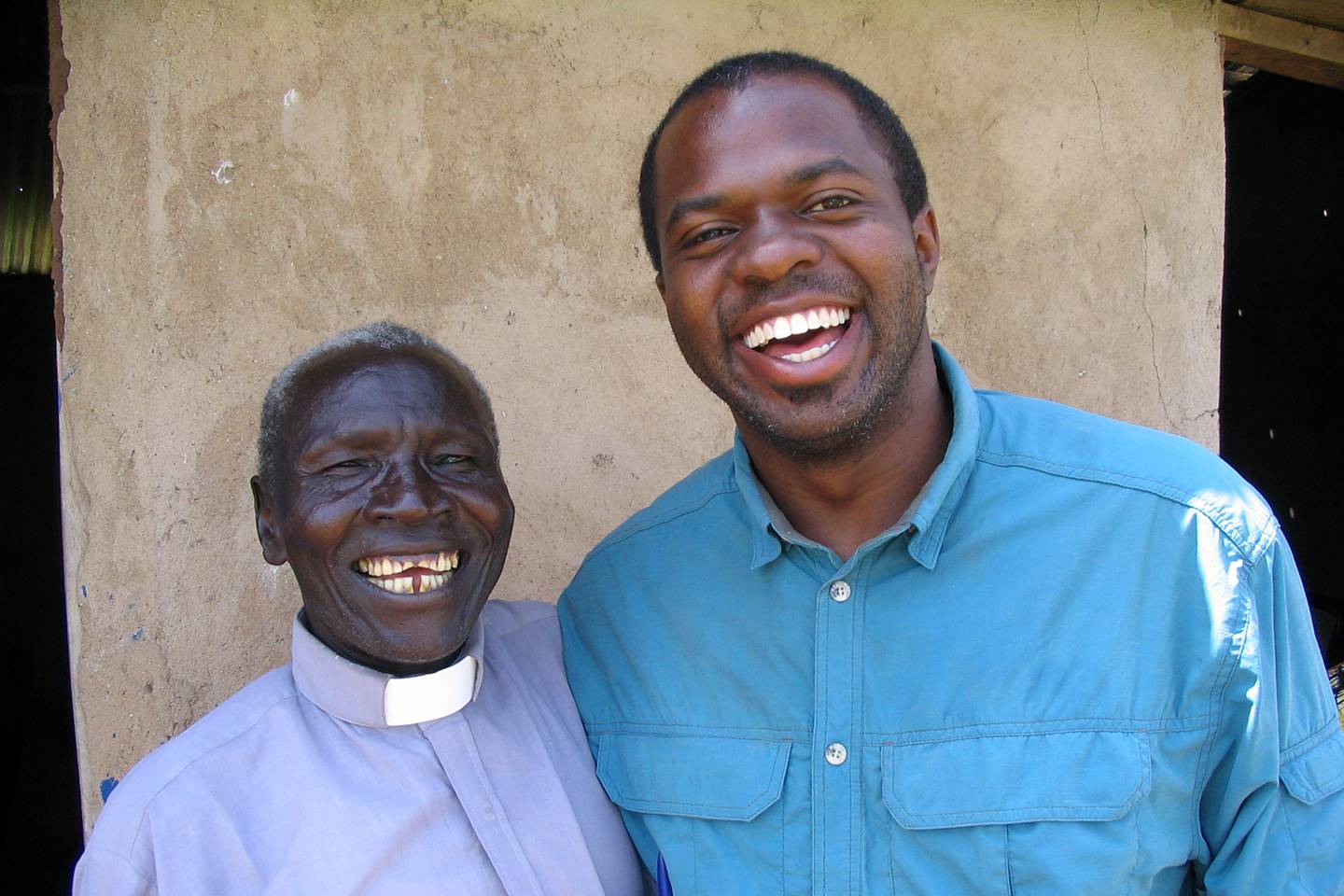 Image caption: While working with an Episcopal church in South Sudan, Harris came up with a plan to create lessons that connect health behaviors with the vivid Bible stories community members loved to hear

Studying best practices from NGOs, Harris developed 10 lessons on maternal health, malaria, pneumonia, and other high-burden diseases. He then went community to community, delivering his lessons to spark conversations around health practices using a biblical framework. By engaging community members with Bible stories, Harris found that he could explain health concepts, such as how pit latrines prevent the spread of disease. To his delight, people began seeking out some of the lifesaving tools and practices that would lower their chances of illness.

Through the work, he discovered a new direction for his service: "I really wanted to do work around health and health messaging," he says.

After taking a position as a project manager with the Center for a Livable Future's Baltimore Food and Faith Project, Harris pitched his ideas of fusing health messaging with a religious framework to various community organizations. In 2016, he applied to the PhD program at the Bloomberg School with a dissertation topic already in mind: a proof-of-concept around using biblical stories to communicate health messages to Christian audiences. He was accepted and awarded a Brown Scholarship. 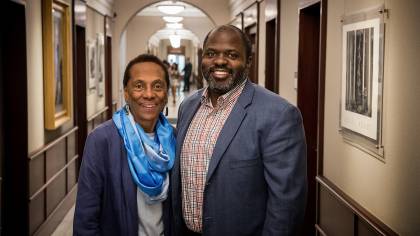 The C. Sylvia and Eddie C. Brown Community Health Scholarship, founded in 2007, provides five years of full PhD funding including tuition, health insurance, an NIH-level stipend, and a one-time research award. Each year, up to three students nominated by department chairs are selected as Brown Scholars based on criteria such as their commitment to and potential for leadership in community health and their ability to approach community health in a scholarly way.

"When I first applied, I said 'How fast can I get through this program?'" Harris says. But with fewer worries about saving money, Harris now takes courses beyond his core requirements, such as sociology and writing classes. He has also been able to take on research positions based not on how much they paid, but on what he could learn and the impact he could make.

Harris hopes his training will help him shore up the radical idea that landed him a Brown Scholarship—one that aligns with the scholarship's requirements that awardees focus on unique ideas to address health disparities in critical Baltimore communities.

This circuitous path from engineering to ministry in South Sudan to working with Baltimore's faith communities has shown Harris the benefits of being open to new opportunities. "If you put yourself out there," he says, "crazy things can happen."

A version of this article originally appeared on the Bloomberg School of Public Health's news website.