T.E. "Ed" Schlesinger, a distinguished engineering researcher who has served as dean of Johns Hopkins University's Whiting School of Engineering since 2014, has been appointed to a second term as dean, through June 30, 2024. 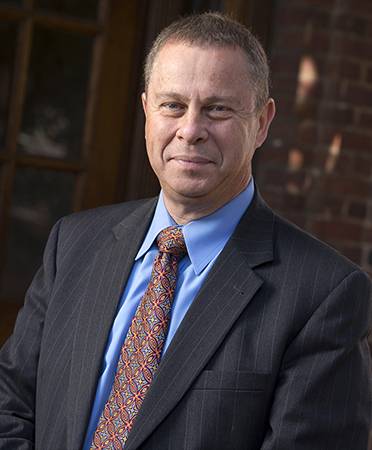 In a message today to faculty, staff, and students, JHU President Ronald J. Daniels and Provost Sunil Kumar praised Schlesinger as an exceptional leader and colleague who has the overwhelming support of both the Whiting School community and the board of trustees, making him the right person to guide the school into the next decade.

"Over the past five years, the Whiting School has made tremendous progress in achieving critical institutional goals, and Ed's strong leadership and vision have been key components of that success," Daniels and Kumar wrote. "We are particularly thankful for Ed's steadfast drive to elevate the aspirations of the Whiting School and for his efforts to increase cross-divisional partnerships throughout the university."

Those partnerships include working with the Johns Hopkins Bloomberg School of Public Health to create the Department of Environmental Health and Engineering, which leads pioneering and innovative research while preparing the next generation of scholars to solve complex public health issues.

Schlesinger also worked closely with the School of Medicine, the Applied Physics Laboratory, and other university divisions to launch several significant cross-disciplinary collaborations, including the Malone Center for Engineering in Healthcare, the Mathematical Institute for Data Science, and the Alliance for Cardiovascular Diagnostic and Treatment Innovation.

Schlesinger's ability to foster collaborations is also evident beyond JHU, as he has helped facilitate connections between the Whiting School and surrounding communities to build a pipeline of future engineers. That includes a 10-year partnership between the university and Barclay Elementary/Middle School that focuses on engineering education and computer skills for students in preschool through eighth grade and is designed to boost student interest in—and readiness for—STEM careers.

Daniels and Kumar noted that student achievement has also been hallmark of Schlesinger's tenure.

"During Ed's first term, there has been significant growth in faculty and graduate student enrollment, as demand for the school's academic programs continues to rise under his tenure," they wrote.

Over the past five years, Schlesinger has led the development of several initiatives at the Whiting School to enhance the student experience and increase real-world research and professional opportunities for residential students and working engineers, including the creation of a new makerspace for student projects at FastForward U and the launch of the Doctor of Engineering program.

Consistent achievement in academic programming and in research funding has helped propel the Whiting School into the top 20 in U.S. News & World Report's rankings for both undergraduate and graduate engineering schools, with the graduate school ranking improving in each of the past four years.

Schlesinger joined the Hopkins faculty as the Benjamin T. Rome Dean of the Whiting School in January 2014, having previously served as the David Edward Schramm Memorial Professor at Carnegie Mellon University, where he had led the Department of Electrical and Computer Engineering since 2005.

Schlesinger's research has focused on solid state electronic and optical devices, nanotechnology, and information storage systems. He is a leader in research related to the development of heat-assisted magnetic recording, viewed by many as the next-generation technology for magnetic hard disk drives.

He has published more than 250 articles and conference proceedings and holds 12 patents. His honors and achievements include early career recognition as a Presidential Young Investigator, an IBM Faculty Development award, Carnegie Institute of Technology awards for research and teaching, and two R&D 100 awards related to technology development.

Schlesinger is a fellow of IEEE, the Institute of Electrical and Electronics Engineers; and SPIE, the international society for optics and photonics.