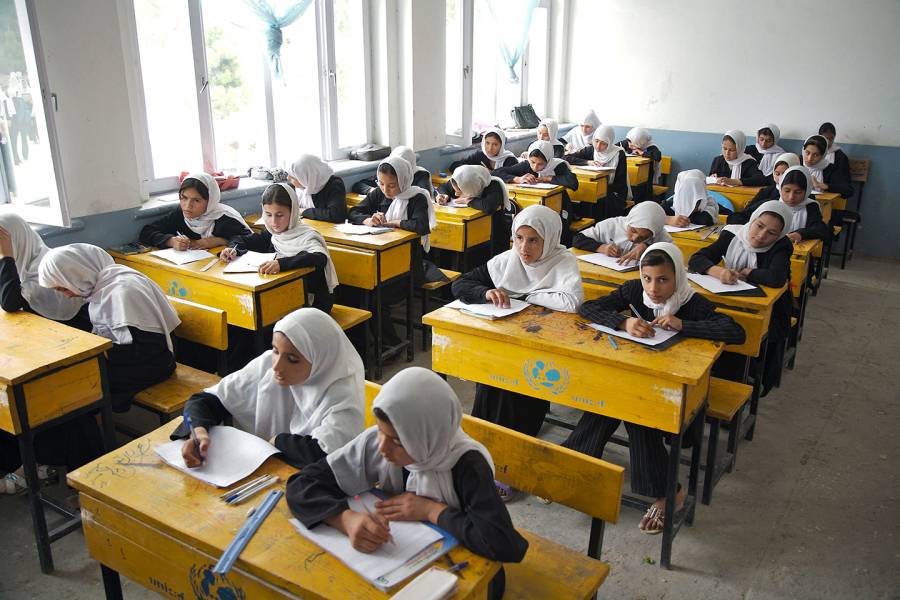 In Afghanistan's most underdeveloped regions, attitudes toward education and child marriage appear to have changed significantly since the overthrow of the Taliban government in 2002, according to a study led by researchers at Johns Hopkins Bloomberg School of Public Health.

The study, published online last month in the Journal of Adolescent Health, included interviews with nearly 1,400 Afghans aged 12-15 and their parents, in relatively poor rural districts of the country. The responses indicated that in just one generation, getting married and leaving school in childhood have become much less favored options. Virtually all of the adolescent respondents were unmarried, and about 75 percent were still in school—in contrast to their parents, who commonly married in their mid-teens and usually had no formal education.

"This study was conducted in some of the most educationally and socially disadvantaged provinces in Afghanistan, and yet we found that there have been remarkably positive shifts in attitudes among boys and girls and their parents," says study senior author Robert Blum, professor in the Department of Population, Family and Reproductive Health and director of the Johns Hopkins Urban Health Institute. 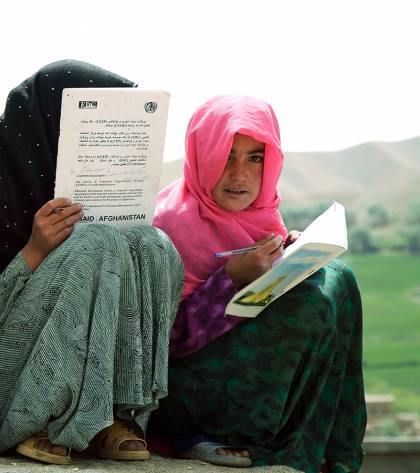 Image caption: At the time of the Taliban’s defeat in 2002, the estimated mean educational attainment was just 6.5 years of school. Here, two girls study for their exams in Afghanistan's Bamyan province in 2007.

At the time of the Taliban's defeat in 2002, early marriage and minimal formal education were the norms in rural Afghanistan. The United Nations Development Program estimated a mean educational attainment of just 6.5 years of school. Girls in particular were discouraged from pursuing much formal education, and frequently ended their brief education by getting married.

The fall of the Taliban allowed modern, liberalizing influences into Afghanistan, from television and the internet to global nongovernmental organizations. Blum and colleagues undertook the study to get a better picture of how cultural attitudes have been reshaped in the least developed parts of the country, particularly with regard to education and child marriage.

For the study, surveys were conducted by a team of experienced Afghan social researchers in Kandahar and five other rural provinces—some of which still simmer with Taliban insurgent activity; insurgents in Badghis province twice tried unsuccessfully to capture the research team.

The final sample used for analysis included 910 Afghans aged 12-15 and 454 parents. The findings generally suggested that a liberalizing shift has been underway. Most boys and girls indicated that they consider education valuable, not just for themselves but also for the opposite sex. The parents, though they mostly had no formal education themselves (66 percent of the men, 93 percent of the women), were also virtually unanimous in indicating that they expect their children—both boys and girls—to at least complete high school.

As for child marriage, about 38 percent of parents indicated that daughters should postpone marriage until after high school, while about 32 percent replied that they would be supportive of earlier marriage. Fathers were more likely to advocate postponement (51 percent) than mothers (28 percent). These current parental attitudes appeared to indicate a shift from the time when the parents were teens themselves—their average age at marriage was just 16 for the women and 20 for the men.

Among the young people interviewed, only six in the entire sample—all girls—were already married, and there seemed to be widespread awareness of the drawbacks of early marriage, including the limiting of future educational opportunities and increases in the risk of domestic violence for girls.

"Behaviors tend to change more slowly than attitudes, but attitudes are the precursors of behavioral change and I think there is a lot here to inspire optimism," Blum says.

Somewhat less positive results were found in the conclusions of a second study examining attitudes toward interpersonal violence, which to some extent has long been embedded in Afghan culture. Based on the same interviews by the same research team, the study was published online in the American Journal of Public Health in October.

Although large majorities of the interviewed adolescents and their parents indicated that violent behaviors were unacceptable when they were simply listed by the researchers, most did find them justifiable when specific circumstances were mentioned. About 71 percent of the adolescents considered it acceptable for a husband to hit his wife—if she went out without her husband, for example, or refused to have sex with him—though far fewer (48 percent) endorsed a wife's hitting her husband.

Here again, parents' responses closely matched their children's: About 68 percent found acceptable, for at least one scenario, a husband beating his wife, and most also accepted parents hitting sons or daughters (71 percent) and teachers beating students (58 percent). Curiously, wives were more likely than their husbands to find justification for wife-beating (75 percent vs. 59 percent), while husbands were more likely than wives to justify husband-beating (44 percent vs. 35 percent).

To the researchers, the findings suggest a continuing need for programs starting in childhood to make Afghans less tolerant of interpersonal violence and less likely to resort to it. 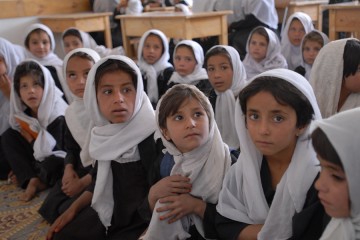 A rare success story for Afghanistan