A day after the release of a report showing a decline in U.S. life expectancy driven by drug overdoses and suicides, businessman and philanthropist Michael R. Bloomberg announced today that he will put $50 million into helping up to 10 states fight the opioid epidemic over the next three years.

"We cannot sit by and allow this alarming trend to continue—not when so many Americans are being killed in what should be the prime of their lives."
Michael R. Bloomberg

"We are experiencing a national crisis: For the first time since World War I, life expectancy in the U.S. has declined over the past three years—and opioids are a big reason why," Bloomberg said. "We cannot sit by and allow this alarming trend to continue—not when so many Americans are being killed in what should be the prime of their lives."

The funds will support a first-of-its-kind partnership between states, the Centers for Disease Control, Johns Hopkins University, and other organizations to improve treatment and prevention programs, develop novel interventions, and share the most effective solutions.

Bloomberg announced the funding this morning during his keynote address at the inaugural Bloomberg American Health Summit in Washington, D.C.

New CDC data show there were more than 70,000 drug overdose deaths in the United States in 2017, including more than 47,000 from opioid overdoses. These are the highest numbers on record and a leading factor in the decline of U.S. life expectancy over the past three years. Today, more than two million people in the United States are addicted to opioids, which are responsible for more than 130 deaths in America per day.

Bloomberg Philanthropies will select up to 10 states affected by high rates of opioid use to receive three years of funding and support. States will have broad latitude in the three-year period to decide how to prioritize interventions, with support tailored to specific approaches.

The United States has the highest opioid prescription rate in the world and needs more robust and coordinated emergency and long-term medical interventions to help manage and address this crisis. Drug overdose deaths involving synthetic opioids such as fentanyl rose from 19,413 in 2016 to 28,466 in 2017, a 47 percent increase. According to a recent report, only eight percent of U.S. counties maintain overdose education and naloxone distribution programs, and only 10 percent of people in the United States who need treatment for substance use disorder are able to obtain medical treatment.

Barriers to access and affordability are compounded by a lack of data reporting and minimal evaluation of the efficacy of proposed solutions. As part of this opioids initiative, Bloomberg Philanthropies will help with the development of tools and guidelines for multiple types of interventions, such as treatment standards, that can be implemented in states across the country.

"Communities across the country are taking innovative steps to address the opioid epidemic," said Ellen MacKenzie, dean of the Bloomberg School. "Evaluating the efficacy of these approaches will help us determine which ones should be scaled up and implemented across the board. As the home of the Bloomberg American Health Initiative, we are eager to do our part to help translate research into life-saving action." 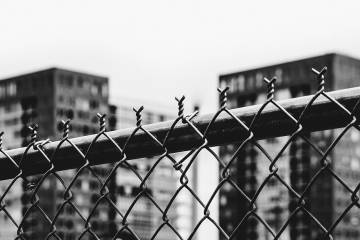 Published Nov 29, 2018
Researchers outline a public health plan to reengage disconnected youth, young adults age 16 to 24 who are both out of school and out of work 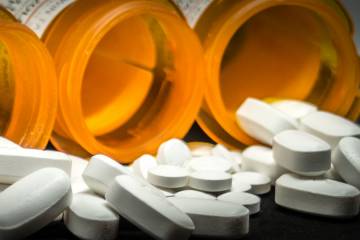