As a scholar of international political economics, Filipe Campante has spent a lot of time thinking about the formal and informal factors that hold leaders accountable to the people they represent. 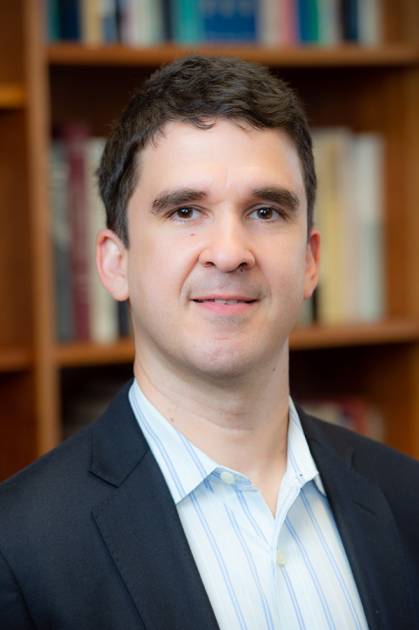 Developed democracies have formal systems of checks and balances to constrain officials—think of Congress or the courts in the U.S., Campante says. In developing countries, nonestablished democracies, or autocracies, leaders are kept in check by cultural norms, the media, or people protesting in the streets.

But lately, Campante says, when it comes to traditional thinking about how leaders get away with abuses of power, the lines are increasingly blurry.

"I think that these formal checks and balances aren't as strong as we thought, even in developed democracies," Campante says. "I think that's a big lesson from the last couple of years. Not just in the U.S., but very much so in the U.S."

Campante brings his longtime curiosity about the underpinnings of governance to Johns Hopkins University as a Bloomberg Distinguished Associate Professor of International Economics. Based at the School of Advanced International Studies with a joint appointment in the Department of Economics at the Krieger School of Arts and Sciences, he is the 37th Bloomberg Distinguished Professor to take his place among a collaborative and interdisciplinary group of scholars who are working to address global challenges and teach the next generation. The program is backed by a $350 million gift from Johns Hopkins alum, philanthropist, and three-term New York City Mayor Michael R. Bloomberg.

"We are thrilled to welcome Professor Campante to the Johns Hopkins community," says Sunil Kumar, the university's provost and senior vice president for academic affairs. "His innovative scholarship surrounding the complexities of political economy and governance within cities will foster a greater understanding of these important issues among our students and faculty. I also look forward to the exciting partnerships that will result from this joint appointment."

Added SAIS Dean Vali Nasr: "Dr. Campante's cross-disciplinary scholarship on political economy, development economics, and urban and regional issues has significantly shaped our understanding of urban economies, and in particular of the impact of spatial distributions of people and economic activity. I can think of no better addition to the Johns Hopkins SAIS faculty, given the school's role in cultivating leaders to understand and resolve complex global challenges."

Campante joined Johns Hopkins in July after 11 years at the Harvard Kennedy School. Beverly Wendland, dean of the Krieger School at JHU, says that the timing of Campante's arrival at Hopkins is fortuitous.

"Governments all over the world are being closely observed, questioned, and challenged by the people they serve," Wendland says. "Professor Campante's expertise in international political economics will help our students unravel the complexities around issues facing developed democracies as well as more fragile ones. His innovative experimental approaches and unique take on research questions will add a great deal of excitement to our intellectual community."

"Frankly, it's almost poetic, from my viewpoint, that I would end up in the D.C. area. I have this particular obsession with capital cities and the pull that capital cities play, or the political role that they play."
Filipe Campante

Moving to the nation's capital is an exciting next step for Campante, who says his new role at Hopkins offers the collaborative spirit he thrives on while allowing him to pursue the next phase of his academic career in the heart of a capital city.

"Frankly, it's almost poetic, from my viewpoint, that I would end up in the D.C. area," Campante says. "I have this particular obsession with capital cities and ... the political role that they play."

Campante was born and raised in Rio de Janeiro, which served as Brazil's capital until 1960, when the capital was moved to the more centralized city of Brasilia. His mother made sure young Filipe picked up on the significance of the new political dynamic.

"Growing up in Rio, I remember my mom saying, 'Oh, these politicians do what they do because they can get away with it, because they are ensconced all the way out there in Brasilia. If they were here, people would be after them on the streets, and they wouldn't be able to get away with that,'" Campante recalls. "I've always had that in the back of my mind. And then when I grew up and became a social scientist, I started pursuing these questions systemically."

Campante says he finds the topic of capital cities is "endlessly fascinating." It's a springboard for several avenues of his research, including his keen interest in the spatial distribution of people in relation to a country's capital and how that affects civic engagement with the government.

"This is a big underlying theme in a lot of my research, how where you are matters for how you see the world and how you behave in the world," Campante says.

Related to this is a concept he and collaborator David Yanagizawa-Drott of the University of Zurich call "air links"—a study of air travel that shows how increasing interconnectedness spurs economic activity at the local level by facilitating business connections, but also increases spatial inequality locally, and potentially globally. Going forward, the team will apply the same concepts to study how distance affects people's attitudes toward gender, the role of women in the labor force, and educational outcomes.

"What got us started in this line of research is trying to think about how getting in touch with people who live far away from you, how does that change the way you look at the world?" Campante says. "Maybe it makes you more cosmopolitan. It may actually lead to some backlash. There are many different ways in which we felt that getting direct, face-to-face exposure to people who come from afar affects the way you look at the world."

Campante is a research associate at the National Bureau of Economic Research. His work has appeared in leading academic journals such as the American Economic Review and The Quarterly Journal of Economics, among others. It has also received multiple mentions in outlets such as The New York Times, Science, NPR, The Washington Post, The Economist, the Los Angeles Times, Foreign Affairs, and Politico.

He says he's enthusiastic about the opportunity to continue to pursue his research with the support of his new colleagues at JHU's 21st Century Cities initiative.

"I think it's a phenomenal match because it's essentially bringing together thinking about cities and links between cities and what these mean for political and cultural views and behavior," Campante says. "There's nowhere better to be thinking about those issues than in a place like the D.C. area." 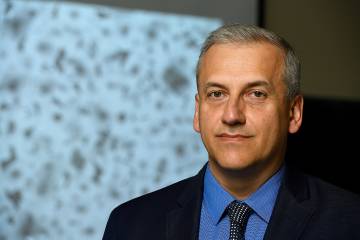 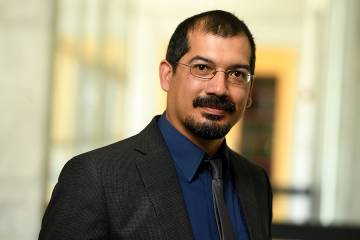 Published July 30, 2018
David Sing, who heads the largest Hubble research program on exoplanets, will hold appointments in two departments within the Krieger School