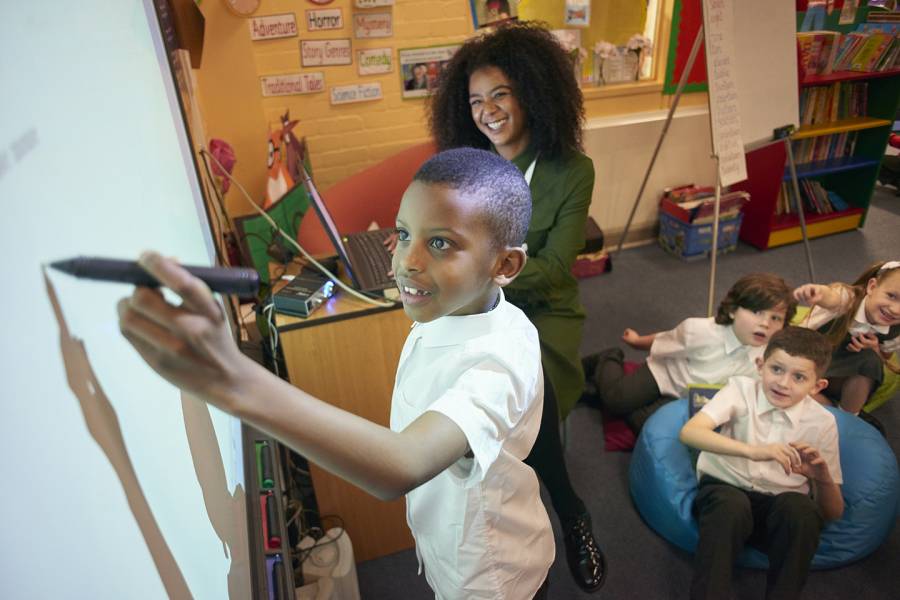 Having one black teacher in elementary school not only makes children more likely to graduate high school—it also makes them significantly more likely to enroll in college.

Black students who'd had just one black teacher by third grade were 13 percent more likely to enroll in college—and those who'd had two were 32 percent more likely. The findings, led by researchers from Johns Hopkins University and American University, were published in a working paper titled "The Long-Run Impacts of Same-Race Teachers" today by the National Bureau of Economic Research.

Relatedly, another working paper by the same team titled "Teacher Expectations Matter," also published today by NBER, found teachers' beliefs about a student's college potential can become self-fulfilling prophecies. Every 20 percent increase in a teacher's expectations raised the actual chance of finishing college for white students by about 6 percent and 10 percent for black students. However, because black students had the strongest endorsements from black teachers, and black teachers are scarce, they have less chance to reap the benefit of high expectations than their white peers.

"The role model effect seems to show that having one teacher of the same race is enough to give a student the ambition to achieve, for example, to take a college entrance exam."
Nicholas Papageorge
Assistant professor of economics

Both papers underscore mounting evidence that same race teachers benefit students and demonstrate that for black students in particular, positive outcomes sparked by the so-called role model effect can last into adulthood and potentially shrink the educational attainment gap.

"The role model effect seems to show that having one teacher of the same race is enough to give a student the ambition to achieve, for example, to take a college entrance exam," said co-author Nicholas Papageorge, an assistant professor of economics at Johns Hopkins. "But if going to college is the goal, having two teachers of the same race helps even more."

The paper appears to be the first to document the role model effect's long-term reach. The researchers previously found that having at least one black teacher in elementary school reduced their probability of dropping out by 29 percent for low-income black students—and 39 percent for very low-income black boys.

The latest findings are based on data from the Tennessee STAR class size reduction experiment that started in 1986 and randomly assigned disadvantaged kindergarten students to varied sized classrooms.

Black children who had two black teachers during the program were 32 percent more likely to go to college than their peers who didn't have black teachers at all.

Additionally, students who had at least one black teacher in grades K-3 were about 10 percent more likely to be described by their 4th grade teachers as "persistent" or kids who "made an effort" and "tried to finish difficult work," the researchers found. These students were also marginally more likely to ask questions and talk about school subjects out of class.

Although enrolling in college effect is a positive outcome, one concern, according to the researchers, is that the main enrollment effect is driven by students choosing community college, where degrees aren't as lucrative as those from four-year colleges. It's also unclear because of incomplete data how many of the students from the study who enrolled in college eventually graduated.

The researchers replicated the findings with similar data for North Carolina students.

"That we find similar patterns in two states—that black students, especially boys, exposed to even one black teacher in elementary school are significantly more likely to graduate high school and aspire to college—highlights the pervasiveness of both the underrepresentation of teachers of color and of the importance of role models," said co-author Seth Gershenson, an associate professor of public administration and policy at American University.

Despite clear benefits for black students from same-race teachers, diversifying the education workforce so that every black student in the United States could have one would mean doubling the current number of black teachers, the researchers say. To put this into context, that would require 8 percent of all black college graduates to become teachers. Given low teacher pay, if that many black college graduates went into education, it would cut roughly one billion dollars from the already languishing cumulative black income.

"For the foreseeable future, black kids are going to go to school and face white female teachers—that's the reality, so the question is what are we going to do about that?" Papageorge said. "While we make efforts to find and train new black teachers, we also need to educate white teachers about implicit bias, teach them to be culturally competent, and show them how not to exacerbate these existing achievement gaps."

Regarding teacher expectations, Papageorge and Gershenson previously found that when evaluating the same black student, white teachers expected significantly less academic success than black teachers. Now the researchers show compelling evidence that these biases affect whether students make it to college, graduate, and begin their adult life focused on a career.

"Both studies underscore the importance of gaps in information, expectations, and thus aspirations," Papageorge said. "Many black students from low-income families encounter few college graduates who look like them. They may conclude college isn't something to strive for. Black teachers can counteract that view, acting as role models that provide a clear example that black students can go to college." 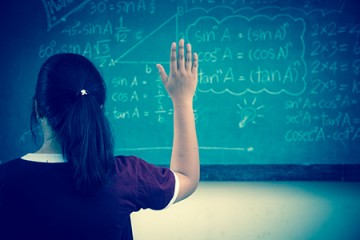 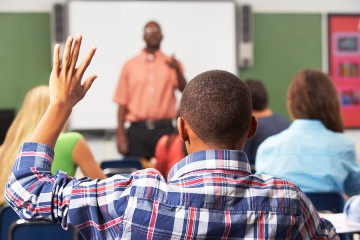