Conductor Jordan Randall Smith will be at the podium when the Hopkins Symphony Orchestra kicks off its 2018–19 season this weekend with a free performance by the Concert Orchestra.

For the opening of the orchestra's fall season, Smith—named the HSO's assistant conductor and HCO conductor in April—will lead the smaller ensemble through a program that includes the suite from Tchaikovsky's Swan Lake; a selection from Florence Price's Ethiopia's Shadow in America; and Franz Doppler's Fantaisie Pastorale Hongroise, featuring soloist Gabriela Nisly on flute. The concert takes place at the Bunting Meyerhoff Interfaith and Community Service Center on Sunday at 3 p.m. 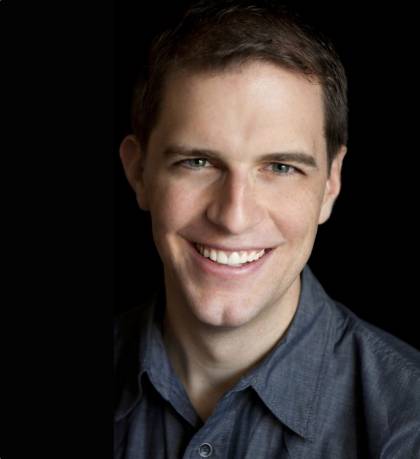 Smith, who has studied in the Peabody Institute's conducting department, comes to the HSO with a rich track record in the greater Baltimore area's music communities. Since his arrival in Baltimore in 2012, he's founded the contemporary musical ensemble Symphony Number One and also served as music director and conductor for churches, youth orchestras, and Peabody opera productions, giving him an ongoing education in working with a variety of ensembles and audience.

The Hub caught up with Smith to talk about the HSO, the joy of conducting volunteer musicians, and championing lesser-known composers.

What have your experiences since coming to Baltimore taught you, and what attracted you to the HSO?

I'm thrilled about the fact that the HSO and the HCO—the concert orchestra that I'll be leading—are a hybrid of two things that I love. I love community groups, folks from the community that may have no other Hopkins connection save for the Hopkins Symphony who love music, love performing, and they bring a passion in a way that people like me, who decide to do it for a living, sometimes the luster does wear off a little bit.

Volunteers don't do that. The orchestra is their Netflix time, and it's how they're choosing to use their free time instead. It inspires me.

The other half is the students, and they're not music majors, making them kind of like the community members, different only in age and their stage in life. I've always said that undergrads are a lot of fun to work with, and this group is no different. They have a lot of passion and a level of skill that allows us to do some very interesting music, and they also bring a freshness to it. There's an energy when it's your first time to do a significant work and explore it.

You've worked with church choirs; youth orchestras; Peabody ensembles; the contemporary ensemble you founded, Symphony Number One. What has working with different orchestral groups taught you about programming, in terms of audience and the musicians themselves?

I think the most important thing going on, and this applies to Symphony Number One and my church choir and everything in between, is that you have to put yourself last. Your job is to know a lot of repertoire—every summer I try to listen to and find stuff that I've never worked with before, learn about music I never knew before—so that I have that kind of on speed dial in my brain. And when it's time to program you have to put yourself aside and think, What's going to be in the best interest of this unit—based on their history, the repertoire they've done recently and in the past, their interests and ability? All those things can come into play.

And one of the things that's been most exciting for me is when you find a work that fits with the specific group of people you're working with, that will challenge them and be artistically relevant to the musicians playing and the audience. With a professional group, the first concern usually is the audience. With a community and student group of this kind, I think you equally want to be considering the volunteer performers as much as you're considering the audience.

That's why I'm particularly excited about this first Concert Orchestra performance. This summer I was posting on my blog a bunch about [the late African-American composer] Florence Price, who is my new favorite person. I don't have a place to put any of her music with Symphony Number One at the moment, and that's why I was very excited to work with Nicoleen Willson at HSO to get [Price's Ethiopia's Shadow in America] for the Concert Orchestra. We're doing the interior second movement of this suite, and it's very much a symphonic poem along the lines of the kind of imagery that you can imagine with a title like that. I don't know if there's been any complete performances of it, I know there's no recorded performances of it, and this will be its first performance in Maryland.

How did you first come to learn about Florence Price? I know through Symphony Number One you've been interested in spotlighting composers and works that are under-recognized and underrepresented in the contemporary repertoire and bringing them to both musicians and audience members.

I think she was one of those names that sort of drifted around a little bit in the periphery. You have composers that you can rattle off and then you have a whole other group of composers that if someone were to say, We're doing this piece, you'll think, That's really cool, I hadn't thought about them in a while. And Price—like the mental speed dial I mentioned before—she wasn't on my speed dial.

But this past year has really been the year of Florence. She died in 1953 but 65 years later, this seems to be her year. She's had write ups in The New York Times and The New Yorker. She had the world premiere of her Fourth Symphony. She had the world premiere of her first and second violin concertos, which have now been recorded as well. And I think this all started two years ago when a huge cache of her music manuscripts were discovered in a little cabin in rural Illinois.

She was born and raised in the Arkansas, studied at the New England Conservatory, went back to Arkansas, and eventually settled down in Chicago and was part of the Chicago Black Arts scene and became the first major African-American woman composer to get performed by a major U.S. orchestra when Frederick Stock did her First Symphony.

A lot of the works in the cabin had not been discovered prior, and they got donated to the University of Arkansas, and they have been going through and trying to get it out in published form. Her Fourth Symphony was given its world premiere in May by the Fort Smith Symphony in Arkansas.

What made you want to put Price in this first Concert Orchestra performance?

I was inspired by the great programming choices that [music director] Jed Gaylin has made over the years. I first took notice when, a few years back, he did the Schoenberg Five Pieces for Orchestra, which is such a great piece but not performed a lot. And this season he's doing Berio Rendering alongside the Mozart Requiem, both of which were incomplete works that were finished by someone else. With those ideas in mind and his endorsement to be adventurous, I wanted to include a major work that people may have heard or wanted to perform, and Tchaikovsky's suite Swan Lake is something students might only have had a few opportunities to perform in high school, if that.

Tchaikovsky is one of the all-time great melodists, and this suite from Swan Lake is full of wonderful scenes that people will recognize, but there are some other great moments from the ballet that aren't as well-known. It'll be a lot of fun to have a few numbers that people know and introduce them to some new tunes as well.

We're going to open the concert with Price, and I'm excited to introduce her and some other composers later this season. The third piece is [Franz] Doppler's Fantaisie Pastorale Hongroise with a flute solo performed by the HSO Concerto Competition runner-up, Gabriela Nisly. We just rehearsed that recently, and she's just a phenomenal person and wonderful flutist. She's a neuroscience major at Hopkins and then she's doing a minor in music over at Peabody.

And I wasn't familiar with this work at all. I don't think I had even heard of it or really knew of Franz Doppler until this summer. And that's fun for me because my job is to know all the cool music and choose interesting works. I inherited this piece from the Concerto Competition, which was a blast—somebody sent me something that I needed to look up and learn about. Flutists know this piece, but they don't often get to do it with orchestra. 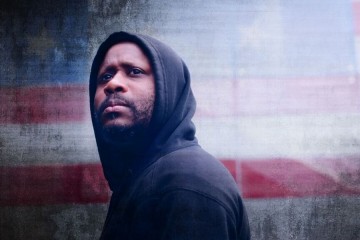 'Infused with this music' 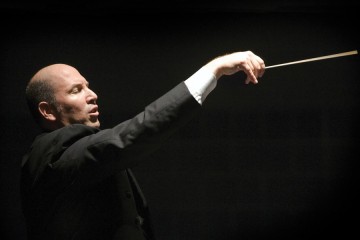