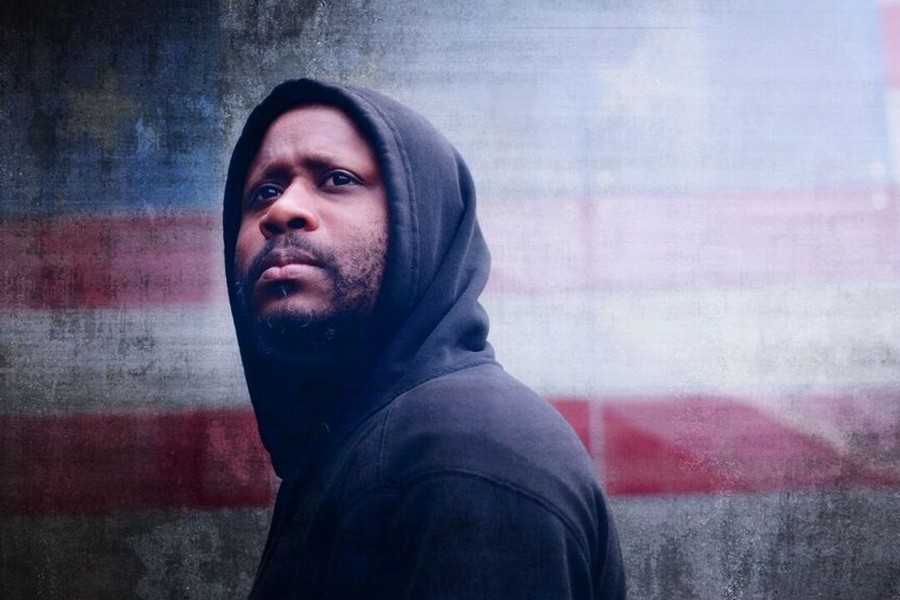 Image caption: The Baltimore beatboxer had to remind himself to listen to his body when finding a way to integrate himself into composer Bedřich Smetana's music for a March 3 performance with the Hopkins Symphony Orchestra

Last weekend, beatboxer Shodekeh Talifero stood against one wall of a Mattin Center rehearsal space watching people try to float a small square of mesh fabric across the room using nothing but their breath. This handful of students and employees from the greater Johns Hopkins community were participating in his free Beatbox Algebra workshop, receiving a crash course in thinking about how a beatboxer not only makes sound, but uses math to organize it into a vocabulary. He made levitating the fabric look relatively easy, but by the time you made it across the room, you felt like you walked up a steep hill carrying a 50-pound backpack. The simple exercise was a lesson in breathing, in thinking about how to use breath, the shape of it as it leaves the mouth, the amount of air taken in—in short, of listening to the body respond to what it's being asked to do.

Shodekeh, as he's best known in Baltimore's music communities, had to remind himself to listen to his body when finding a way to integrate himself into composer Bedřich Smetana's music when rehearsing with the Hopkins Symphony Orchestra for a March 3 concert. He's joining the HSO for the Overture and "Dance of the Comedians" from the Czech composer's opera The Bartered Bride, and while he found a place for himself inside the latter's steady pulse, the Overture was more of a challenge.

"There's so many different changes, I was stumbling through the piece as we rehearsed," he says. "Then, I don't know what came over me, but I decided I was just going to sit, inhale and exhale, and breathe while [the orchestra] continued playing in the rehearsal. I started to understand the music so much better. It was like I could hear and feel them breathing as they played through instruments, through the violin parts, through the bass parts. Everything. And their bodies will tell me what I should be doing."

Added Jed Gaylin, the HSO's music director: "Shodekeh is absolutely infused with this music. And his energy and connection with the orchestra is fantastic. He intuits so clearly the moods and gestures of this music and then adds a translation in real time, of course, in a 21st-century musical language. Then he takes it further with each rehearsal, exploring a banquet of texture and feeling."

Integrating beatboxing or other aspects of hip-hop into a symphony orchestra is a relatively recent practice in classical music's long history. Shodekeh, who curates the Embody concert series spotlighting vocal arts, points to Kenny Muhammad performing with the New York Symphony Orchestra in the late 1990s on conductor/composer David Eaton's "Kenny's Joy" as a seminal collaboration between orchestra and beatboxer.

Maestra Marin Alsop reached out to Shodekeh when the Baltimore Symphony Orchestra performed Finnish composer Jan Mikael Vainio's "Fujiko's Fairy Tale," a piece for orchestra and beatboxer, in 2010. And for the last few years Shodekeh has been the resident beatboxer and cultural ambassador for Classical Revolution Baltimore, an insurgent ensemble co-directed by Peabody Institute alumni Rafael Dreisin and Stephanie Ray that takes a sort of underground-music approach to bring classical music to audiences.

"I have for a long time wanted integrate an urban/African-American expression with the orchestra in a way that would enrich both expressions genuinely," Gaylin says. "I thought this would be interesting, especially in Baltimore and at a rich cultural environment like Hopkins. So often these cultural mashups can be a fun juxtaposition, but one or the other expression seems lessened in the experience, or perhaps a supporting character, and out of its element. After hearing Shodekeh, ... I was convinced we could cook up something really compelling."

Gaylin and Shodekeh started exchanging ideas, and it took them a moment to find the right piece of music. Shodekeh says he appreciates it when a collaborator challenges him a bit, "so I'd rather hear something I've never heard before," he says. "When [Gaylin] sent me the Smetana pieces, which I wasn't familiar with, I thought, These are cool. These are rhythmic. There are grooves within these compositions that I can attach to, or mesh with and adapt to and experiment with."

"There is a directness in these pieces that would sync up well emotionally and aesthetically with beatboxing."
Jed Gaylin
Hopkins Symphony Orchestra music director

With the Smetana pieces, "I was convinced that Shodekeh's beatboxing would add a new, fresh element that wouldn't just sit on top of the music, but would interact with it, drive it, help shape it," Gaylin says. "I also think there is a directness in these pieces that would sync up well emotionally and aesthetically with beatboxing. Both these musics are of the people. Shodekeh has been unbelievably enthusiastic about them since the minute he heard them."

Shodekeh says he's looking forward to the concert, but he has aesthetic choices to make for his performance.

To do that, he went back to the fundamentals of his art that he talked about in his workshop: how the human breath can mark a relationship between space and time.

"In a rehearsal, you have dozens of people all working together to produce a collective result," he says. "You can sit and breathe through it, inhale and exhale, and every time you do you take in all this information you need to learn something. Their bodies will tell my body what it should be doing to complement the music."

Shodekeh joins the Hopkins Symphony Orchestra at the Bunting-Meyerhoff Interfaith Center on March 3 for a performance of Smetana's Overture and "Dance of the Comedians" from the The Bartered Bride. The program also includes Franz Schubert's Rosamunde Overture and Antonin Dvorak's Symphony No. 7. A free pre-concert begins at 7 p.m., followed by the concert at 8 p.m. 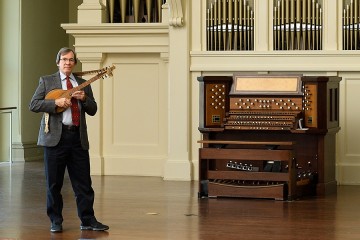 Discover the wondrous sounds of music that's half a millennium old

Published Nov 30, 2017
"For the general audience, a program like this is eye-opening," says early music performer Mark Cudek