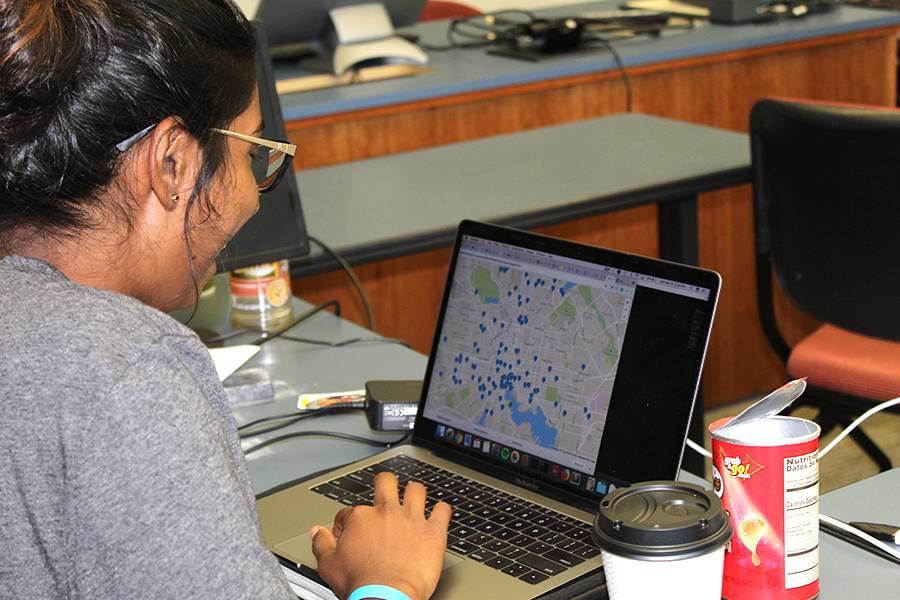 Image caption: More than 130 students took part in the biannual HopHacks hackathon at Johns Hopkins on the weekend of Sept. 15.

By Shani McPherson and Lisa Ercolano

An app that make it easier for people in need of resources to find homeless shelters. Another that helps those experiencing medical and other crises connect with the appropriate authorities. And another that enables police to easily identify urban crime "hot spots" based on previous citations.

These were among the winners of this year's HopHacks hackathon, held the weekend of Sept. 15 on Johns Hopkins University's Homewood campus.

More than 130 students from as far away as Stanford University took part in the 36-hour marathon session that challenged students to create a technology or software-based design. The student-run event is held biannually, in the fall and spring.

This year's contest included a new challenge: a so-called "Civic Hack" sponsored by the City of Baltimore's IT Department and the Maryland Institute College of Art. The objective? To use Lutéce, an open-source platform created by the City of Paris, to improve urban life. Experts from Paris attended the event to provide training and support throughout the weekend.

Student hackers said that they found the new challenge intriguing.

"I wanted to do a project that will help some people and ultimately impact Baltimore City," said Nigar Hamidli, a first-year student at Adelphi University whose team developed Shelters_db, which uses webcam feeds from homeless shelters and a neural network to determine the number of people in the facility, letting users know in real time which shelters have openings. This application, freely accessible via the internet, has the potential to provide critical information to shelter administrations, law officers, and those in need. 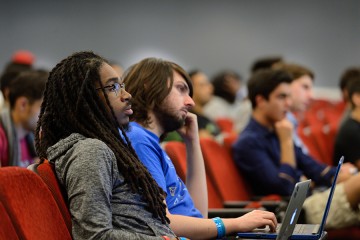