These locations, where users can consume pre-obtained drugs under medical supervision, have been proven to reduce overdose deaths and HIV transmission 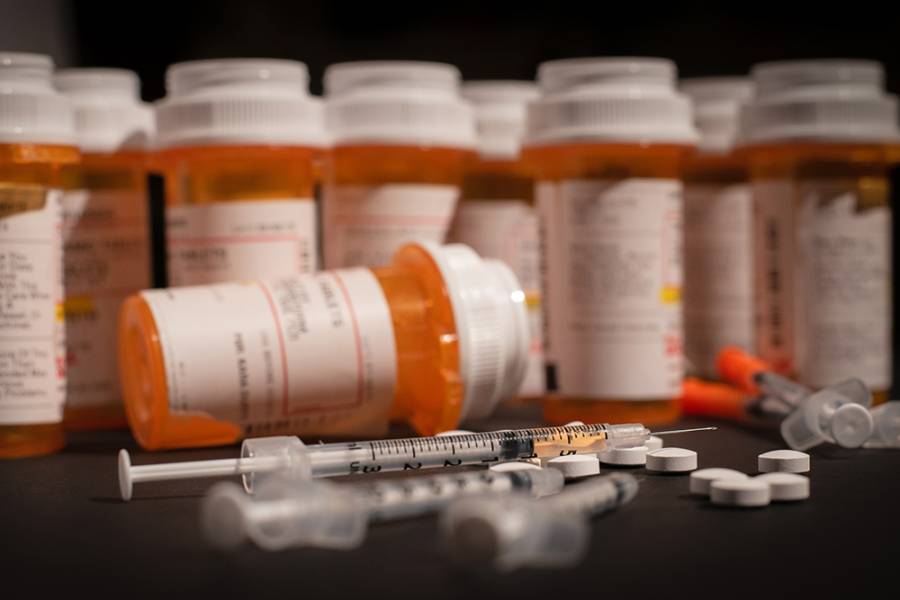 "Safe consumption sites," where people can use pre-obtained drugs with medically trained personnel on hand to treat overdoses, garner higher public support when they are called "overdose prevention sites," according to a study led by researchers at Johns Hopkins Bloomberg School of Public Health.

In a study published in the American Journal of Public Health, researchers surveyed representative national samples of Americans and found that only 29 percent of respondents were in favor of "safe consumption sites," but 45 percent supported them when the term "overdose prevention sites" was used instead.

Safe consumption sites are already legally operated in Canada, Europe, and Australia, and have been found to reduce overdose deaths as well as HIV and hepatitis virus transmission. These sites are being considered in a number of jurisdictions in the U.S., including San Francisco, Seattle, Philadelphia, New York City, and Ithaca, New York, but so far, none has moved forward to establish them. A shift to describe these sites as overdose prevention sites could make it easier to increase public support and establish them, particularly in regions heavily affected by the opioid epidemic.

"The lack of support, despite strong evidence that these sites save lives, prompted us to wonder whether changing the language used to describe them might increase public acceptance," says lead study author Colleen L. Barry, professor and chair of the Department of Health Policy and Management at the Bloomberg School. "Previous research suggests that how an issue is framed can matter when persuading the public to get behind evidence-based approaches, particularly controversial ones," she adds. "In this case, we found that substituting just three words boosts public support by 16 percentage points."

"We have a very strong evidence base ... that this approach can reduce overdose deaths, decrease HIV and hepatitis C infection, and lower rates of public syringe disposal, and they have not led to increases in crime or drug use in the neighborhoods where they are located."
Susan Sherman
Professor in the Department of Health, Behavior, and Society

Statistics from the Centers for Disease Control and Prevention indicate that about 50,000 Americans died from opioid overdoses in the United States in 2017, a substantial increase over the previous year. While the numbers of deaths due to prescription opioids are plateauing, overdose deaths due to heroin and fentanyl are rising rapidly.

To reduce overdose deaths and lessen other detrimental effects of the epidemic on individuals and communities, officials in hard-hit areas have increasingly turned to harm-reduction strategies such as syringe exchanges and naloxone distribution programs. These strategies aim to minimize negative health, social, and economic consequences of harmful drug use for people who use drugs. Syringe exchange programs allow people using drugs to obtain clean needles to prevent the transmission of HIV and other viruses. Distributing naloxone—a lifesaving medication to reverse the effects of an overdose—to law enforcement, first responders, and friends and family members of individuals using opioids has also been shown to reduce overdose deaths.

"We have a very strong evidence base from sites long-established in Europe, Australia, and Canada that this approach can reduce overdose deaths, decrease HIV and hepatitis C infection, and lower rates of public syringe disposal, and they have not led to increases in crime or drug use in the neighborhoods where they are located," says study co-author Susan Sherman, professor in the Bloomberg School's Department of Health, Behavior, and Society.

"In addition to preventing overdose deaths, another important benefit is that these sites offer a range of health and social services to connect people using drugs to drug treatment, to primary health care services including wound care, and to a range of other supports to aid them in gaining control over their lives and, in some cases, transition into successful treatment and recovery," says study co-author Beth McGinty, assistant professor of health policy and management.

In the study, Barry and colleagues conducted two nationally representative public opinion surveys using the GfK Knowledge Networks panel, a representative nationwide group of more than 65,000 U.S. adults. Both surveys included over 1,000 respondents. In the first, which used the term "safe consumption sites," the authors found that only 29 percent supported "the legalization of safe consumption sites in your community." In the second survey, using an otherwise identical language and approach, the authors replaced "safe consumption sites" with "overdose prevention sites." This time 45 percent of respondents supported the idea—a 16 percentage point jump.

The increase in support occurred across all demographic and socioeconomic categories.

"Our findings demonstrate that language matters—even minor wording changes can change the way the public thinks about a topic," Barry says. "Using the term 'overdose prevention sites' may resonate more with the public because it emphasizes the consequences of not intervening to save a life."

Barry adds: "These findings fit within a growing awareness that negative terminology that stigmatizes—words such as 'junkie' and 'addict'—really end up working against getting people into effective treatment to prevent overdoses." 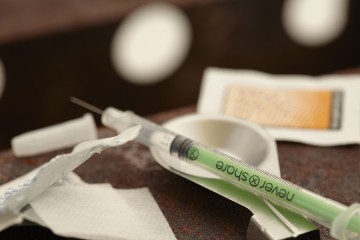 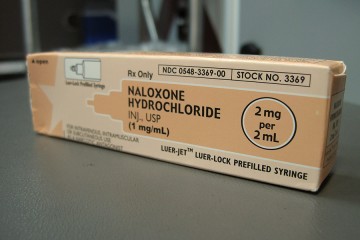 Who should be trained to use naloxone?

Published March 27, 2018
The people who witness the most overdoses—and are best positioned to prevent and reverse them—tend to be drug users themselves