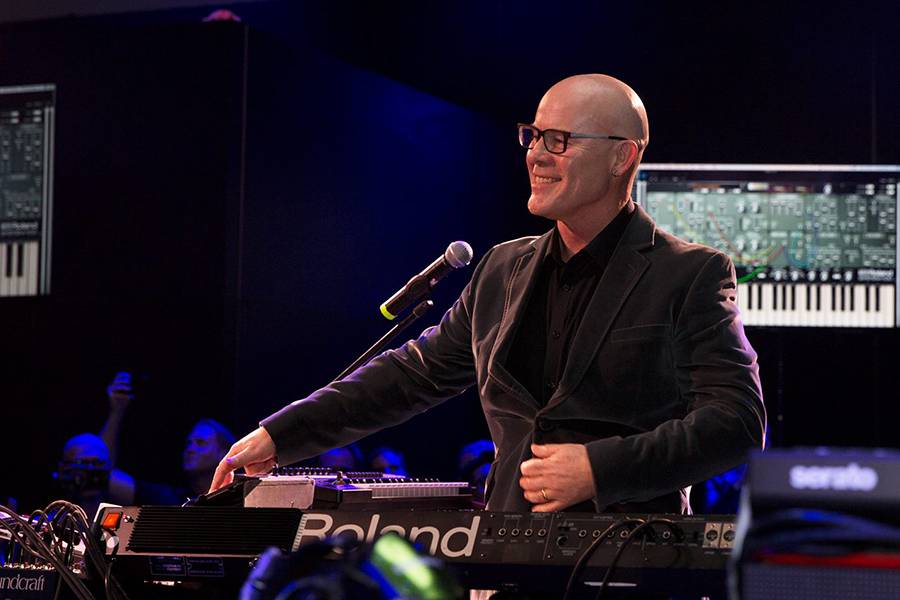 Musical pioneer Thomas Dolby has led innovations at musical frontiers for the past 35 years. An early MTV icon, his music and videos blazed a trail for electronica and experimental music. His hit "She Blinded Me With Science" reached No. 5 on the Billboard charts, and he has created original music for feature films, video games, and virtual reality installations, and he's performed on recordings by Foreigner, Def Leppard, George Clinton, and Joni Mitchell, earning five Grammy nominations. Through his tech startup, Beatnik, Dolby ushered in the age of polyphonic ringtones for cellphones, and his technology was embedded in more than 2 billion cellphones and devices.

This past summer, Dolby embarked on a retrospective music tour, inviting audiences to request any song from his decades-long catalog for a performance and discussion. He concludes his tour Wednesday in a performance at Baltimore's Center Stage.

In advance of his tour finale, the Hub caught up with Dolby, who is a professor of music engineering and technology at the Peabody Institute at Johns Hopkins.

What's unique about the performances you give as part of your tour?

It's a new format—a little experimental. Instead of doing a full set of songs, I allow the audience to interactively choose half a dozen, and then I sort of pick different pieces and talk about the inspiration behind them and some of the sounds, beats, chord sequences, and melodies, and some of the memories about how I recorded them and who else was playing on them, and so on. The audience seems to really appreciate it.

Where did the idea for this kind of concert format come from?

Well, ironically, since I've been teaching at Peabody, I've had a couple of dozen letters from fans saying, "I read about your course and I would kill to experience that. I wish I was 19 again. Can I audit your class?" Unfortunately, the answer is no, but coming to the show is the closest you can get. Although they won't be troubled with pop quizzes and grading.

What can audiences expect from your performances?

I have my MacBook on stage with me, and I mirror the screen on a big video screen so the audience can see what I'm doing. So as an example, there's a song called "Oceanea." And I'm able to record it using just three sounds, but sort of layering them. And if you've seen singer-songwriters using the loop pedal in cafes, you get the general idea. Although, this is not audio that I'm looping. This is actually MIDI and sound control. So it's quite a lot more complicated. But I'm able to actually construct a song on the fly and sort of sing and play along with it. And they can see the songs that are taking shape on the screen.

Does performing this way—a sort of exercise in metacognition—affect the way you teach or write music?

Until you teach, sometimes you never really stop to think about your own process. Until you try and explain it to others. I don't really have a set formula for composition. I can be walking on the beach at home and a song title can pop into my head and often I don't really know why it's a good title at that moment in time, but it just feels evocative and it seems to evoke a mood. And mood and atmosphere are really the first thing that I'll go for. And then I fill in the blanks—I'll do a little bit of lyrics. I'll work out some chord structures to the song.

I'm quite old fashioned, really, in my song composition. My songs actually have an intro, a couple of verses, a couple of choruses, a middle, an outro, maybe an instrumental, which is quite different from a lot of contemporary songs that are much more symmetrical and sort of beat oriented. But again, there's no strict rule for that. Some of the songs you can pluck out on the piano and sing Billy Joel style, but others are more dependent on the sounds themselves. So when I'm performing these, some of them I do very simply on the piano and voice. And others I'll build up and layer from scratch in the computer.

What is it like to be an experimental musician?

You know, being on the frontier is very stimulating. I've tended to be very drawn to sort of unknown areas where sometimes technology or technique has opened up possibilities, but nobody has yet to find them. So I'm really sort of ahead of the bell curve from that point of view, and that's where I like to be. It's quite a high risk approach because you can fall flat on your face or you can do something that is very state of the art in the moment, but quickly becomes so cliché. And to that, you feel like in the context of everything that happened afterwards, you were just part of the pack instead of being in the front.

So yeah, it's high risk. And it's also something that I can't churn them out year in and year out. I've done five or six solo albums over the course of a 35 year career, with long gaps in between. And it's a bit more like I'm permanent in making a comeback.

What's your favorite part about performing?

I think there's an element of communion with the audience. I mean, audiences are coming kind of knowing my music for 30 years. It's been a soundtrack to their lives. And many of them have seen me before on different occasions. But every night, there are a few who will come back and say, "Oh, I've been waiting for years and years to see you." And music's been so important in my life. And that's gratifying. It's also gratifying to find that the songs that mean the most to me are, in fact, the ones that mean the most to that hardcore audience as well. The nice thing about these shows is that every night is different because the songs that come out of the hat vary from night to night. So it's always fresh. 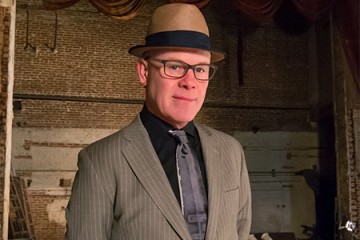 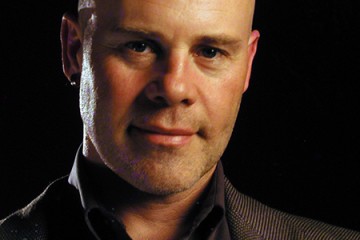