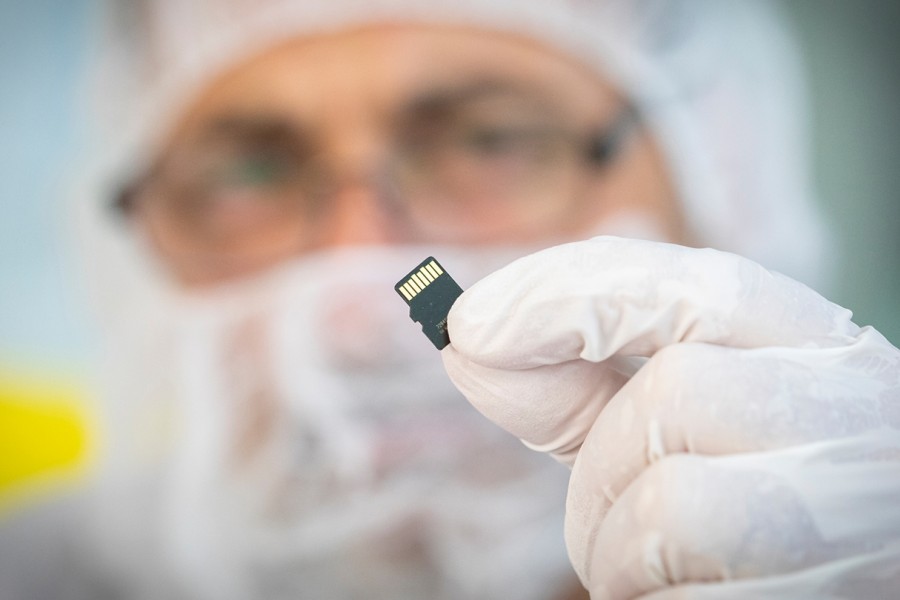 Names were submitted by members of the public in March, will become a part of humanity's first mission to 'touch' a star

When the Parker Solar Probe lifts off from Cape Canaveral Air Force Station in Florida this summer on its historic journey to the sun, it will carry with it the names of more than a million people.

Inscribed on a memory card the size of a fingernail, the names—1,137,202 in total—were submitted by members of the public in March. The memory card was mounted on the spacecraft on a plaque bearing a dedication to Eugene Parker, the mission's namesake and the heliophysicist who first theorized the existence of solar wind. Photos of Parker and a copy of his groundbreaking 1958 paper were also saved to the memory card.

"Parker Solar Probe is going to revolutionize our understanding of the sun, the only star we can study up close," said Nicola Fox, project scientist for the Parker Solar Probe. "It's fitting that as the mission undertakes one of the most extreme journeys of exploration ever tackled by a human-made object, the spacecraft will also carry along the names of so many people who are cheering it on its way."

Image caption: Scientists install the plaque and the names onto the exterior of the spacecraft (left).

Built by scientists at the Johns Hopkins Applied Physics Laboratory and featuring technology developed at the university's Whiting School of Engineering, the Parker Solar Probe is humanity's first mission to "touch" a star. The probe will explore the sun's outer atmosphere and make critical observations to answer decades-old questions about the physics of stars.

The resulting data may also improve forecasts of major eruptions on the sun and subsequent space weather events that impact life on Earth, as well as satellites and astronauts in space. To protect the spacecraft from the sun's intense heat, scientists at the Whiting School developed a shield about 4 inches thick made of carbon-carbon foam and special plasma-treated coatings. The shield will keep the spacecraft and its sensitive instruments at roughly room temperature, even as the outer layer of the shield reaches almost 2,600 degrees Fahrenheit.

A replica plaque and memory card were presented to Parker during a visit he made in October to view the probe at APL.

"From the experience of seeing the probe up close, I understand now the difficult task you are undertaking, and I am sure you will succeed," he said.

The window for launching the solar probe begins July 31. 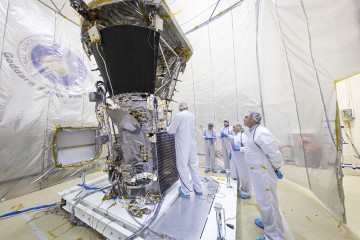 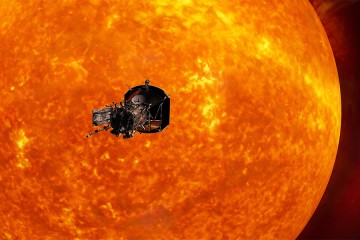 Published March 15, 2018 Video
Sign up to send your name to the sun aboard NASA's Parker Solar Probe