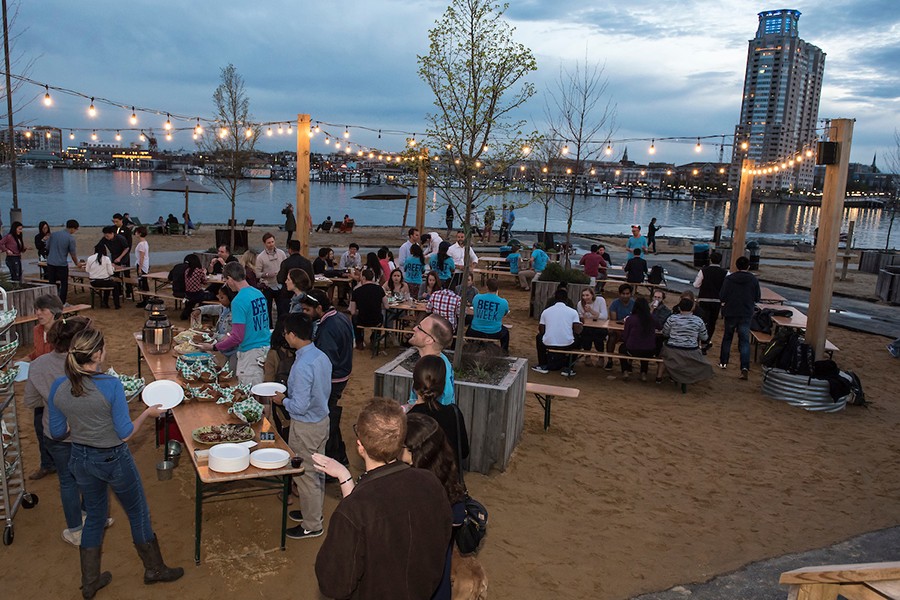 More than 600 students gathered in late April to celebrate the philanthropic roots of the Johns Hopkins Carey Business School. The celebration, dubbed "Beet Week," is a first-of-its-kind, multi-day event that brought together students, alumni, faculty, and staff, as well as other stakeholders from throughout the Carey community.

Held April 23 through the 26, Beet Week was designed to recognize graduating students' transition to alumni and to honor the philanthropic legacy of the late William P. Carey, benefactor of the school. In 1987, Carey, a philanthropist and founder of the real estate financing firm W.P. Carey & Co., settled a 20-year debt with 80 sugar beet farmers in Colorado and Kansas, who worked for a processing company which went bankrupt in the 1960s. Although Carey's family was only a minority shareholder in the firm and not legally responsible for the debt, he vowed at the time to make the farmers financially whole when his personal circumstances permitted. Twenty years later, Carey contacted every one of the original farming families involved, repaying the debt in full.

It was those qualities of responsibility, integrity, dedication, and humanity that influenced and infused the Beet Week events, starting with a kickoff celebration on April 23 with Carey Dean Bernie Ferrari delivering welcoming remarks and sharing the giving legacy of W. P. Carey. Subsequent events included a "Carey Fest" organized in partnership with the Student Government Association, and a "Your Hopkins Network" resource fair and "Leadership After Graduation" panel, both designed to assist soon-to-be Carey alumni post-graduation.

Beet Week also featured two philanthropy-focused events, including the "Business 'Why' for Philanthropy," featuring members of the Dean's Advisory Council and Alumni Advisory Board explaining what fuels their giving; as well as "Developing Your Philanthropic Mindset," where local philanthropists and a Baltimore City School Humanities teacher discussed the creation and cultivation of philanthropic values including one's time, financial support, and commitment to a cause.

"Beet Week was a tremendous success. It was incredibly inspiring to see the Carey community come together and embrace this cause," said Greg Bowden, associate dean for development and alumni relations at Carey. Bowden added that 150 students were inspired to give to the school during the week's events.

The week's festivities drew to a close with the "Beach Bash" wrap-up celebration on the waterfront peninsula adjoining Carey's Harbor East campus. Already, according to Bowden, due to the overwhelming success of this year's event, plans are underway for a Beet Week redux in 2019. 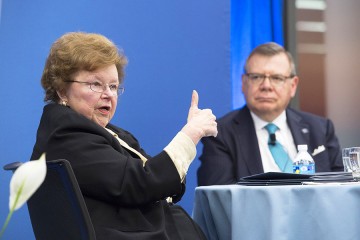