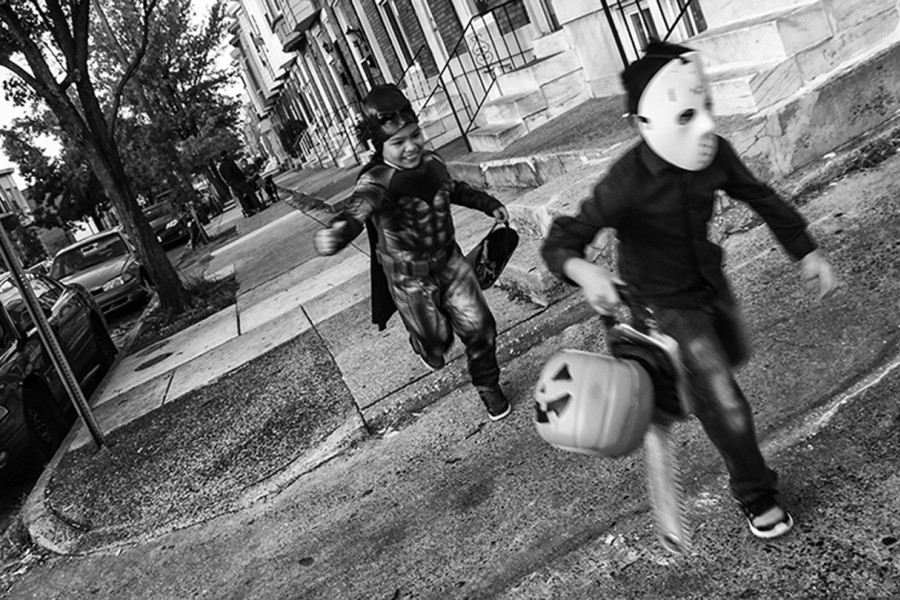 Baltimore as seen through the eyes of 7-year-olds

'7 in the City' project, which received Johns Hopkins Idea Lab funding in 2017, will premiere 12 short documentary films and a related web project in May

For 7-year-old Tenira, career goals include working at a pizza place and at Walmart before becoming a lawyer. Why law?

"So I can be smart," said the second-grader. "And because I like having a suitcase. And I like getting on computers and typing really fast like [Mom] does."

It's one of several choice quotes the 7 in the City project got from Tenira, who lives in Baltimore's Cherry Hill neighborhood with her mom and sister.

Seven-year-old Jostin, meanwhile, can't stop talking about a horror movie franchise that debuted decades before he was born. For Halloween last fall, he dressed up as Jason Voorhees, the supernatural slasher from the Friday the 13th series. He smeared a hockey mask with fake blood before making the rounds in his Greektown neighborhood. 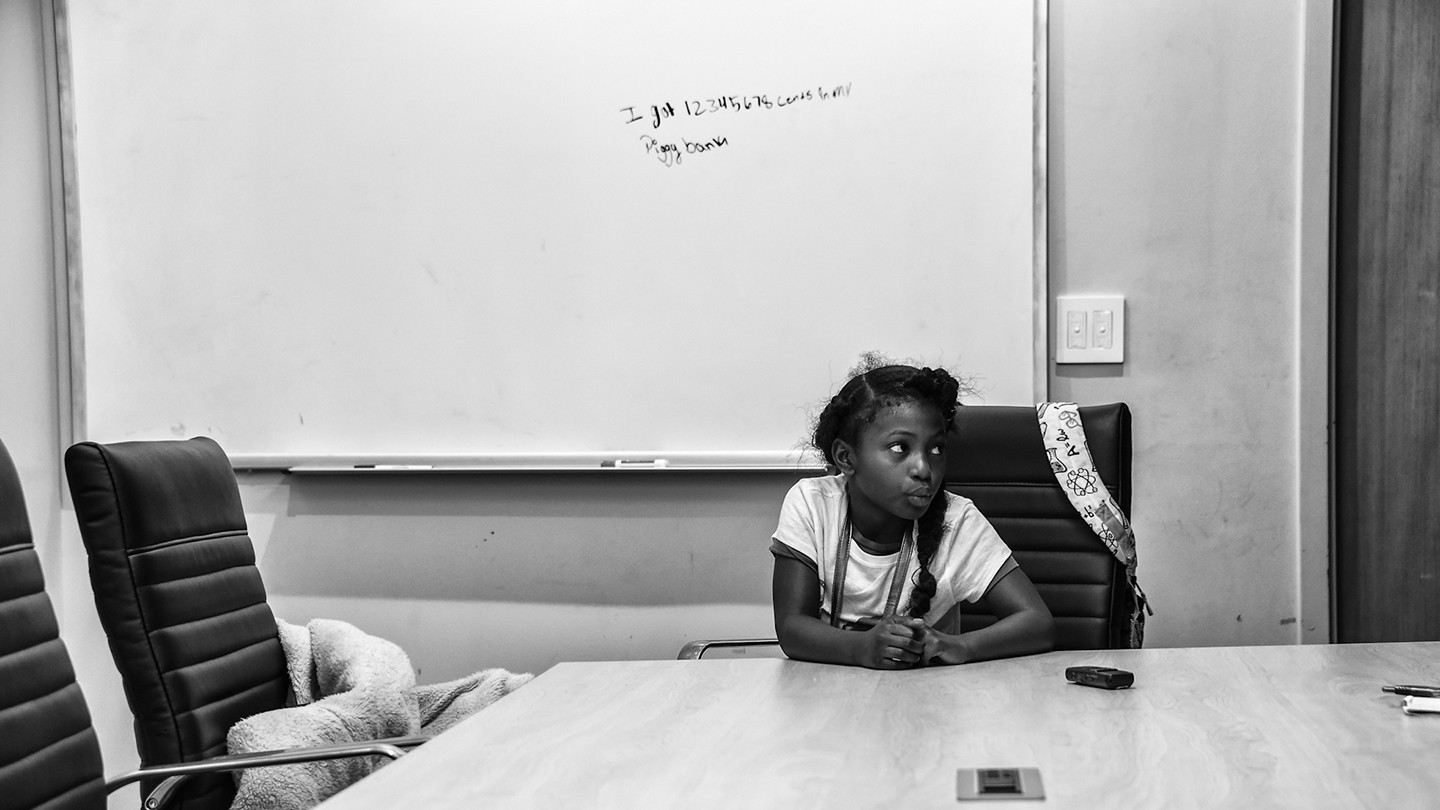 Image caption: Seven-year-old Tenira has big dreams, she tells the 7 in the City students interviewing her.

For 7 in the City, everything these kids do and say demands interest. The multimedia project at Johns Hopkins University—formed as a hybrid writing/filmmaking class—is closely following a handful of 7-year-olds as they go about their routines at home and play. Altogether, it's building a layered, intricate portrait of young lives in Baltimore.

In May, the class will premiere 12 short documentary films along with a website full of related articles, photos, graphics, and maps.

The choice of age 7 was not arbitrary. For one, they're naturally engaging interview subjects.

"They're chatty, they're confident, they're beginning to think abstractly," says Karen Houppert, the Johns Hopkins writing professor who's steering the project, along with film and media professor Matt Porterfield. 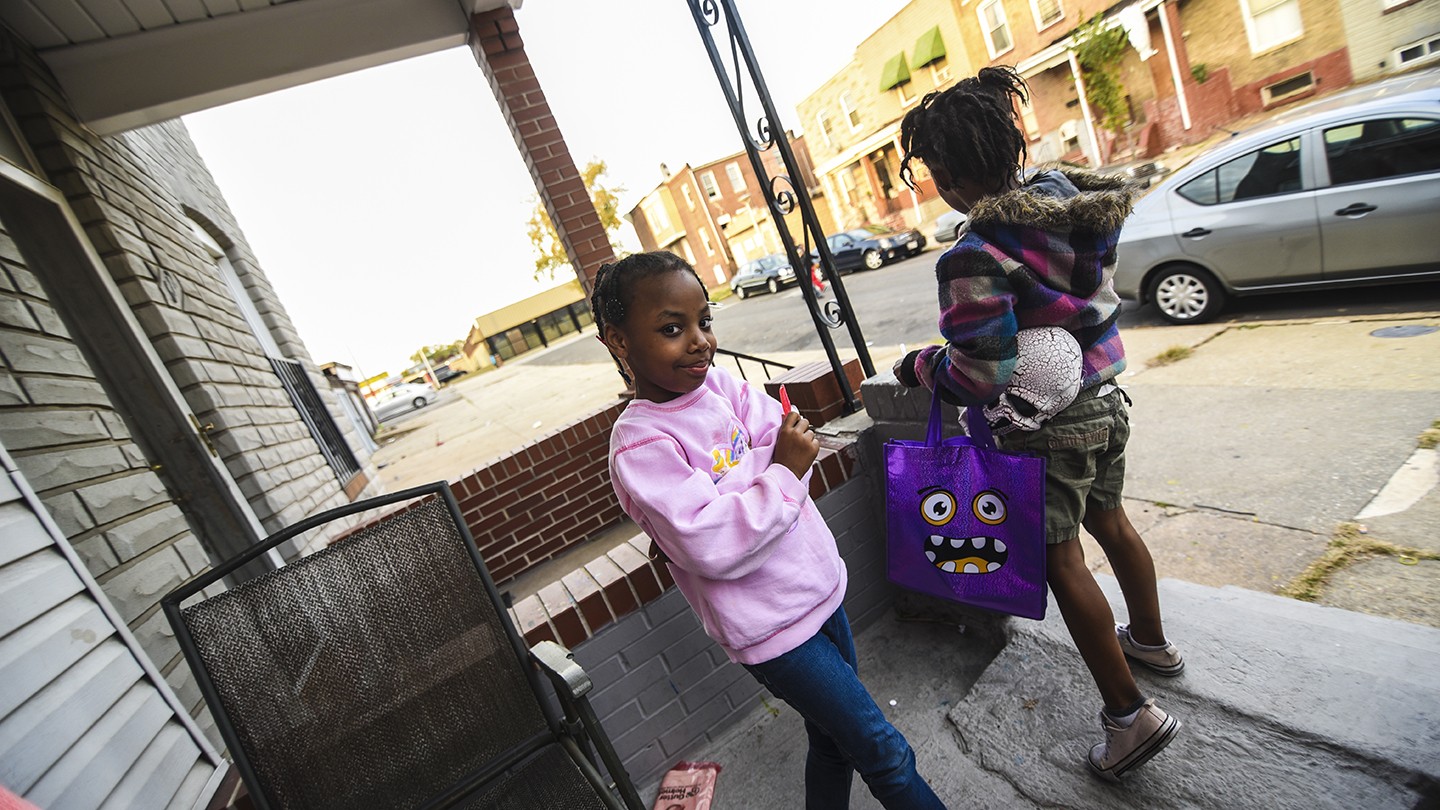 The primary inspiration, though, is another documentary project that found 7-year-olds fascinating: the British Up series by Michael Apted. It started out by profiling several schoolchildren in 1964, using their different social classes as a lens to examine their viewpoints and aspirations.

The initial 7 Up film—whose premise was the Jesuit adage, "Give me a boy of seven, and I will give you the man"—expanded into a decadeslong experiment that is still ongoing, revisiting its subjects every seven years. The groundbreaking series has inspired spinoffs in countries around the world.

For Houppert, the idea of a Baltimore-centered project first struck a few years ago, when she was editor-in-chief of Baltimore City Paper. But the 7 in the City concept ultimately crystallized at Johns Hopkins, with an Idea Lab grant of $10,000 and Porterfield joining to guide filmmaking.

Last fall, Houppert's graduate writing course challenged students to compose profiles of the Baltimore 7-year-olds, encouraging them to investigate systemic social issues touching their lives—such as teen pregnancy and the closure of city rec centers. Those articles will ultimately appear on the 7 in the City website, along with photos by local photographer J.M. Giordano.

For the spring, the focus is on crafting the documentaries. The student filmmakers are out capturing footage every week, says Porterfield, spending hours at a time with their 7-year-old subjects in their homes and activities. 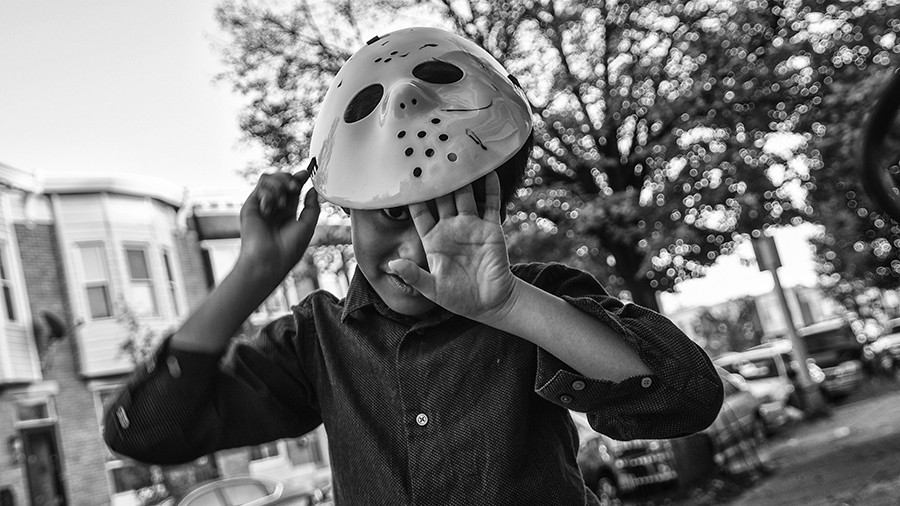 Image caption: Seven-year-old Jostin peeks out from behind his Jason mask

Getting the kids to open up and get candid, he says, is "about figuring out what makes them comfortable"—often through engaging in their favorite hobbies.

The 7-year-olds come from a range of different backgrounds, classes, and neighborhoods in Baltimore. Though filmmakers are asking each child a baseline set of questions, beyond that they have free rein with style.

In the end, the hope is to connect 7 in the City with a major media partner to share it with a wider audience.

To Houppert, the whole enterprise falls into a compelling gray area outside traditional academia, which she says has helped students connect to it more personally.

"This isn't fake work, it isn't just schoolwork. It's actually real work—something people are going to see and read," she says. "They want to get it right."

The screening for the "7 in the City" documentaries will take place at 6 p.m. on Monday, May 14, at the JHU-MICA-Film Centre, 10 E North Ave.